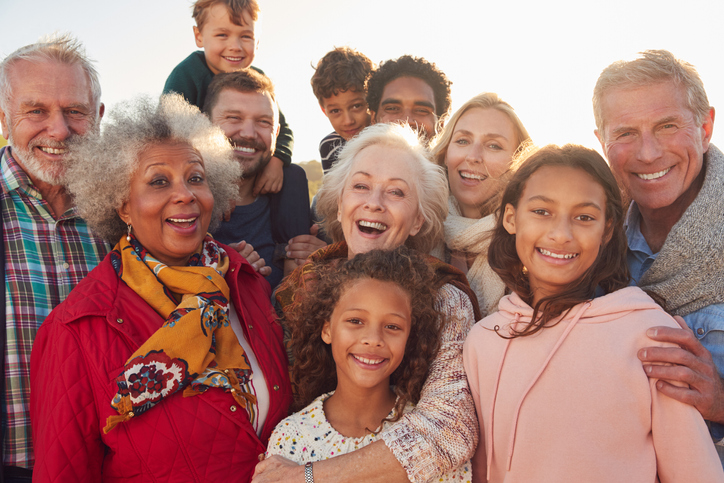 In his acceptance speech at the Democratic National Convention, Joe Biden said that we should do more than praise caregivers. He said we should pay them. But, whom do we count as caregivers?

Even in the best of times, it is women who bear the brunt of the unpaid workload of caring for children, but during the pandemic, women have born significantly greater responsibility. Women have suffered more job losses and moms have reduced their working hours four to five times more than dads during the pandemic. Plus, as usual, women do more housework than men.

In addition to more childcare and more housework, 80%of mothers say they are also doing more homeschooling than their male partners. Single mothers, however, have to do it all. If a single mother, for example, is unemployed because of COVID, she must apply for five jobs a week. The US economy has only gained back a small fraction of the 22 million jobs lost since the pandemic, so she will be lucky to get a job interview. But, if she does get an interview, few employers will be able to accommodate the flexible schedule she needs in order to help her young child with distance learning.

Biden’s plan puts a lot of emphasis on caregiving, but it does little to help unemployed single mothers, breastfeeding mothers, or the 11 million parents who care for their own children. His plan calls for a refundable tax credit for families of $8000 to $16,000 a year, to reimburse them for childcare expenses, but all parents do not use childcare. And, while his plan also includes a $5000 a year tax credit for informal caregivers, the credit does not apply to parents who are caring for their own children.

There’s no doubt that childcare costs are a significant financial burden for many families. On average nationwide, families spend 7.2% of their income on childcare. For a family of three with an income above $40,840, childcare would cost nearly $3000 a year on average. For many families, the cost of childcare is simply out of reach.

Not all families need childcare

Biden’s plan fails to include parents who care for their own children and does not improve child poverty. We know now that even a brief stay in poverty can have lifelong affects. Poverty itself causes negative child outcomes. And, the pandemic is sharply increasing poverty to a level that could exceed the Great Recession and may well be the highest point in 25 years.

In his recent Atlantic article, “Where is the Bailout for Parents,” Elliot Haspel writes:

Society needs healthy children and families, and therefore, families— especially low-income families, who are more likely to experience instability and the attendant ills of child poverty, during a pandemic or not—deserve financial support.

One successful way to support families is through child allowances, which are supported by conservative, liberal and libertarian think tanks in the US. Throughout the entire European Union, in Australia, Argentina and Japan, child allowances help to reduce child poverty and thus increase overall health and levels of education. A few years ago, Canada increased its maximum payment to about $4,800 per child per year (in American dollars), and quickly reduced child poverty by a third. Britain has been paying child allowances since the end of World War II.

The American Family Act (AFA), of which Kamala Harris is a co-sponsor, establishes a fully refundable child allowance by raising the Child Tax Credit to $3600 a year for young children and $3000 for older children. A one-year version of the AFA was included in the HEROES Act, recently passed by the House of Representatives. According to a report from the Century Foundation, a robust child allowance would slash poverty overall by 42%, lifting over four million children out of poverty, and reduce poverty among Black children by more than half.

An example of a successful program that makes direct payment to families is that of the Eastern Band of Cherokees of Western North Carolina. As Jason DeParle reported in the New York Times recently, the Eastern Band of Cherokees began giving each adult tribal member $4000 per year 30 years ago. The children were found to have completed more schooling, committed fewer crimes, and had less problems with anxiety, depression and substance abuse. The poorest children benefited the most.

Another example of a successful program is The Magnolia’s Mother’s Trust, an initiative that provides low-income, African-American mothers in Jackson, Mississippi $1000 cash monthly for 12 months, no strings attached. One hundred percent of the participants said they now had enough money to meet their basic needs. Eighty percent were able to pay their bills and the number of those who completed their high school education increased by 22%

Our political leaders are on vacation while American families go hungry, fear eviction from their homes, and continue to lose their jobs. Are not parents essential workers? It is time to acknowledge the value of unwaged caregiving work by supporting policy efforts to improve the wellbeing of all caregivers, specifically policies that make direct payments to children and families.