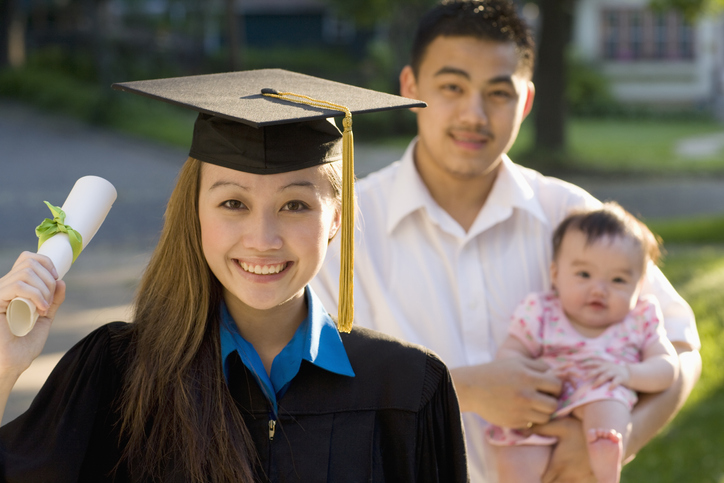 I was nearly 42 years old with five children at home when I decided I wanted to pursue an undergraduate degree at our local university. Initially, I wondered how I could do it, as I was homeschooling my children, and my spouse was working outside the home. However, with his encouragement and my own burning desire, I applied, was accepted, and began my studies.

It took me six years to complete a Bachelor of Arts degree, and during that time, I had one more baby and continued homeschooling my children while my spouse built a successful business at home. As I write this, I am less than two weeks away from walking across the stage to receive my degree and plan to continue in graduate studies in a few months. We will have four children remaining at home, and I will continue to homeschool some of them while pursuing a master’s degree.

Fortunately, I have a supportive partner who has encouraged me along the way and makes it possible for me to not only study and attend classes, but helps me succeed in my studies. My own experiences as a student parent led me to study student parenting more thoroughly. I discovered that although it has been researched for several decades, little has changed, despite calls from scholars to support student parents better. 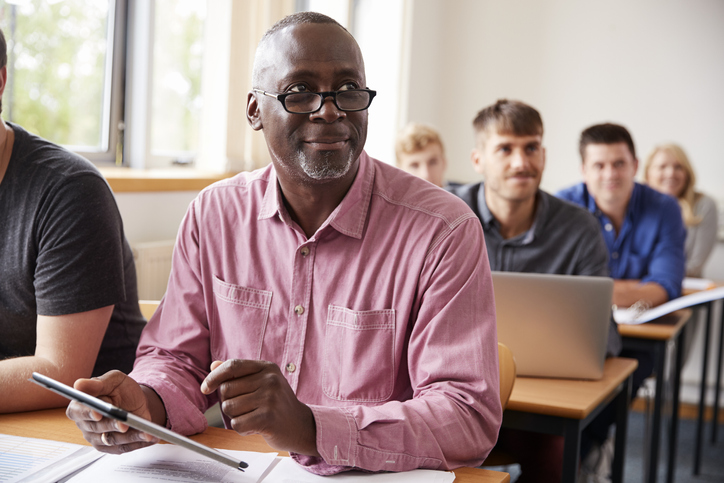 Student parents on the rise

While student parents are a rising demographic at post-secondary institutions in the Global North,  student parenting is virtually invisible in a post-secondary setting. Services and supports are directed to young, unencumbered students who have active social lives. Although services and activities are available to all students, they are designed for the young student who has no dependents.

Nevertheless, more students who have dependent children are returning or continuing in post-secondary study while balancing their education with parenting. Statistics Canada shows post-secondary student parent numbers steadily rising from 2000 to 2010. The United States show similar trends. Elizabeth Noll, et al. maintains that the number of student parents in the United States climbed by 30% from 2004 to 2012, and that student parents comprise 26% of the entire undergraduate student population.

Student parents are students who parent one or more children. Some have partners, some are single, some work part- or full-time jobs, some have other responsibilities (such as caring for aging parents), and some volunteer, but all pursue full- or part-time studies. What they all have in common is parenting at least one child while going to school.

Student parents do receive admiration from some people, but more often than not, they are stigmatized: parenting while attending school is frowned on. One single mother seeking financial assistance during her first year of study was told that “maybe this isn’t the right time for you to be in school.” A student father couldn’t participate in a track club, as it was required for all participants to practice daily. His classes and studying already kept him from time with his family, and he couldn’t justify more time away. He isn’t alone: most student parents forgo extra curricular activity or event participation, as it comes down to choosing their family time or personal leisure time. 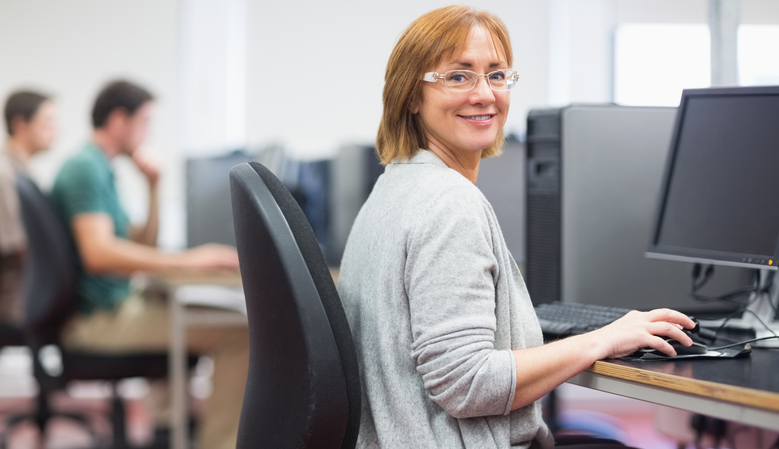 Another finding is that student parenting remains largely invisible and, outside of precarious family support, student parents get little, if any, recognition or support institutionally. All of my research participants related experiences where they faced stigmatization or invisibility as student parents. One discovered that her status as a parent affected her interaction with fellow students and so actively hides the fact she has children. Another student mother stopped breastfeeding earlier than she wanted as there was no place on campus she could store pumped breastmilk.

My own experience as a student mother when I brought my baby with me was that I could find only one comfortable place on campus where I could breastfeed my baby that was convenient to my classes. These examples suggest that students aren’t expected to have parenting responsibilities so activities and some classroom responsibilities ignore students’ parental status. Some student parents get plenty of support from their families or communities, while others lack support inside the home and are left to their own internal resources to carry through with educational pursuits. What remains apparent is that student parents are often self-motivated to maintain the course when possible, and need concrete, active support from their post-secondary education institutions. 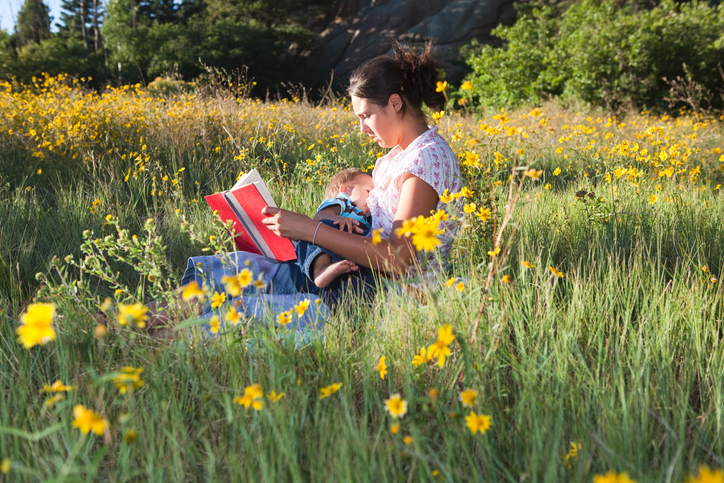 Some ways that student parents are supported

This isn’t to say that all post-secondary schools drop the ball on student support. Some do see student parents and recognize their needs, putting effort into supporting these students in specific ways that address their needs. My participants related various ways that professors accommodate their needs. One participant, for example, had an assignment come due when her son was hospitalized. As his needs required her attention, she knew she needed an extension on her paper. When contacted, her professor immediately told her to take all the time she needed and to not worry about anything until her son was well and she could resume her writing.

Another participant is an art student and from the beginning of her program found support from her instructors and her fellow students. They openly welcome her daughter in the studio whenever she comes, making a place her daughter can stay while she is busy with projects. A few fellow students will actually request she bring her daughter. She feels so welcome and supported as a mother in this environment which compensates for other times she experiences stigmatization.

Many support and academic staff also show ongoing and unquestionable support in visible ways. From welcoming babies into the classroom to creating policies in class syllabi, professors validate student parents. One US professor created a policy in her class syllabus that was borrowed by a Canadian professor, outlining the expectations of student parents bringing children to class, and letting non-parents know that children are welcome. 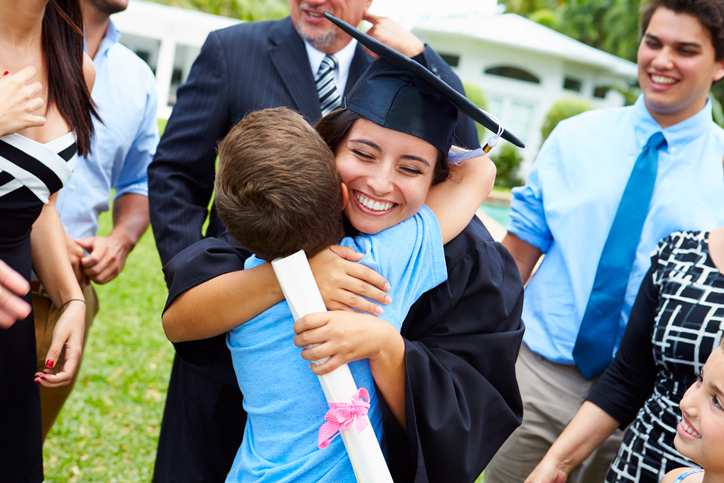 Bias toward mothers and parents

My own research, supported by other scholarship, uncovers an ingrained bias towards parenting, which extends to mothering in particular, in public. Student fathers are invisible, as no one sees them as having children, or if they do, they are seen as not needing to worry about caring for their children, as someone else (the mother) is doing it for them. Student mothers are stigmatized because society as a whole does not accept mothering in the public arena.

Women, generally, must conform to gendered stereotypes of behavior in the public and private spheres. Extending this, mothering as an ideal needs to happen in a specific arena, and the educational institution does not qualify as an appropriate place to parent children. In addition, we are conflicted about motherhood and work. While 73% of American adults say that the trend toward more women in the workplace is good for society, only 21% of adults say that the trend toward more mothers of young children working outside the home is a good thing for society.

Reality contradicts this idea, however, as mothers are (and have been for centuries) working outside the home, and pursuing post-secondary study is no exception. Adrienne Rich suggests that this bias directed to mothering stems from patriarchal motherhood, which dictates that mothers must adhere to certain roles, such as being solely responsible for the emotional, physical, and intellectual well-being of their children. The “good mother” will give all her time and attention to her children.

However, Andrea O’Reilly suggests an alternative idea to this concept: she believes mothers can define their own experiences and decide how that should look, whether it includes working, attending school, or whatever mothers want to do, along with parenting their children and that “mothering” can be empowering. 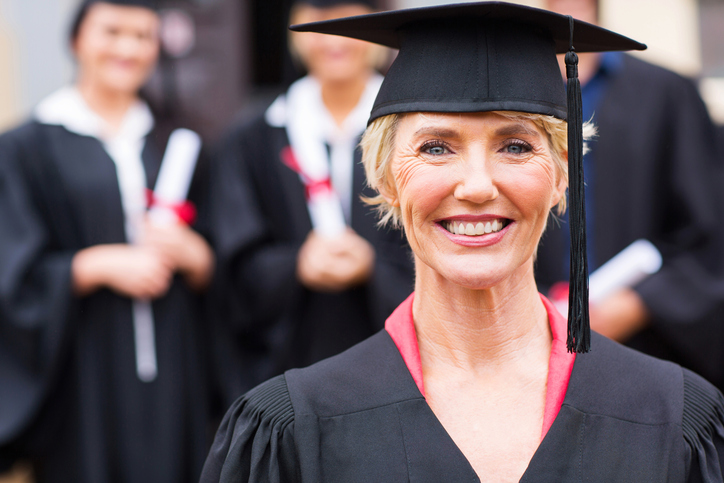 Including student parents in the conversation

Parenting while pursuing post-secondary education is not inaccessible. Along with being a reality for many, it can and should be seen as a positive action. While society may take longer to change its view, post-secondary institutions can start including student parents in the conversation by asking them for input on what they need and want and making sure they are counted in the student population as parents.

They can create policies and supports that include spaces and services specifically directed to students with children, and recognize student parents as bonafide post-secondary students. Policies that specifically refer to students who have children by addressing their needs in parenting and creating spaces that are welcoming and accommodating to children are examples of ways institutions can move the process along. As a result of my research, our university women’s centre has decided to carry diapers and provide refrigeration for pumped breastmilk. It also clearly advertises that it has a welcoming space for breastfeeding mothers. Concrete ways such as these validate student parents.

There are other ways—such as just acknowledging that children are sometimes with their student parents, or that student parents have more than studying on their plate—that can make a big difference to student parents’ educational experience. By recognizing and addressing the needs of student parents, not only will post-secondary institutions benefit, but communities and societies as a whole will reap the rewards. 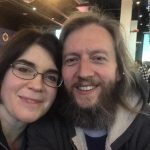 Mary Siever lives with her husband, Kim, and five of their six children in Lethbridge, Alberta, Canada. The eldest child has flown the nest, and the second oldest will follow suit this autumn. Mary completed a BA with a double major in women and gender studies and English in 2019, and will begin a master’s in women and gender studies later this year. She continues homeschooling some of her children while attempting to school herself.