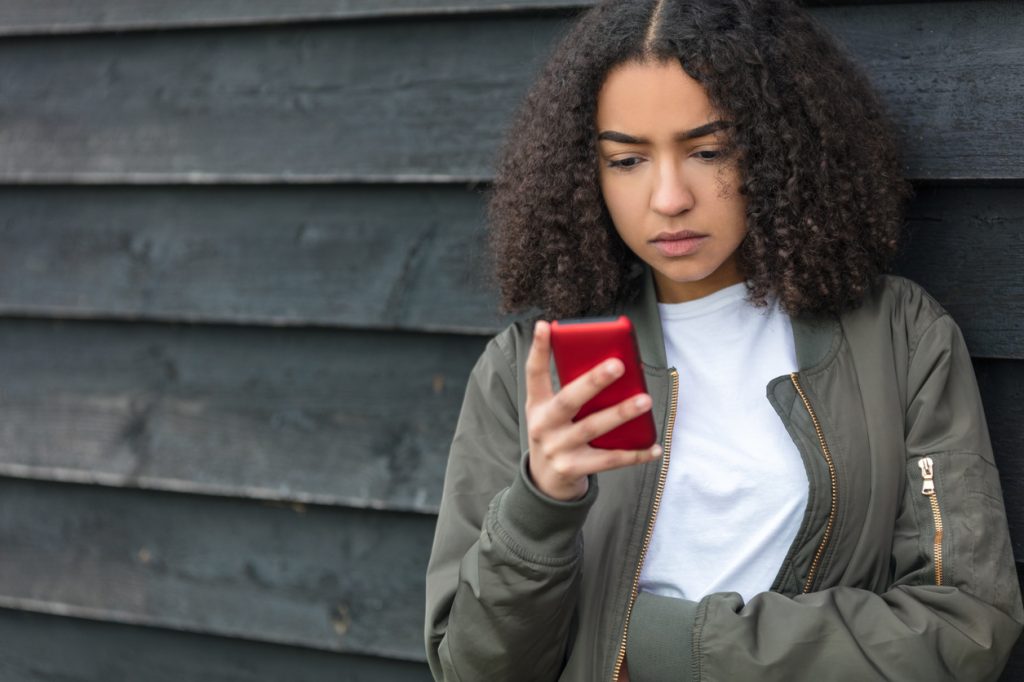 According to McAfee’s, “2014 Teens and the Screen study: Exploring Online Privacy, Social Networking and Cyberbullying,” reports of cyberbullying tripled in just one year.

In 2015, the Cyberbullying Research Center released a survey done among middle school students aged 11-15 years old showing that 34% of their respondents had been cyberbullied with threatening text messages, online gossip, hurtful comments online, and fraping (altering information in a person’s profile on a social networking website without permission).

Usually, there is a close relationship between traditional bullying and cyberbullying in that those who are bullied in school are also harassed online. Conversely, traditional bullies are often online bullies as well. Girls are more likely than boys to be cyberbullies on social media apps. Boys tend to favor online gaming venues for bullying. The cellphone is the most common medium of cyberbullying.

According to KidGuard, here are some signs that your child might be experiencing cyberbullying:

The dangers of cyberbullying

Online intimidation can be much more pervasive than traditional bullying because the harassment may occur constantly, many times, 24/7.  Cyberbullying is regarded as a mode of teen violence, the repercussions of which have proven to be serious.  Many victims admit to feeling depressed, helpless, and worthless.  Some have entertained serious suicidal thoughts and there are a number of actual suicides linked to cyberbullying.

Although cyberbullying may not be the main culprit behind tragic incidents, it can be contributory.  Cyberbullying is more hidden than real-life physical bullying. In addition to the psychological hurt it can cause a teenager, bullying in this digital age can damage social reputation and have lasting detrimental effects.

If your child is a victim

If your child is the victim of cyberbullying, here are some things you can recommend from i-Safe.

And, here are KidGuard’s suggestions for responding to cyberbullying. 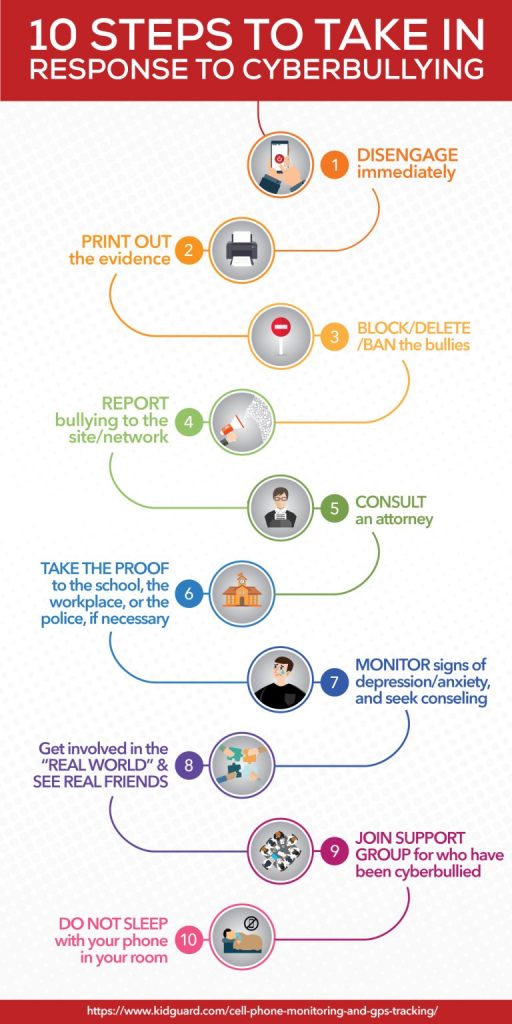 This is reprinted from KidGuard, a technology services company that provides information & tools for parents. Special thanks to Amy Scholl.

For additional resources on cyberbullying, see “A Comprehensive Cyberbullying Guide for Parents.”