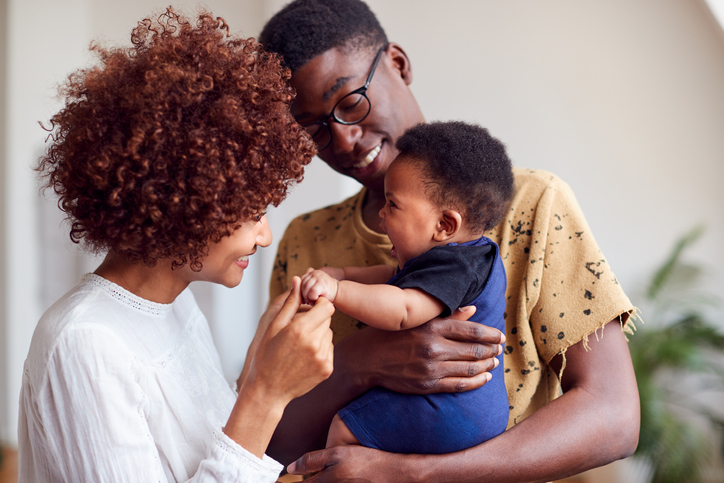 Circumcision is the most common surgery performed in the United States today and is done mostly for social and religious reasons. Fifty years ago, nearly 80% of American male babies were circumcised, and parental consent was not required. As of 2010, the national rate of newborn circumcision was 58.3%, and consent of at least one parent is required.

The World Health Organization (WHO) estimates that globally one-third of males aged 15 years and over are circumcised, with almost 70% of those being Muslims. In Europe, where only about 10% of men are circumcised, also mostly for religious reasons, circumcision is seen as a human rights issue. In a recent German case, for example, the court ruled that infant circumcision constituted an act of inflicting bodily harm, comparing it to female genital mutilation, widely banned in Europe, and illegal in the US.

Several regions of Switzerland and Austria have made it illegal to perform circumcisions, and medical societies in Sweden and Denmark have recommended a ban on the procedure. The Swedish Medical Association recommends that a boy give his consent for a circumcision and that the procedure not be performed before the age of twelve.

Circumcision rates in the US have fluctuated largely due to the inconsistent recommendations of the American Academy of Pediatrics (AAP). In the 1970s the AAP stated that there were no medical indications for routine newborn circumcision. In 1989, the AAP revised its policy to say that there were potential medical benefits to newborn circumcision. The 1999 AAP policy said that despite potential medical benefits of newborn male circumcision, there was insufficient evidence to recommend routine infant circumcision. In 2012, the AAP revised its policy once more:

Evaluation of current evidence indicates that the health benefits of newborn male circumcision outweigh the risks and that the procedure’s benefits justify access to this procedure for families who choose it.

Insurance coverage for circumcision was a significant motivation for the 2012 AAP circumcision revision, and one of the few substantive changes from past policies because circumcision has increasingly been looked upon by insurance companies as elective surgery.

Other countries are more consistent in their recommendations regarding routine newborn circumcision and uniformly oppose the procedure.

…does not support recommending circumcision as a routine procedure for newborns.

The Australian College of Paediatrics

Neonatal male circumcision has no medical indication. It is a traumatic procedure performed without anesthesia….

To circumcise for therapeutic reasons where medical research has shown other techniques to be at least as effective and less invasive would be unethical and inappropriate.

The widely varying rates throughout the world confirm that circumcision is done for both cultural and religious reasons. If there were a compelling medical rationale for it, it would be more universal.

Today these claims have been discredited, but a whole new set of medical rationales exist. The fact is that current medical justification for circumcision developed after the operation was widely in practice. 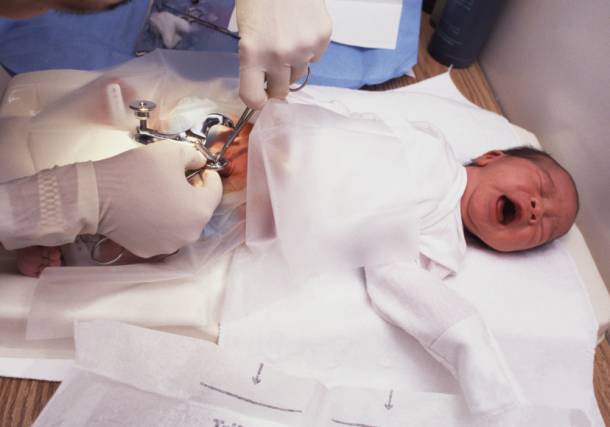 Circumcision causes severe, persistent pain and until recently was performed on infants without anesthesia because anesthesia is risky with newborns and ineffective with circumcision.

We now know that newborns are perhaps more sensitive to pain than are adults. Recent studies have shown that early pain or trauma can have long-term consequences on sensory or pain behavior, extending into childhood or beyond. One well-documented study indicated that boys who are circumcised without anesthesia have a lower pain threshold than girls or uncircumcised boys.

Subdued, less interactive behavior is a common reaction to stress in newborns. In response to unbearable pain, circumcised babies sometimes withdraw into a state of prolonged, un-restful sleep that can last several days or more. They breastfeed less frequently and are less available for interaction. This withdrawal may disrupt mother-child bonding and lead to early breastfeeding failure.

The rights of the child

Circumcision results in the loss of a normal, functioning body part, and leaves a scar. The foreskin is the most erogenous zone in the male body, containing a greater concentration of specialized nerve receptors than any other part of the penis. Circumcision cuts off more than three feet of veins, arteries, and capillaries; 240 feet of nerves, and more than 20,000 nerve endings

Infant circumcision violates the standards of informed consent. Legally, patients have the right to refuse treatment or seek alternatives. An infant is obviously too young to consent to anything, but he is the one who must live with the consequences of the procedure.

Consent by one or both parents is now required by law, but rarely are parents truly informed of the traumatic nature of the operation or given all the current medical arguments. When given a choice, most men value their wholeness and would keep their foreskins, for the same reasons that they would keep their other organs of perception.

For More Information on Circumcision: