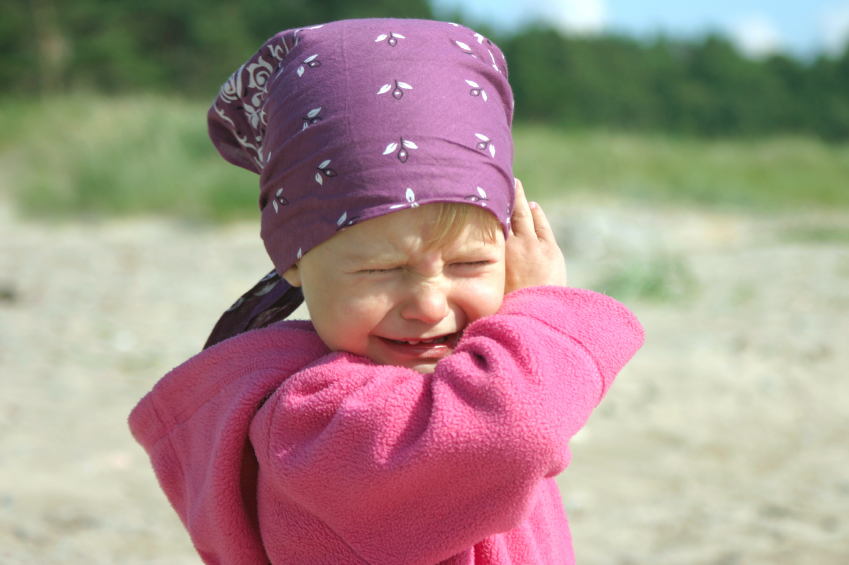 According to the National Association of School Psychologists, a tantrum occurs when a young child—usually between the ages of one-and-a-half to four—experiences a mixture of anger and sadness to the point where he or she loses control. A child doesn’t consciously choose to have a tantrum. A tantrum is an overwhelming expression of feeling that is frightening for a child to experience. It’s also hard to watch as a parent.

In 2011, two researchers at the University of Minnesota collected a large amount of data on tantrums. “We have the most quantitative theory on tantrums that has ever been developed in the history of humankind,” remarked Professor Michael Potegal in a National Public Radio interview. By placing small microphones in the clothing of toddlers, hundreds of tantrums were recorded. The recordings were compiled and the vocalizations characteristic of tantrums were charted according to angry and sad tones. While these tones overlapped, it was clear that after the angry tones peaked, the sad tones dominated.

So, a tantrum is an uncontrollable outburst of anger mixed with sadness and once the peaks of anger are over, sadness remains. How best to respond to this powerful expression of emotion?

My research on the subject is motivated by the fact that my two-year-old son occasionally passes out from holding his breath in a tantrum. Breath holding spells occur in about 5 percent of toddlers. While children outgrow them, they are jarring to witness. I love my little boy beyond words. I want to find positive ways to side-step tantrums and respond wisely when they do occur. I offer the following reflections as a helpful support to parents of toddlers everywhere. 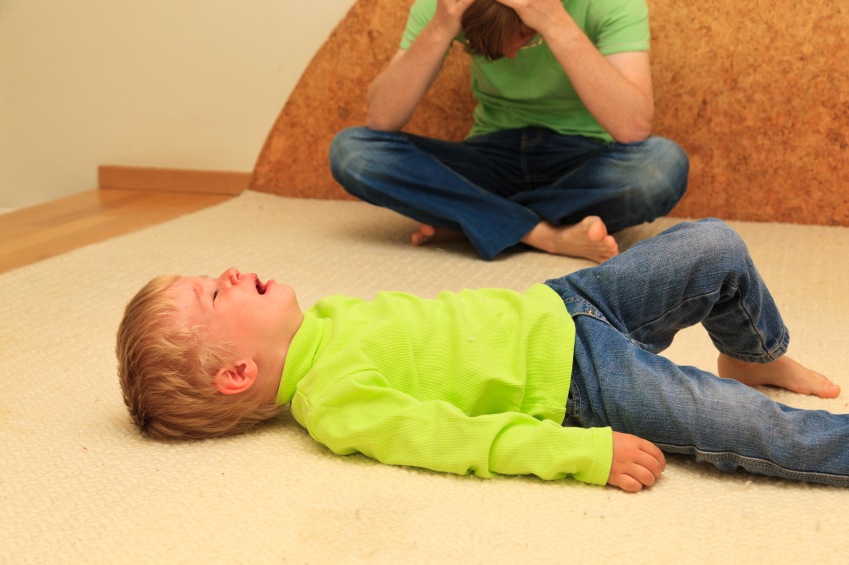 Don’t have your own tantrum. You don’t want to respond with the same energy as your child. Your little one needs you to stay calm and hold space for the expression of feelings, not to lose yourself in them. Remember, you are the adult. The extent to which you have made peace with the normal, though difficult, emotions of anger and sadness determines how calm, empathetic, and clear you can remain when your child has a tantrum.

Be aware of your own emotional triggers. During your child’s tantrum, if you find yourself gritting your teeth, wanting to yell, hit, or engage in a power play with your little one—just stop. Step back. Take five deep breaths and know for certain that it’s your past that is moving through you. You are being triggered. Someone who didn’t carry painful emotional baggage would meet your child’s outburst patiently. You don’t want to repeat any abusive or painful patterns from your past. Remember, if a parent can’t stay calm and centered, how will the child learn to regulate difficult emotions?

Don’t try to reason with a small child who is out of control. During a tantrum, the developing neocortex shuts down. A child is functioning with pure emotion and survival energy. She doesn’t have access to her developing sense of reason. According to the research done on children and tantrums, trying to reason with a child during a tantrum actually makes them last longer. Relying on the power of human empathy is the key.

Increase your child’s feeling of personal authority. According to Dr. Laura Markham, author of Peaceful Parent, Happy Kids,” most tantrums stem from a sense of powerlessness and most tantrums can be avoided. To avoid them, a parent needs to decrease the child’s feelings of being overwhelmed and powerless. For instance, if your home has a lot of child un-friendly spaces, your little one will be frustrated. The need to explore is primal. If your child is always hitting into a “no,'” he will feel powerless. Make your home as child-friendly as you can in order to increase your child’s sense of power as he explores the world. 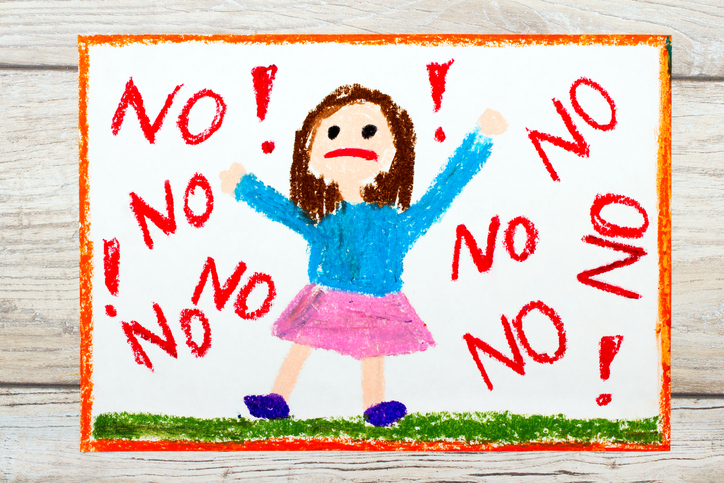 Let your child say, “No” Certainly, any parent can attest that children often have desires that conflict with their own. Markham encourages parents to set “limits with empathy.” For example, before you set a limit, as long as it is not an issue of immediate safety, acknowledge the desire first. By acknowledging what your child wants before interrupting her concentrated quest with a “no,” your child feels understood and less overwhelmed by your power. Also, it’s important to remember that your child is a human being who has the right to dislike things. Markham encourages parents to let children say “no” as long as the “no” isn’t infringing on another’s rights or relating to the basics of safety or health.

Keep children well fed, well hydrated and well rested. Many tantrums occur when children are tired or hungry. This relates to the sense of being overwhelmed. If your goal is like mine — to avoid most tantrums—then be sure to keep your child balanced physiologically. When sleep patterns are all over the map and meal times are unpredictable, your little one will have tantrums. Children need rhythm and ritual to mark the passing of days. In fact, we all do. Our job as parents is to maintain a healthy and balanced rhythm in the home.

Use simple, descriptive language. When tantrums do occur, use very few words. During the peaks of anger, it’s best to use none at all. However, as you notice a child’s frustration build, empathetically present short sentences describing the feelings surfacing. This way a child comes to identify what he is feeling. “Janice feels mad.” “You are angry at mommy.” “Luke is sad right now,” etc. By acknowledging the presence of emerging negative feelings, often a tantrum can be derailed. The child feels understood and slowly gains the capacity to express difficult feelings without losing control. 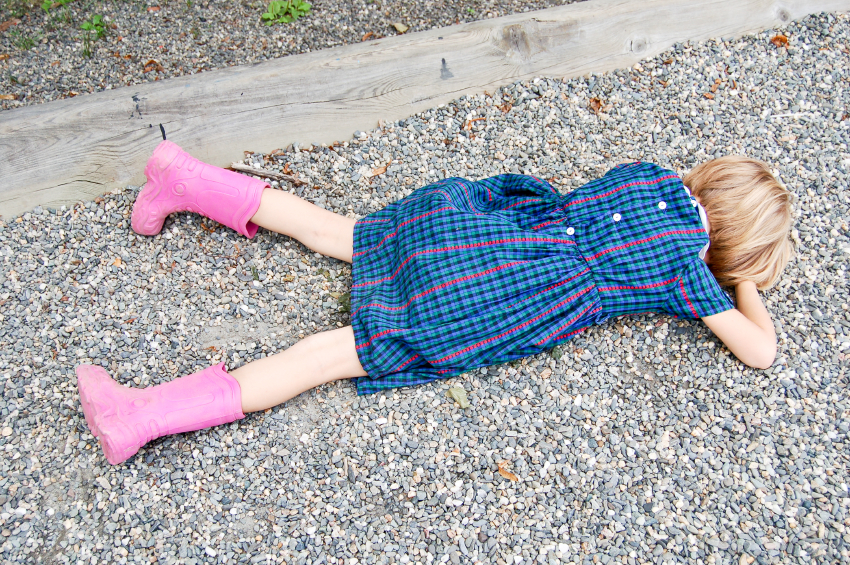 During a tantrum, make sure your child is safe. Often a child will throw her or his body around during peaks of anger. Be sure that sharp furniture edges are moved and reach out to catch your little one if needed. Outside of keeping your child safe, Potegal argues that it is best to “do nothing” during the angry peaks of a tantrum. Markham believes that parents should remain present and calmly witness the unfolding emotions. While you don’t want to try to reason or react irrationally yourself, staying present tells your child that you aren’t leaving him alone with overwhelming and scary feelings. As you consciously hold space for your child’s anger, you witness that difficult emotions are a part of life and you model that it’s possible to make room for them to come and go. Witnessing the expression of difficult feelings with compassion models how to maturely handle such feelings in the future.

Wait for the anger to pass and don’t give rewards. In summarizing his research, Potegal stated: “The trick in getting a tantrum to end as soon as possible was to get past the peaks of anger. Once the child was past being angry, what was left was sadness and sad children reach out for comfort.” It’s vital to respond to a child reaching out in this manner. However, avoid comforting a child with objects, especially any forbidden object that might have sparked the tantrum. You don’t want to create a negative pattern where children learn that strong emotional outbursts lead to the possession of desired objects. Rather, offer your attention and love alone. 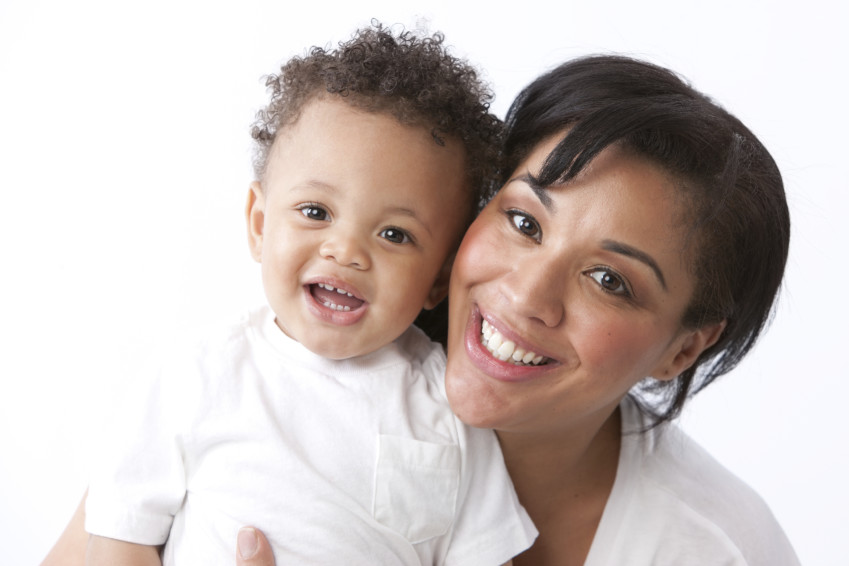 Give lots of touch and attention throughout the day. Markham affirms there is a strong need for reconnection or, what she calls “cozy time,” once a tantrum ends. A child wants to be held, cuddled, and soothed. Could a child unconsciously use tantrums to get a distracted or neglectful parent’s attention? Markham argues this is possible in situations where a child is missing essential moments of positive connection that should occur throughout the day. Therefore, give a lot of nurturing love, touch, and attention in response to positive emotions — as well as responding as needed when a child reaches out for comfort.

Protect your child’s open heart. The beauty of a child’s heart is that it is yet not hardened by life. Many adults are no longer in touch with the unexpressed sadness that resides at the center of anger. According to Markham, “all anger is a defense against more uncomfortable feelings.” For a young child, the deeper feelings of sadness naturally emerge after the peaks of anger subside. A parent can offer a safe space for such emotions to be slowly understood and integrated. By drawing upon best parenting practices in your response to tantrums, you help ensure that your child’s beautiful heart stays open.

Conscious Parenting. Daily expressions of love, establishing predictable and healthy rhythms, and compassionately making space for the integration of difficult emotions are central to conscious parenting. Such activities nourish the souls of both parent and child. They diminish the frequency of tantrums and support parents in responding to anger and sadness—their own or their child’s—with wisdom and compassion.

For another article by Amy Wright Glenn, see“Birth and The Wild Woman.”

Amy Wright Glenn has an MA in Religion and Education from Teachers College at Columbia University. She is a Kripalu Yoga teacher, a DONA certified birth doula, and a hospital chaplain. Amy’s first book is Birth, Breath, and Death: Meditations on Motherhood, Chaplaincy, and Life as a Doula.