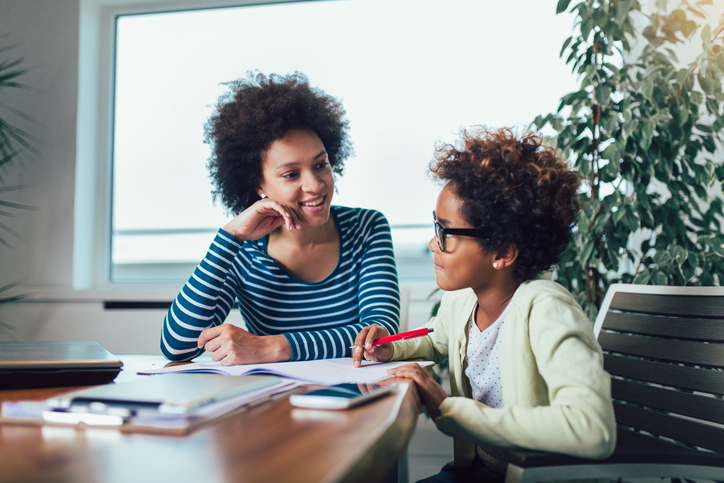 It wasn’t until I was in college and read the book, Summerhill: A Radical Approach to Childrearing, that I began to believe—for the first time—that children, that people, can learn, do learn all the time, without coercion. In fact, learning that is self-directed is the best learning of all because it springs forth from the needs of the individual learner and it suggests that the learner’s instincts and inner yearnings can be trusted.

Children can learn without coercion

I read Summerhill in the 60s at a time when my generation was asking important questions about society, authority, and human potential. My life has been an example of that inquiry. I entered college as a Journalism major because I had always loved writing and had been an editor of my high school newspaper. But, by my sophomore year in college I heeded the doubts of my mother and others who challenged, “But, what will you have to fall back on?” I transferred into secondary education and became an English teacher.

I was of the first generation of women to enter the workforce en masse so it was assumed that I would marry and have children and work only as a “back-up.” And, then, like now, being a writer or an artist of any kind is discouraged as something unreliable for making a living.

Each person has unique gifts and talents

Despite my own lack of confidence and the discouragement of others, I went on to edit and publish Mothering, a national magazine, for over 30 years, and to become, in fact, a journalist—and a writer, though that was something I had always been.

So, the second lesson I learned from homeschooling, a lesson that became one of the pillars on which I would rest my conviction to homeschool—though of course I didn’t know it at the time—was that each person has unique talents and gifts that will inevitably be expressed regardless of adversity. 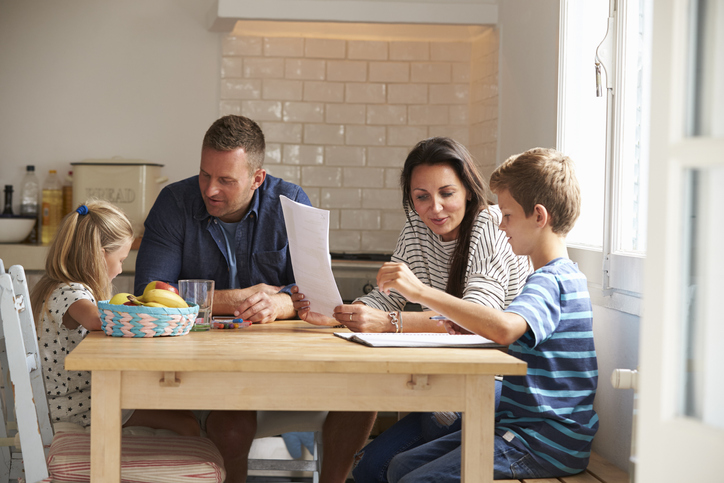 Everyone can be a teacher

My children were born in the seventies and early eighties. My husband was an elementary school teacher and we talked with our friends about what we would do when our children came of school age. We worried because schools in our area were substandard. Even today, New Mexico, where I still live, has the highest dropout rate in the country. So, we talked about starting our own school.

One day we received in the mail a publication called, Growing Without Schooling. This was in 1977 and neither of us had ever heard about homeschooling before. My husband and I felt immediately drawn to the idea of homeschooling and liked the idea more than that of starting a school. After all, we had birthed our babies at home, and used home healthcare when we could, so it made sense to consider home schooling. And, we really just wanted to teach our own kids anyway.

The “aha” moment when I received that newsletter and realized that there was a whole other world out there of other parents schooling at home taught me that everyone can be a teacher. Sure, the fact that my husband and I had taught in classrooms gave us a certain confidence but teaching involves clear thinking, good communication, and story telling skill. Like leadership, it is something that comes naturally, that everyone is capable of, and that parents are especially good at.

You are what you think you are

We named our homeschool Sandhill Day School after the sandhill cranes whose migration path we could see from our house, filled out the simple forms required by the state to start a school (there were no homeschool laws yet) and even got letterhead with the name and address of our school on the top.

Our motto, printed on our letterhead, was “Every experience carries its lesson,” from the science fiction book, Dune. From setting up a school in order to homeschool, giving it a name and making it real—especially at a time when no one had yet heard of homeschooling—I learned that you are what you think you are. You go to Sandhill Day School; you’re in the third grade. It’s all good.

There are resources for everything and people will help you

Once we got our school underway, like all homeschooling parents, we worried about the curriculum. We wanted our children to learn about a lot of different things, not just things that are traditionally taught in schools, but we also wanted to make sure that they kept pace with their grade level in some way, that homeschooling didn’t handicap them because of us.

Because we lived in Santa Fe by then, in the state capitol, we were able to access the state curriculum for the public schools and to find out what books the schools were using. We also could buy these books from the state book depository and eventually from a big school supply store in Albuquerque.

Even at a time when there were no packaged curricula like Oak Meadow and before the wonder of the internet, we were able to find what we needed to homeschool with confidence. What I learned from this is that there are resources for everything and people will help you. 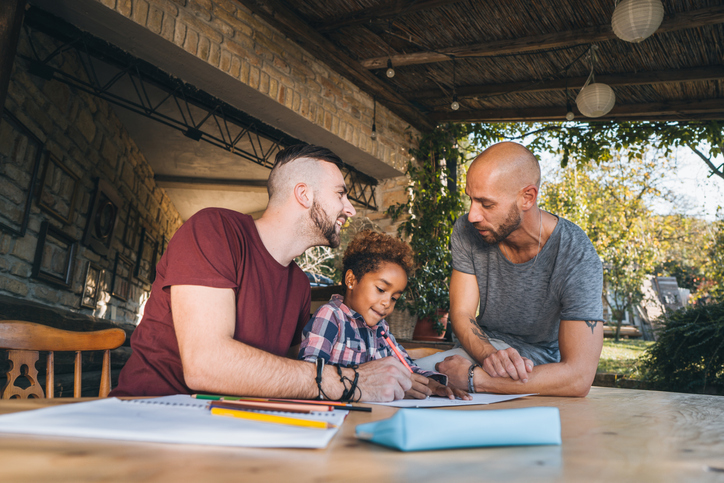 As we got into the nitty gritty of homeschooling we learned something that we didn’t expect to learn. We wondered how we would fit a day of classroom activity into our family life, but we soon learned that we really only needed two hours a day.

In a classroom where there are many children and many different learning styles, it can take a long time to teach something to everyone. At home, or at school for that matter, one-on-one learning takes much less time. It fact, it might not take much time at all. What I learned from actually doing homeschooling is that 1-on-1 is 1-on-1. Small class size makes a big difference.

Don’t make homeschooling into a religion

In the 1980s, during my early years as the editor and publisher of Mothering magazine, our number one topic for editorial coverage was homeschooling. Everyone wanted to know about it and we were figuring it out ourselves. During that time, I published a lot of articles by a mom homeschooling her two children in New York. Every article from her was more fascinating than the last. Her children were amazing. They were playing the piano, learning languages. They were living examples of the wonders of homeschooling.

I loved her articles…until I hated them. And, I hated her and I hated her perfect children. Like many of us, I had fallen into the trap of thinking that my new, grand idea of homeschooling meant that all of my children were going to be geniuses and learn many amazing and impressive things, that homeschooling of and by itself was going to unleash their true genius.

Well, the truth is that sometimes that’s true and sometimes it’s not. Homeschooling is no more a guarantee of genius than anything else. Genius is a happy accident. What I learned from homeschool in this instance is don’t make homeschool into a religion. And, don’t think that unless your kids are super kids that you—or they—are failing at homeschooling.

Accommodate the unique learning styles of each child

I may not have made homeschooling into a religion exactly, but I did make it into a panacea. I was surprised when I found that it worked more easily with some of my children than with others, or at least I was a more effective teacher with some than with others.

My son really didn’t take to reading until much later than my daughter and I understand now that this was perhaps because he was a kinesthetic learner and I was a logical linguistic teacher. Like many of us, I blamed myself when things didn’t go easily in homeschooling. What I learned from this is that homeschooling works best when it accommodates the unique learning styles of each child in the family 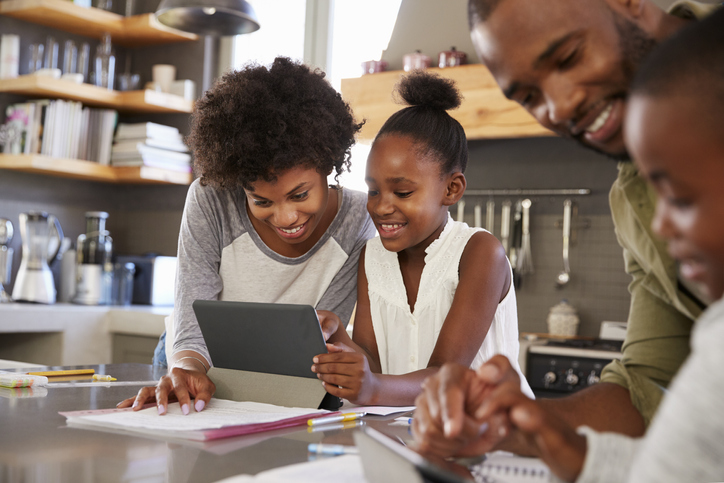 You can lose interest in homeschooling

I found that my own feelings toward homeschooling changed over time. At first, I was very enthusiastic and organized. But things changed. My oldest daughter went into private school in 8th grade and soon afterwards my son wanted to go to a Waldorf school. At about the same time, my husband and I divorced and it became more difficult to find the time for homeschooling. I fear that my younger children suffered because of this. Though, I didn’t admit it at the time, I learned that you can lose interest in homeschooling.

You will always blame yourself for everything

I also learned the heavy burden of responsibility that we can feel as homeschooling parents. When you send your children to school, it’s easy to abdicate that responsibility, not because you don’t care, but because someone else is taking care of that.

With homeschooling, you can’t abdicate that responsibility. It can feel like it’s all about you, all up to you and you can feel guilty when things don’t go perfectly or when your children appear to have gaps in their education that you think you could have done something about. What I learned from this is that you will always blame yourself for everything and homeschooling just makes this more acute.

You can trust yourself and your children

One of things I’ve blamed myself for is the education of my second son because his education fell through the cracks when his father and I divorced, or so I thought. Like his brother, he’s a kinesthetic learner, and, was “late” to read.

In homeschooling, we had encouraged the children to use invented spelling until they learned the real spelling and I believed that my son’s spelling suffered because of this. I had hoped to protect his unique gifts and talents by homeschooing, but I ended up feeling that I had neglected him.

Just recently, I found out that I was wrong. My youngest daughter told me that she and my son had taken a test online about being dyslexic and that he had scored 90%. I now know that my son’s trouble with learning may not so much have been my fault as his pre-disposition and that perhaps homeschooling ultimately saved him from academic failure.

My experience with my son brings me back to the beginning, to the fact that children do learn without coercion, that my son learned what he needed to learn in his own time despite my perceived failings. And, it reminds us that learning unfolds regardless of whether we help it or get in its way. Perhaps homeschooling’s greatest lesson is simply that that we can trust the inherent timetable of our children and we can trust ourselves to do our best.