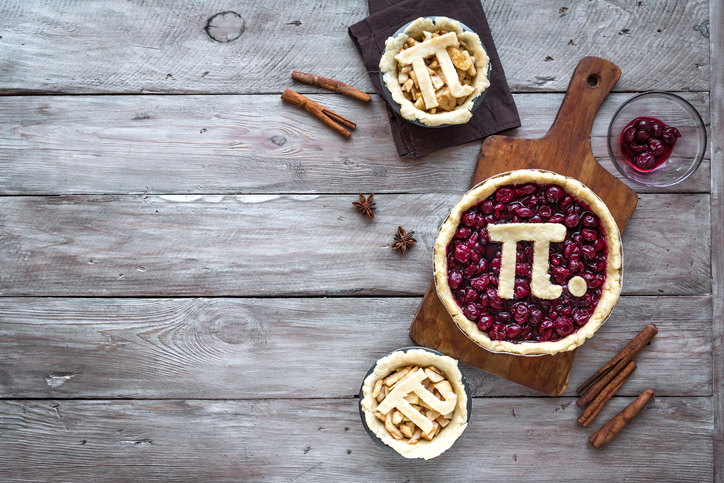 What the heck is Pi Day? I heard about Pi Day for the first time in 2014 and I’m pleased that this four millennium old mathematical symbol has become so popular because I love math and want others to as well, but how did this happen and why has Pi become so popular?

Math is Fun tells us that Pi is the ratio (the number of times one amount is contained within another) of a prefect circle’s circumference (the distance around the circle) to its diameter (the distance across the circle). Equal to 3.14159265358979323846…, it is impossible to calculate this number exactly, as the digits go on infinitely.

It is this infinite quality that makes Pi so fascinating. One of the top movies in 2012, Life of Pi, a magnificently beautiful and transcendent film, echoes this fascination with infinity in its title. Pi is the name of the main character but according to TheBestNotes.com, the title has deeper significance:

It is not “The” Life of Pi because no particular life is supported. It is about the multiplicity of life and, in the end, the reader is left to choose which of Pi’s “lives” to believe.

Another film,—and one of my favorites—is Pi,  a bizarre and fascinating look at an obsession with the syncronicity of numbers. With provocative premises like, “Mathematics is the language of nature.” and “Everything around us can be represented and understood through numbers,” Pi became an instant cult classic in 1998 and is available for rental or streaming on Netflix.

What is Pi Day?

Pi Day was founded in 1998 by physicist, Larry Shaw, “Prince of Pi” at the San Francisco Exploratorium. I took my kids to the Exploratorium back in the day and it is a wondrous place. While it seems like a children’s museum, it a really a museum of lifelong learning with a philosophy of inquiry based science. The Exploratorium is the brain child of Robert Oppenheimer who wanted to transform science education to a more hands-on approach. It opened to the public in 1969 in the Palace of Fine Arts in San Francisco. The Exploratorium offers outstanding Pi Day activities and links. KTVU in San Francisco and offers a brief history.

Pi Day is celebrated on March 14th in honor of Albert Einstein’s birthday. In 1933, Einstein emigrated to the United States and became part of the Institute for Advanced Study, which is one of the world’s leading centers for curiosity-driven basic research.