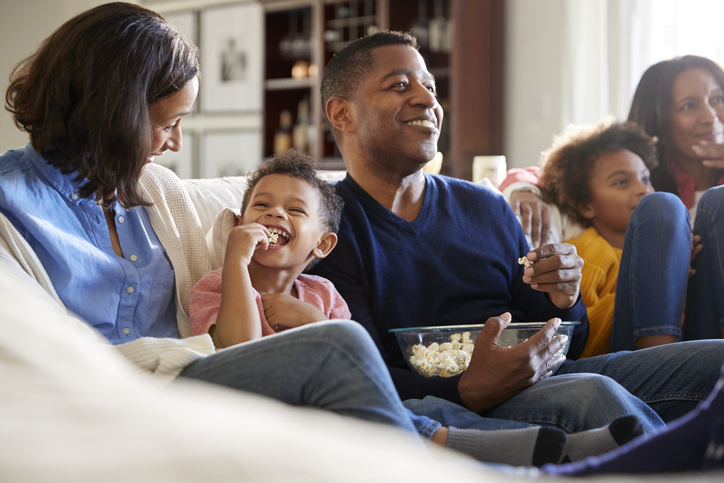 For his performance in Joker, Joaquin Phoenix has won the Best Actor award at the 2020 Golden Globes, the Screen Actors Guild and the BAFTAs. At his BAFTA acceptance speech, Phoenix said that he was conflicted about the award because so many of his fellow actors do not have the same privilege as he has.

I think we send a very clear message to people of color, that you’re not welcome here. I don’t think anyone wants a handout or preferential treatment, people just want to be acknowledged and respected for their work. I’m ashamed to say that I am part of the problem. I have not done everything in my power to insure that the sets I work on are inclusive. But its more than having sets that are multicultural. We have to do the hard work to truly understand systemic racism. I think it is the obligation of the people that have created, perpetrated and benefited from a system of oppression to dismantle it.

I have two words to leave you with tonight, ladies and gentlemen: inclusion rider.

An inclusion rider is a contractual amendment that requires gender and racial diversity in interviewing and hiring. Also called an “equity rider,” the idea has been spearheaded by Stacy Smith, PhD, founder of the Annenburg Initiative at the University of Southern California. Smith told the New York Times that

a typical inclusion rider would set benchmarks for diversity in staffing. As an example, it could require the cast be 50 percent female, 40 percent underrepresented ethnic groups, 20 percent people with disabilities, and 5 percent L.G.B.T. people.

The 20 actor nominations for the 2020 Oscar  nominations include only one person of color, Cynthia Erivo (Harriet), and eight of the nine picture nominees feature overwhelmingly white casts. In addition, no female directors were nominated this year. Only one woman has ever won best director, Kathryn Bigelow (Hurt Locker: 2010) and a person of color is yet to do so.

There was some progress in 2017 when “Moonlight” won best picture. Twenty people of color were in contention that year and several won major awards, including Viola Davis (Best Actress: Fences),  Mahershala Ali (Best Supporting Actor: Moonlight) and Barry Jenkins (Best Original Screenplay: Moonlight). At the 2018 Oscars, four actors of color were nominated. Jordan Peele won best original screenplay for “Get Out,” and a record seven African Americans took home awards.

While the academy has grown by more than 3000 new members since 2016 and is meeting its diversity goals, the majority of the voting body has not changed. It’s still 84 percent white and 68 percent male. The percentage of minority members is less than 20%. Contrast this to the movie going public, which is 45% nonwhite and 51% female.

White people and men are overrepresented in film. 70% of speaking roles go to white men. In 2016, only 29% of all characters where from underrepresented racial/ethic groups, even though these groups represent 39% of the overall population and 49% of the movie going public.

Women have far fewer speaking roles than men in movies.  In addition, 26% of women are depicted partially nude (compared to 9% of men) or in sexy attire (compared to 6% of men).

While Latinos make up 18% of the population, a study showed that they account for only 3% of film characters. Jose Ferrer (Cyrano de Bergerac: 1950) is the only Hispanic man to have won a best actor Oscar and no Hispanic woman has ever won best actress.

Over the years, several tests of film diversity have been proposed. According to Ava DuVernay, one of only four black female directors, for a film to be diverse, people of color must have fully realized lives rather than serve as scenery in white stories.

For directors, Nadia Latif, and Leila Latif, diversity means that a film has two named characters of color, with lines of dialogue, who are not romantically involved with each other and who do not talk about comforting or supporting a white person. According to the Latifs, it’s important that people of color not conform to the “magical negro” stereotype wherein a saintly black figure comes to the aid of white people. Obviously, It’s also important that people of color not be portrayed only in stereotypical way such as servants, delinquents, janitors, or prisoners.

According to the USC Annenberg Media, Diversity and Social Change Initiative, here are some strategic solutions to foster systemic change in the media:

As media users, we can pay attention to what we consume and choose media that reflects the way our society actually looks.