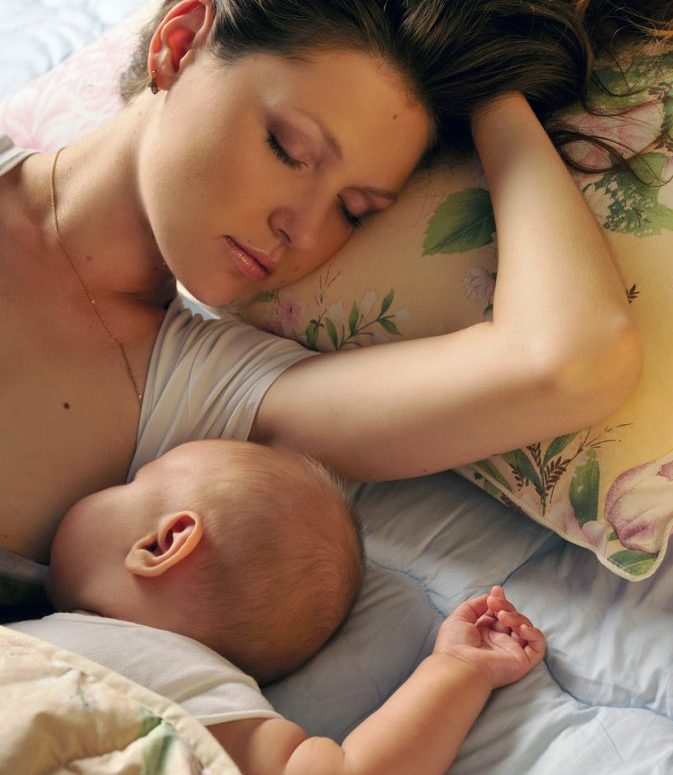 My wife Joanne and I entered the world of parenting with the birth of our son, Jeffrey, in 1978. Anxious about our new set of responsibilities, we read book after book on parenting. We are both anthropologists and we were quite taken aback at what we found in the childcare literature. When it came to what the experts had to say about feeding patterns and sleeping arrangements, either all our research and training about the universal aspects of human life were wrong, or the pediatric experts were missing or ignoring key information concerning what infants need the most: specialized nutrition from breastmilk, and sustained physical contact both day and night.

Not only was there nothing in the childcare books that reflected what we know about our primate heritage and sleeping arrangements, there was also nothing that reflected current research on human infant biology and the role that maternal touch plays in promoting infant growth and well-being. We learned that infant care recommendations were not based on empirical laboratory or field studies of infants at all, nor on cross-cultural insights as to how human babies actually live around the world.

Rather, they were based on 70- or 80-year-old cultural ideas, uniquely Western and historically novel. The more we delved into the history and research of infant sleep recommendations, the more we discovered that the prevailing childcare wisdom had little basis in science whatsoever. This discovery changed my career.

When you look at the prevalence of cosleeping in the mammal world, and among different cultures and in different eras of human history, it is clear that cosleeping is universal through time and is practiced far and wide in many different ways.

For hundreds of thousands of years, up to and through our early historic periods, breastfeeding mothers have practiced what Dr. Lee Gettler and I call breastsleeping. Breastsleeping is our new term and concept for the highly integrated system of healthy infant sleep combined with healthy breastfeeding behavior.

The practice of breastsleeping consists of sleeping next to one’s primarily breastfed baby, and lying the infant on his or her back for sleep (which facilitates breastfeeding). This is such a universal and widespread practice that most parents worldwide couldn’t imagine asking where the baby should sleep, whether it is it okay to sleep with the baby, what position the baby should sleep in, and how the baby should be fed.

My anthropological training, as well as my own intuition, told me that something this common had to be beneficial, but it has only been through extensive and rigorous scientific study that we have determined why this proves to be the case.

THE FIRST RESEARCH ON BREASTSLEEPING

During the ’90s at the University of California Irvine School of Medicine Sleep Disorders Laboratory, my colleagues Drs. Sarah Mosko, Chris Richards, Claiborne Dungy, Sean Drummond, and I conducted the first research on the physiology and behavior of breastsleeping mothers and babies.

In one intensive three-year study, we examined infant and maternal sleep architecture, nighttime breastfeeding and its relationship with bedsharing, and the differences between infants who cosleep in the form of bedsharing and infants who sleep alone in separate rooms.

Our two preliminary studies, and subsequent related studies, employed rigorous scientific methods and analysis; our grant proposal earned a near-perfect score from one the most exclusive scientific grants in the U.S., offered by the National Institute of Child Health and Human Development (NICHD). We were also awarded the prestigious Shannon Award from the NICHD for our proposal’s innovations and scientific promise. The research papers were then accepted by some of the most well-respected medical journals in the world.

Nighttime behavioral studies have continued at the University of Notre Dame Mother-Baby Behavioral Sleep Laboratory, where we have clearly demonstrated the special abilities of both low and high-risk mothers to respond to their infants’ needs while breastsleeping. Over time, other scientists began to study these same issues, affirming the validity of our research while adding many new insights.

During the first three to four months of life, the prefrontal cortex is invaded with young neurons taking shape and finding their place based on what the infant experiences on a daily basis. The young brains of human infants need to “prune,” or reduce, the nutrient demand of cells that don’t seem to be used very often, so that vital nutrients can be shifted to more active cells. Your baby’s engagements with you, even in this early time, are as developmentally important as going to school. They are learning and shaping their brains every step of the way, even while they sleep.

Without stimulation from contact and social interactions—including nighttime sensory exchanges—neonatal brain cells are potentially lost forever. This has led some developmental psychologists to argue that infants are far more threatened by what they do not receive in terms of neurological excitation than by what they do receive, since “pruned” infant brain cells are not retrievable at a later date.

Minimizing contact with the mother’s body can make an infant’s neurological scaffolding less stable and effective, weakening the structures that provide the basis for the infant’s rapidly growing communication skills, emotionality, and ability to effectively regulate and respond to his or her own needs.

It is unfortunate that, in light of all of this new information, parents who sleep with their infants are often considered needy or deficient, or sometimes even irresponsible, by medical authorities. When we hear about babies who do not or cannot sleep alone through the night, rarely do we hear: What a good baby! even though that is exactly what is in a human infant’s biological best interest.

The good news is that, as of 2016, the American Academy of Pediatrics (AAP) recommends that infants never sleep in separate rooms from their caregivers. The bad news is that they argue against sleeping in the same bed. Herein lies the controversy.

COSLEEPING IS NORMAL, COMMON, AND INSTINCTIVE

I want families to understand how much happens during cosleeping, including critical communication between infants and mothers (and other caregivers) through touch, scent, sound, and taste. This unconscious sensory communication is part of the way our species has evolved to maximize health and survival. It is likewise an intrinsic part of the way parents communicate and experience love for and with their infants and each other. A baby sleeping on his or her own, outside the supervision of a caregiver, is deprived of this communication and, as scientific studies prove, is at risk on many different levels.

Cosleeping is not only normal, common, and instinctive, but it can also be in the best interest of a family when it is adopted for purposes of protecting and nurturing infants, when safety is given priority, and when the right kind of cosleeping is chosen for and by each unique family.

That being said, one cannot be naïve regarding the different ways in which people live. While the ideal cosleeping environment is an exclusively breastfeeding mother sleeping on a flat surface that has been maximized for safety (we’ll dig into this later), this ideal is not always the reality. One size does not fit all when it comes to sleeping arrangements, and where households exhibit risk factors for dangerous bedsharing, I encourage alternative sleep practices.

This book is intended to provide a balanced, comprehensive, and holistic perspective on cosleeping and bedsharing. It is intended to provide safety information and reassurance to those families who are considering or who currently choose to sleep with their babies. Enjoying every minute with your baby—whether you are awake or asleep—is important. Though it might not seem like it at first, our time with them is very short.

I hope that this book will enable you to feel comfortable holding, carrying, and responding to your baby, and will help you feel good about your caregiving choices. I know I am not alone in wanting to help you and your family thrive and enjoy experiences that can be cherished forever.

My intention is not to convince everyone to bedshare. The point is simply that the real answer to the question of whether or not any particular family should bedshare is always: It depends. While it is safe and appropriate to recommend that no infant should sleep alone in a separate room from an adult caregiver, this is just the starting point. Beyond that, there are many factors to consider before choosing a sleeping arrangement. I hope this book will give you the specific knowledge you need to make an informed decision, as well as the confidence to assess your conditions and circumstances in order to choose both what feels right and is safe for you and your family. 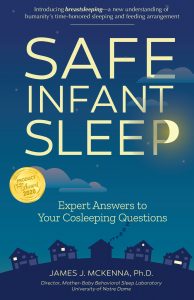 Excerpt has been abbreviated and reformatted for web viewing. 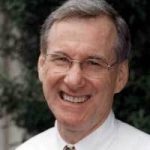 Professor James J. McKenna is the author of  Safe Infant Sleep: Expert Answers to Your Cosleeping Questions and founder of the Mother-Baby Behavorial Sleep Lab at the University of Notre Dame. McKenna is recognized as the world’s leading authority on mother-infant cosleeping in relationship to breastfeeding and SIDS. In recognition of his work in 2009 he was admitted as a Fellow into the select body of the American Association for the Advancement of Science, the world’s most prestigious scientific society. That same year and in recognition of his extensive work with television, radio, and print media he received from the American Anthropological Association the “2008 Anthropology In The Media Award” one of the top three awards presented to anthropologists by the association in recognition of his distinguished work in educating the public to the importance of anthropological concepts.

Professor McKenna has published over 139 refereed scientific articles in diverse medical and anthropological journals on co-sleeping, breastfeeding, evolutionary medicine and SIDS, and both here and abroad. He also regularly gives lectures on over 20 specialized topics relating to cosleeping and breastfeeding especially to pediatric medical professionals and parents. Here in the United States he remains a primary spokesperson to the media on issues pertaining to infant-parental sleeping arrangements, nighttime breastfeeding and SIDS prevention.