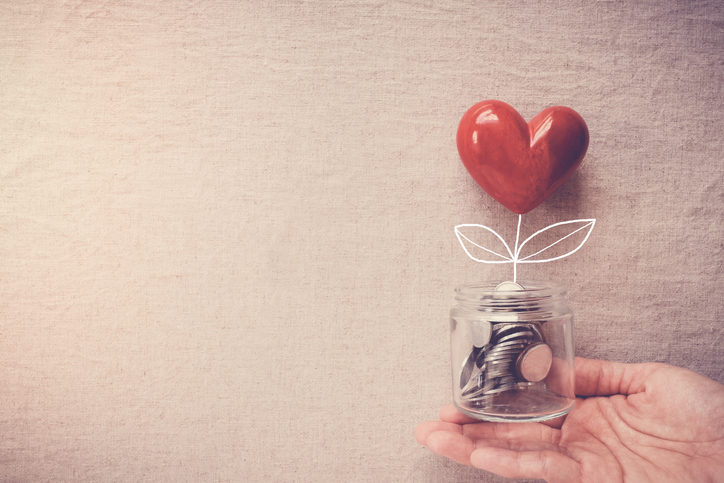 #Giving Tuesday was created eight years ago by a team from the Belfer Center for Innovation & Social Impact at the 92nd Street Y, a cultural center in New York City that has been bringing people together around the values of service and giving back since 1874. #GivingTuesday connects diverse groups of individuals, communities and organizations in order to celebrate and encourage giving.

One of the best ways to get involved is in your own community. Checkout what is happening near you. Download the Toolkit for ideas. If you’re involved with a non-profit, join the movement. You don’t have to give money; you can give time, give a gift or add the power of your voice in your local community.

SOME THINGS YOU CAN DO LOCALLY

Families and individuals are encouraged to be generous in ways that are important to them, whether that means volunteering at a local charity or donating to a favorite cause. Here are some things you can do.

Model giving during the holiday season and throughout the year

HOW TO EVALUATE A CHARITY

If you’re interested in donating to a charity, check out Charity Navigator, where you can find the charity’s overall rating on finances, accountability and transparency. A non-profit, for example, should spend less than 30% of its revenue on management expenses. Or, go to Charity Watch for a detailed report card of over 600 companies.

The Refugee and Immigrant Center for Education and Legal Services (RAICES) provides free and low-cost legal services to immigrant children, families, and refugees in Texas. The organization offers the National Families Together Hotline (866-378-2667), which is staffed from nine to five; callers can leave messages 24 hours a day.

In 2000, Charles Best, a history teacher at a Bronx public high school, wanted his students to read Little House on the Prairie. As he was making photocopies of the one book he could procure, Charles thought about all the money he and his colleagues were spending on books, art supplies, and other materials. And he figured there were people out there who’d want to help — if they could see where their money was going. Charles sketched out a website where teachers could post classroom project requests, and donors could choose the ones they wanted to support. His colleagues posted the first 11 requests. Then it spread. Today, the organization is open to every public school in America. Donors Choice has vetted and fulfilled over 600,000 classroom project requests that range from butterfly cocoons, to robotics kits, to Little House on the Prairie.

Paws of War is a non-profit organization that matches veterans with trained service dogs that they need and that can help them through tough times: many veterans of foreign wars suffer from Post Traumatic Stress Disorder (PTSD). A 2018 Purdue University study reports that veterans with PTSD may benefit physiologically from using service dogs. In fact, they found that there may be significant scientific evidence of potential mental health benefits experienced by veterans with PTSD who have service dogs. Paws of War rescues most of their dogs from shelters and provides them with the intensive service dog training that they need in order to help the veterans they are paired up with. The veterans receive a service dog in training at no expense to them.

FEEDING AMERICA is the nation’s largest domestic hunger-relief organization—a powerful and efficient network of 200 food banks across the country. As food insecurity rates hold steady at the highest levels ever, the Feeding America network of food banks has risen to meet the need. The organization feeds 40 million people at risk of hunger, including 12 million children and 7 million seniors.

Founded in 1909, NAACP is the nation’s foremost, largest, and most widely recognized civil rights organization. The association worked for 30 years to eradicate lynching and its legal team, led by Thurgood Marshall, was responsible for the Brown v. Board of Education (1954) decision, which outlawed segregation in public schools. Its members and supporters are the premier advocates for civil rights in their communities, leading grassroots campaigns for equal opportunity and conducting voter mobilization.

The Children’s Defense Fund (CDF) has worked relentlessly for more than 40 years to provide a strong, effective and independent voice for all the children of America, particularly poor children, children of color and those with disabilities. CDF educates the nation about the needs of children and encourages preventive investments to lift children out of poverty; protect them from abuse and neglect; and ensure their access to health care. In 2000, Founder and President, Marian Wright Edelman, received the Presidential Medal of Freedom, the nation’s highest civilian honor.

If you are interested in donating to any of these organizations or other worthy non-profits, you can easily find donate buttons on their websites. You can also go to ActBlu, where you can search for your favorite non-profits and donate to several at one time.

THE EVOLUTION OF GIVING

It’s appropriate that Giving Tuesday should come right after Black Friday and Cyber Monday because we’re becoming a society that combines getting with giving. And, commerce increasingly supports the charitable sector through social entrepreneurship. Do whatever you can during this holiday season and throughout the year.

About Peggy O’Mara. I am an independent journalist who edits and publishes peggyomara.com. I was the editor and publisher of Mothering Magazine for over 30 years and founded Mothering.com in 1995. My books include  Having a Baby Naturally, Natural Family Living, The Way Back Home and A Quiet Place. I have conducted workshops at Omega Institute, Esalen, La Leche League, and Bioneers. I am the mother of four and grandmother of three. Please check out my email newsletter on parenting, activism, and healthy living.