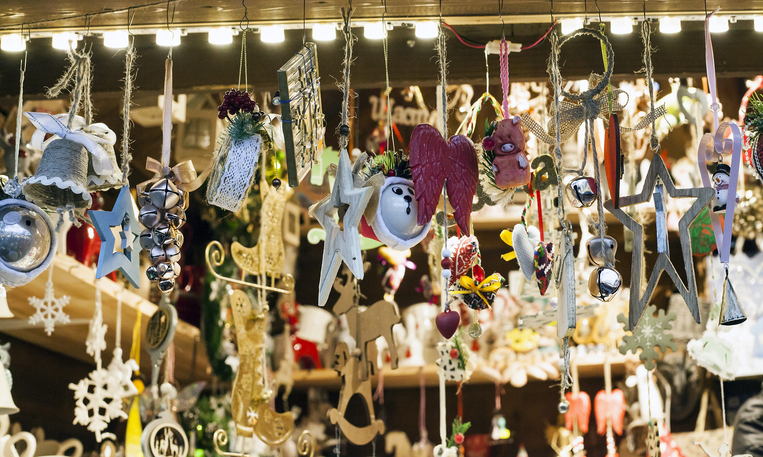 Black Friday shopping has already begun and special sales will be held on Thursday night, Thanksgiving. According to a recent poll, 62% of Americans think stores should stay closed on Thanksgiving so workers can have the day off. In fact, only 16% of those polled intend to shop on Black Friday. If you’re wondering how to escape the consumerism of Black Friday and the holiday season, here are some ideas:

In 1992, Canadian Ted Dave organized the first Buy Nothing Day as a day for society to examine the issue of over-consumption. In the US, Buy Nothing Day is held on the day after Thanksgiving, or Black Friday. Elsewhere in the world, it is held on the last Saturday of November. Sixty-five countries now participate in Buy Nothing Day, including Austria, France, Germany, Israel, Japan, the Netherlands, New Zealand, and Norway. Here are some ideas for activities.

For those who don’t want to give up shopping all together, consider choosing gifts from local and independent companies. Look for local members of the American Independent Business Alliance. Check out the local advocacy groups supporting independent businesses.

Giving Tuesday is a campaign to create a national day of giving at the start of the annual holiday season and is held on the first Tuesday after Thanksgiving. It celebrates and encourages charitable activities that support non-profit organizations. You can help by suggesting that your favorite charities sign up and by becoming a social media ambassador for Giving Tuesday.

Seventy percent of the nation’s economy is based on consumer spending so it is critical that we realize the potential of our purchases to affect social change. Reward merchants that provide fair wages and benefits, consistent working hours, and reasonable sick and vacation time. Minnesota 2020 found that that the three types of stores most frequented for holiday shopping —department, clothing and sporting goods—often do not pay a living wage.

The federal poverty level for a family of four is $27,750 or $12.38 an hour for a full time worker, but a living wage varies from community to community. According to the Living Wage Calculator from MIT, the living range for one parent with one child ranges from $21 to $37 an hour.

Amazon has recently increased its hourly rate to $15 an hour.  Target pays its workers $13 an hour. Though, they receive accolades for paying above the minimum wage of $7.25, companies who pay below a living wage, virtually keep their workers in poverty.

Even worse are the salaries of fast food workers who are paid $8.33 an hour, on average, a wage that is 67% below the poverty level of $12.38. The hourly at McDonald’s, for example, ranges from $7 to $13. Until this year, McDonald’s has fought minimum wage hike efforts by its employees.

Workers can also be exploited by companies that hire a lot of part-time workers so they don’t have to offer them any benefits. At Walmart, for example, 50% of the employees work part-time, well above the industry average of around 30%. Sixty-nine percent of the part-time workers at Walmart say they would prefer the income and stability of full-time work, but it is not available to them.

Here are some questions to consider when you shop:

YOU CAN MAKE A DIFFERENCE

In recent times we have seen the growth of social entrepreneurs, business owners who support the work of non-profits with their profits. We have also seen increased focus on local economies and on economic justice for all workers. You can help to create a hopeful future by making thoughtful shopping decisions this holiday season and throughout the year.