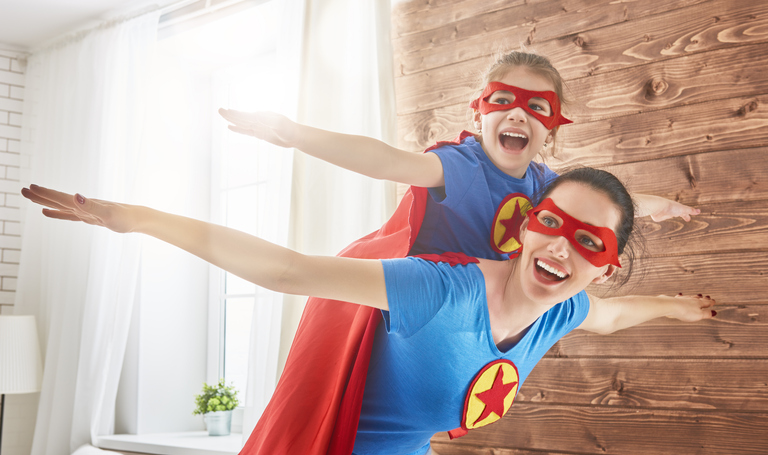 During the Democratic debates on Tuesday evening, Senator Kirsten Gillibrand criticized Vice President Joe Biden for an op-ed he had written 38 years ago entitled, “Congress is Subsidizing Deterioration of Family.” While Gillibrand tried to characterize Biden’s statement as anti working mothers, he was, in fact, being critical of a child-care tax credit for upper income Americans. Here’s what he said: “I do not believe it fair to ask a family of marginal income, choosing to provide the primary care for their children, to subsidize an upper income family’s day care.”

In 1981, when Biden wrote this op-ed, only 49% of us believed that a working mother “can establish just as warm and secure a relationship with her children” as a mother who stays home. Today about 70% believe this. In just one generation we have gone from a time when the majority of mothers worked only at home to a time when the majority of moms work outside of the home yet we continue to believe that it is best for a child to have a mother, or parent, at home.

In a Pew Research survey, 60% of respondents said children are better off when a parent stays home to focus on the family, compared with 35% who said children are just as well off with working parents. According to a Pew Research Center analysis, 18% or parents, nearly one in five, are stay-at-home parents. This is 11 million US parents. Dads at home are on the rise and millenials comprise the largest group of stay-at-home parents at 21%.

Another possible factor in the increase of stay-at-home moms is the increase in women owned businesses. Between 1997 and 2013, the number of women owned businesses increased by 59%, a rate that was 1.5 times the national average. Privately held majority women-owned companies have increased employment, and, women of color have made remarkable gains. Sixteen years ago, only 17% of women-owned firms were owned by women of color; now it’s 33%.

Part of the way that stay-at-home moms are patronized is by assuming that they produce no economic gain. On the contrary, in addition of often facilitating the economic gain of a partner, it would cost $162,581 to replace the stay-at-home mom who works a 92-hour work week, according to salary.com. Insure.com values mother’s work at $71,297 yearly based on the most recent Bureau of Labor Statistics salary data. You can calculate your own mom salary here.

Another value that the stay-at-home mom may produce is breastmilk. In my piece, “Breastmilk as GDP,” I argue that the economic value of exclusively breastfeeding for six months is $13,440 based on average production and what milk banks pay for breastmilk. We would have a very different Gross Domestic Product (GDP) if we included breastmilk production as some other countries do. For example, in 1993 it was estimated that if the 51% of Indian women then exclusively breastfeeding stopped it would cost $2.3 billion to replace their breastmilk with formula.

I wonder if some of the increase in stay-at-home moms is accounted for by the Radical Homemaker’s movement, spearheaded by writer and farmer, Shannon Hayes. Her book, Radical Homemaker’s: Reclaiming Domesticity from a Consumer Culture, has inspired a generation of stay-at-home mothers to turn their homes into agents of production, not just consumption. These industrious women grow their own food, can fruits and vegetables for the winter, make candles, keep backyard chickens, raise grass fed beef, weave wool into yarn, and resurrect a myriad of home crafts that add immense value to their households and save money by reducing the number of necessities that require it.

Women are forced to be inventive, as they have always been, in order to protect their children and their families. Many vulnerable mothers and children have no financial safety net and more than ever live in poverty. This tragedy highlights the lack of US family policies that provide financial supports for all families.

Family policies must be robust and offer monthly payments for children no matter how their parents make a living. While affordable and quality child care is needed by many parents, the 11 million parents at home need expanded and refundable child tax credits as in the American Family Act and home child care allowances as in the Family Fun Pack.

The Mommy Wars are over. We have all surrendered. All mothers work. All families should receive policy benefits equally, regardless of how they make a living or care for their children. Cathy Myers of Family and Home Network calls this Inclusive Family Policy; it’s equal and just.

About Peggy O’Mara. I am an independent journalist who edits and publishes peggyomara.com. I was the editor and publisher of Mothering magazine for over 30 years. My books include Having a Baby Naturally, Natural Family Living, The Way Back Home and A Quiet Place. I have conducted workshops at Omega Institute, Esalen, La Leche League, Hollyhock and Bioneers. I am the mother of four and grandmother of three. Please sign up for my free newsletter