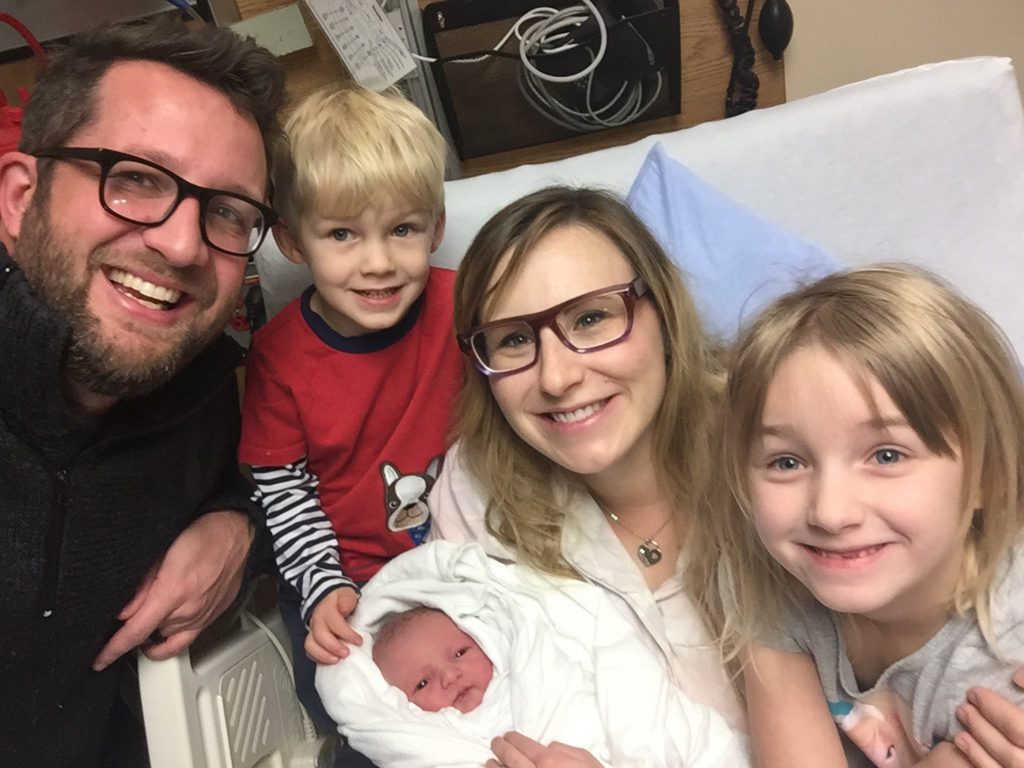 Pulling out of the garage one morning and turning onto the snowy road toward Mom’s house, it was as if I were piloted directly into a cloud. With less than a kilometer behind me, it was without doubt no ordinary winter morning. The new world was buttered with hoarfrost so thick its icicles dripped off branches like tiny rapiers, and everything, from the stark white horizon to the cloaked roadway, glowed in the diffused February light.

“Moon!” Hannah yelled from her car seat in the back, pointing at the misty orb low in the sky.

“Moon!” Hannah called again, and I let myself see through her two-year-old eyes. It was in that moment that I relented to my own childlike curiosity. I dropped off Hannah with her grandmother and, instead of heading back to the house to work, traced the back roads of south Edmonton that divided farmers’ fields and dense patches of trees, my camera bag sitting on the passenger seat beside me. “Frost chaser,” I called myself. I couldn’t remember the last time I had felt such unguarded anticipation—not since early in my pregnancy with Zachary, at least. The thought made me shudder.

Hopping out of the car, I struggled to zip up my coat, but it would not stretch past my belly button. Finding a scarf in the backseat, I wrapped it around my neck and waded through a sloping drift to an area of brush that peeked above the snowy surface. I attached my macro lens and photographed frozen seedlings that balanced upon the skeletons of wildflowers and were caught in the slight breeze, rocking their loads back and forth.

As I was about to return to the car, something caught my eye in the field opposite. Squinting, I could barely make out a dozen ghostly figures, like faint ink splatters, dotting the white page of the foggy pasture. Intrigued, I approached the toppling wire-and- wooden-stake fence just past a gully of knee-deep snow. Shivering at the fence, it was all I could do to stand still and wait, my breath wafting around me in delicate plumes.

The ink splatters took on form and moved gracefully toward me. As if dreaming, I imagined hearing their every step, crunching the snow as their hooves trod heavily in their watchful gait. Tall horses emerged into the clarity of the frigid air, the distance between us condensed as they approached, unafraid.

I expected the horses to be tentative, leery of my hooded silhouette and untrusting of the camera around my neck, but they did not slow. As if foregoing the dream, they walked right up to me, pressed their noses to my arms, and blew their breath into my palms. They nuzzled in affectionately, and I stroked the coarse hair on their warm hides.

A patchy white and brown horse approached after its two smaller black companions nibbled at my sleeve before moving on to wrestle in the snow. The patchy horse was taller than the rest, and it looked at me with confidence and understanding in its sky-blue eyes; understanding and sympathy. Zachary had also had blue eyes, or so Aaron had told me. I had been too afraid to look for myself.

My hands stroked up and down the bridge of the horse’s nose and broad cheek. We stayed like this for many quiet moments, enjoying each other’s warmth. The blue-eyed horse eventually turned toward its frolicking friends and, after looking at me again for one long breath, joined the others as they retraced their steps back through the mist.

As I stood there, I hadn’t noticed the breeze that skated upon the frozen earth behind me, not until it tipped the balance of snow resting on the tree branches overhead. I was caught in a flurry of fat snowflakes that whirled lazily around me. I breathed in the sharp, clean air and felt strangely alive. Raising my camera, I held down the shutter in rapid fire, capturing the whirl of white that gave visible form to the hand of the wind.

All of a sudden, a familiar voice broke the silence of my winter trek, though I was alone. Listening to her words, tears froze on my cheeks. “You have lost your child, but you are not lost,” my own voice whispered—but the words did not make sense. Zach was dead, and I too felt death’s cold spreading outward from my core. Like the fog of the morning that seemed to pass right through me, I once more sensed the powerlessness to alter Zachary’s fate. Covering my mouth with my frostbitten fingers, my mind filled with images of my baby boys, both the one to come and the one then gone.

“Your child’s identity is not your identity. You are alive.” My words hung in the air.

For so long I had felt like an apparition, just the shell of a mother in mourning. My mind wandered to Hannah, to Aaron. I had been strong for so long but, as I shivered in the last touches of the windblown flurry, I allowed the frozen places of me, the wounds and walls of self-protection, to fissure and crack like ice in springtime.

As my eyes remained fixed on the distant place where the horses had slipped from view, my hands, trembling, dropped from my mouth to the arch of my rounding abdomen. The baby within me kicked lightly, a sensation as faint as the snow melting on my skin. I had wondered for the last twenty weeks, How am I going to do this? How can I bring a new life into the world while feeling so very distant from it? Yet, in that moment I knew.

I had not completely forgotten who I was. It was true that a part of me had passed into white like the horses, but I now saw that I would survive, that I must survive—not only for Hannah or Aaron, or for my next child, but for myself as well. The thaw was coming; I could sense its stirring, its deep earthy groaning. A new season would soon replace my winter of the soul.

After that day, whenever I passed through those back roads, I watched for the horses. Sometimes I caught a glimpse of the mares grazing in the sloping fields. Their shaggy coats danced in the wind as they galloped, unbridled and unbroken. Yet, in all the years since that one quiet day, I never again have seen the horse with blue eyes

Excerpted from Expecting Sunshine: A Journey of Grief, Healing and Pregnancy After Loss (She Writes Press, 2nd edition, 2019).

For an excerpt from the first edition of the book, see “Baby Shower.” 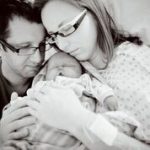 Alexis Marie Chute is a distinguished writer, artist, photographer, and filmmaker who has received over 40 noteworthy distinctions for her visual and literary work. Chute produced and directed a documentary feature film to accompany her memoir, Expecting Sunshine. The film, also called Expecting Sunshine, won the 2018 Audience Choice Best Film at the Central Alberta Film Festival, was a semi-finalist for the Hollywood International Independent Documentary Awards, and a finalist in the International Women’s Film Festival. Her writing has been published in Scary Mommy, Womanista, Today’s Parent, The Good Men Project, Still Standing Magazine, The Huffington Post, and Smart Healthy Woman, among others. Chute is highly regarded as an inspirational speaker and teacher. She lives in Edmonton, Alberta, Canada with her husband and their living children. Find Chute on Facebook, Twitter, YouTube, and Instagram.