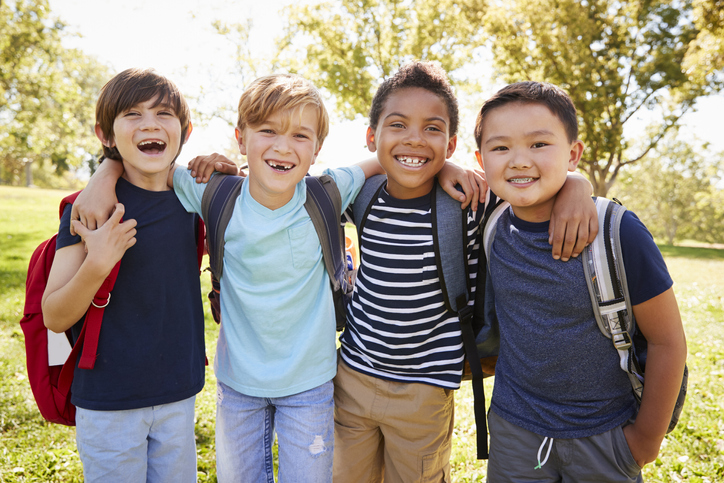 Research on boys, men, and masculinity has flourished over the last two decades and has documented a host of negative outcomes for those who adhere to the traditional Western masculinity norms. Dr. Ronald F. Levant is one of the world’s leading authorities on the psychology of men and masculinity. Through his pioneering research, he identified seven prescriptive norms and stereotypes for boys and men in a patriarchy. They are:

Let’s consider the implications of each of these main mandates of manhood and the psychic price our boys pay.

THE SEVEN MAIN STEREOTYPES FOR BOYS AND MEN

Avoid being feminine. What is a boy? Not a girl. This is perhaps the most traumatizing and dangerous injunction thrust upon men and boys. James A. Doyle, author of The Male Experience, explains that the first maxim of the male script is “don’t be like a girl.” Boys are expected to reject any and all signs of the innate human qualities that patriarchy labels “feminine,” such as empathy, sensitivity, and the desire to nurture. They are punished for showing vulnerability and pressured to demean feminine qualities as a way of boosting their masculine image.

Doyle believes this avoidance of all things “feminine” is the origin of a deep splintering in a boy’s core self. It is also the foundation of misogyny because in adopting these introjects and rejecting the “feminine” parts of themselves, boys internalize that women and girls are “unequal, bad, and inferior.” This toxic maxim is at the root of the other six male stereotypes.

Restrict emotions. From a very early age, boys are bombarded with the message—from outside and sometimes even inside the home—to keep their emotions in check and to “act like a man.” Keep a stiff upper lip. Suck it up. Play through pain. Be stoic and stable and never show any weakness. Never whimper, complain, or grieve openly. Most of all, never, ever cry. Every day, boys receive one message about how to deal with emotions, and that message is: don’t.

Because of this, many boys lack the ability to read and understand their own emotions and the emotions of others — a big problem for relationships! Our culture tries to convince us that girls are hyper-emotional and boys are hypo-emotional, as if this dichotomy was some biological maxim.

This notion is contrary, however, to the available evidence; all humans have the same emotional center in the brain, the amygdala. All humans experience a complex tapestry of feelings! And as we know, suppressed feelings do not disappear, but rather they manifest in other ways as such as substance abuse, poor school performance, aggressive behavior, extreme risk taking, perfectionism, relationship and intimacy problems, depression, anxiety, panic, and physical ailments. 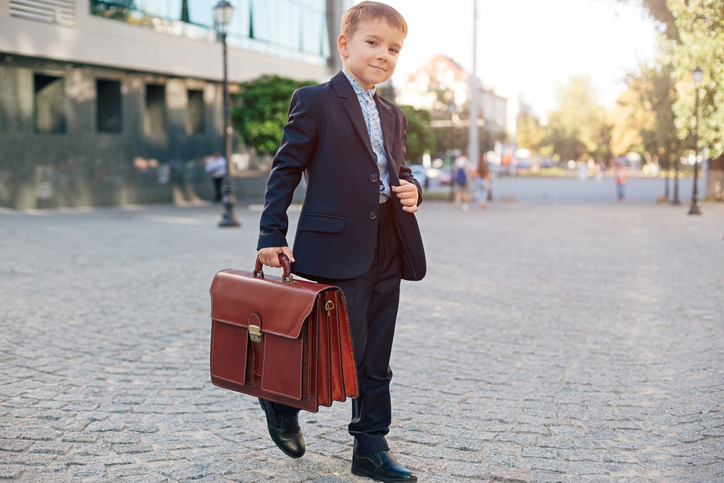 Make achievement the top priority. Achieving status, power, and domination is woven into stereotypical masculinity. In a patriarchal culture, males are not allowed simply to be who they are and to glory in their unique identities; their value is always determined by their vocation. Men, as individuals, are under tremendous pressure to become a financial success and as a result, their very identity and self-esteem becomes intertwined with their occupational success.

Exhibit self-reliance through complete independence. Patriarchal mores insist that boys must substantiate their manhood by idealizing aloneness and disconnection. This ideal of rugged individualism and the eschewing of any signs of dependency leaves boys and men socially disconnected and isolated, increasing their risk for depression, suicide, premature death, alcohol and substance abuse, and a plethora of other mental and physical health problems.

Ingrain Homophobia. The pervasive level of homophobia in middle schools and high schools is staggering. “That’s so gay!” is one of the common put downs boys use to shame one another back on script by associating them with homosexuality and femininity. By a strict definition, homophobia is the hatred and irrational fear of gay men and women. But the real issue goes much deeper than that.

Homophobia and its associated acts relate to a deep-seated fear that one might not be a “real man” himself and so he must constantly assert his masculinity and, once again, take great pains to repress parts of himself. Homophobia obviously hurts those of our sons who are, or will be, gay, but it also impacts all boys regardless of their sexual orientation because of the need to be constantly vigilant and self-monitoring so as not “lose your manhood.”

Act Tough and Aggressive. Be the first to challenge. Don’t ever show that you are scared. Try to make other boys afraid of you first. Fight and win. From an early age, boys are taught to be tough and physical, and that violence is an acceptable response to emotional upset. The most popular male role models are idealized for being strong, aggressive athletes and superheroes. War heroes are put on pedestals and gain fame and infamy through violent actions. Seemingly every male icon— every “hero”—is pictured as violent, aggressive, and uber-muscular, leaving boys feeling that they too must be physically big, very strong, and possessing the ability to use violence to gain power.

However, boys are not born tough. They learn to act tough to withstand the brutal masculine system that uses rejection, bullying, terror, and violence to keep boys and men “on script.”

Objectify women and exercise a non-relational attitude toward sex. Too many boys learn at an early age to view women as prizes to be won, rather than as complex people with personalities, talents, intelligences, morals, feelings, wants, and needs of their own. Objectifying women dehumanizes them, providing a false justification to act toward them with disregard, and even violence.

Sexuality is a significant part of every boy’s psychosocial development, but truthfully, children today learn more about sex from mass media and pornography than from any other source. Much of what children are learning conforms to outmoded patriarchal scripts about the sexual nature of men and women. The early influence of these false and toxic scripts about sex shapes boys’ entire life experience toward sexuality. 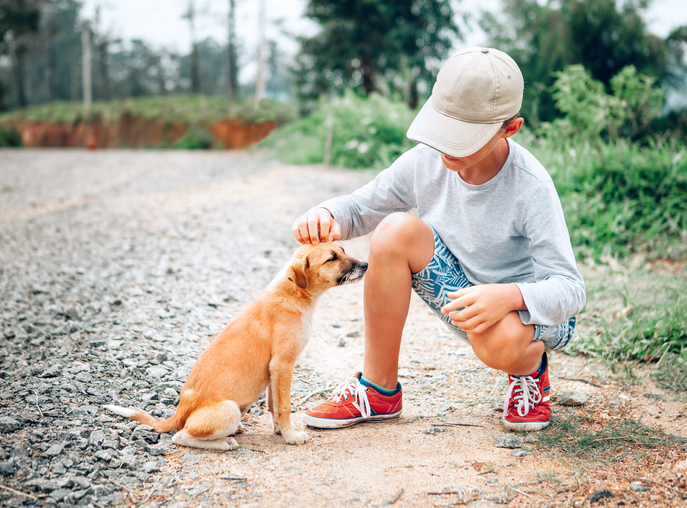 “We, with love, shall force our brothers to see themselves as they are, to cease fleeing from reality and begin to change it.”

James Baldwin, in his 1963 classic best-seller, The Fire Next Time.

The crisis facing our boys today is not masculinity, rather it is toxic patriarchal hyper-masculinity. In many ways, our boys are constantly clashing within themselves between who they really are and who they are expected to be. The stress of guarding and protecting a false self creates a deep wound in the male psyche. Even boys fortunate enough to live in a home that rebukes the patriarchal norms face the stress of living a double life at school and in the community.

We who love boys strive to separate and retain the valuable aspects of traditional masculinity which deserve to be honored (such as leading, building, and protecting) from those that are obsolete or dysfunctional (such as stoicism, aggression, and isolation), while also giving our boys the freedom and encouragement to exercise their innate human qualities traditionally considered “feminine” (such as emotional awareness, nurturing, and interconnection).

We seek to create a new definition of masculinity that is broad and inclusive, and thereby reconstruct the script for our boys — or better yet, we seek to encourage boys to follow their own paths and truest selves and write their own scripts!

To reject the harmful code of patriarchal hyper-masculinity is no easy task for men of any age. Most boys genuinely fear “going off script.” We must recognize that we are asking our boys to work toward shifting the paradigm within the paradigm itself. This takes courage and heroism. And it also takes support. 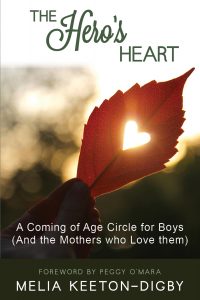 This is an excerpt from The Hero’s Heart: A Coming of Age Circle for Boys (And the Mothers who Love them) by Melia Keeton-Digby. The Hero’s Heart is a groundbreaking new approach to raising healthy, compassionate, and emotionally intact young men. A revolutionary twelve-month journey for mothers and sons, ages 9-14, to explore the core values and themes our boys need most in their passage to healthy young manhood. Through a set of creative social-emotional lesson plans, complete with thought-provoking discussion questions, inspiring activities, and simple rituals, The Hero’s Heart offers a practical template to create an intentional community in which your son will thrive, and where you as his mother will find support. The ultimate goal of The Hero’s Heart is to assist mothers during this pivotal phase to nurture their boys’ inner qualities — the hero’s heart — so that those boys will retain and develop their whole selves as they navigate the maze of issues boys in our culture must face. 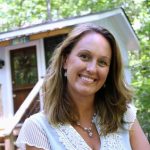 Melia Keeton-Digby is an author,  circle facilitator, and speech-language pathologist specializing in dyslexia.  She is the founder and creator of The Nest, a sacred gathering space in Georgia, USA, where she leads mother-daughter and mother-son empowerment circles.  Melia lives in Watkinsville, Georgia with her husband and three children, ages 18, 13, and 9. Melia is passionate about supporting mothers in raising confident and connected children. In 2012, inspired by her love for her own daughter, and informed by her knowledge and experience as an educator and women’s circle facilitator, Melia created The Heroines Club: A Mother-Daughter Empowerment Circle.