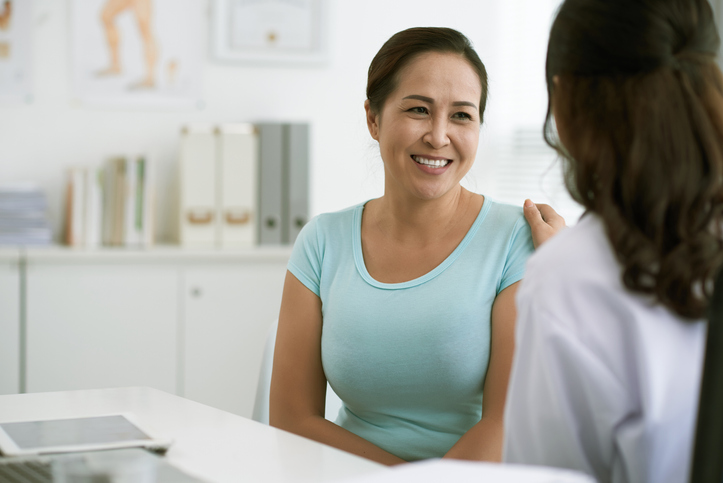 Informed Consent is an ethical and legal doctrine that has developed over the last century in tandem with the growth of participatory medicine and all 50 states have legislation that delineates the required standards for informed consent.

The physician is not justified in failing to inform the patient because the patient might decline the recommended treatment. In fact, the right to decline is the specific fundamental right protected by the doctrine of informed consent.

According to “Providing information about options in patient decision aids,” healthcare providers are bound by the ethical doctrine of informed consent, which is founded on three principles:

George Annas, JD, MPH, the Edward R. Utley Professor and chair of the Department of Health Law, Bioethics and Human Rights of Boston University School of Public Health and professor in the Boston University School of Medicine and School of Law is a leader in the public health community and a supporter of vaccines. However, he also defends the right of individuals to seek exemptions from them. According to Annas, 90% of people want vaccines and it is lack of access to them, not exemption from them, that is the problem.

Except in emergency situations in which a child’s life is threatened imminently or a delay would result in significant suffering or risk to the child, a physician cannot do something to a child without the permission of the child’s parent or guardian. Touching (or administering a medication or vaccine) without consent is considered battery under the law. In the case of routine vaccination, the American Academy of Pediatrics does not believe parental refusal should be viewed as child neglect.

While vaccines are effective, mass vaccines, enforced by law, are a new experiment. Mass vaccines began in the 1950s and were heralded by a horrific event. In 1955, 70,000 people got polio within days of being vaccinated: 200 were paralyzed and 10 died. Cutter Laboratories had failed to kill the polio in the vaccine. According to Paul Offit, in The Cutter Incident: How Americas First Polio Vaccine Led to the Current Vaccine Crisis, this was the beginning of modern liability awards in which a vaccine manufacturer could be found liable even if it is not guilty of malice.

Largely because of the increasing liability of vaccine manufacturers, the National Childhood Vaccine Injury Act was passed in 1986, and vaccine liability in the US is now decided within the National Vaccine Injury Compensation Program (VICP), created in 1988. On average, it takes about 3.5 years to adjudicate a claim with VICP.

Since 1988, over 19,277 petitions have been filed with the VICP. Of these, 17,119 were adjudicated. 5,962 of these petitions were determined to be compensable and 11,157 were dismissed. Over the life of the program, approximately $3.8 billion in compensation has been paid to families of vaccine injured children.

Between 2006 and 2016 over 3.1 billion doses of covered vaccines were distributed in the US and 5,407 vaccine injury petitions were adjudicated and 3,661 were compensated. 2,439 of the compensable claims were for the Influenza vaccine, 306 for the Tdap vaccine, 140 for the DTaP vaccine, 126 for the HPV vaccine, and 117 for the MMR vaccine.

WHAT OTHER COUNTRIES DO

While some countries focus on educating their populace about the benefits of vaccination while leaving the choice to individuals, others offer financial incentives or make vaccinations mandatory to ensure high coverage rates.

Japan, a country of 127.3 million people with low infant mortality and high life expectancy, has had a completely voluntary vaccination system since 1994. No system exists to check vaccine status in schools in Japan. Recommended vaccines are free and one must pay out of pocket for elective vaccines. Vaccination coverage rates are high because the Japanese public has high trust in authority and high expectations for vaccine safety.

The Japanese culture values quality control and product excellence and Japanese health officials take the possibility of vaccine reactions seriously. They ask all parents to fill out a detailed immunization questionnaire and to record any possible vaccine reactions in the Mother and Child Health Handbook that the government provides.

Parents must read the handbook and give consent before their child receives vaccines. They are directed to take their child’s temperature before a vaccination is administered, as Japanese health officials believe that vaccinations may worsen an already sick child. The handbook also asks that parents observe their children’s behavior for 30 minutes following vaccination.

Australia offers parent incentive payments that are paid when a child is up-to-date on vaccinations or the parent has obtained an appropriate medical or philosophical exemption. Australia does not require children to be vaccinated in order to attend school, but unvaccinated students are not allowed to attend school when there is a disease outbreak.

Even those who favor aggressive health policy, according to Annas, are in favor of volunteerism, of urging people to get vaccinated rather than attempting to force them. Annas said that all public health experience has shown that there is “no force on earth strong enough to get someone to do something they don’t want to do and think is not in the best interest of their family.” In a healthy population human rights and dignity are required.

Choice is important for many reasons. First, the doctrine of informed consent is a requirement of ethical health policy. Secondly, we live in a country in which health care is both a business and a service. Thirdly, it has been parent advocacy that has resulted in safer vaccines.

Most importantly, however, it is essential that an individual make a free choice in order to live with the outcome of a decision, no matter what it is. Only when a decision is not coerced can one live with the consequences of one’s actions. Anything else is tyranny.

For more on this topic see: