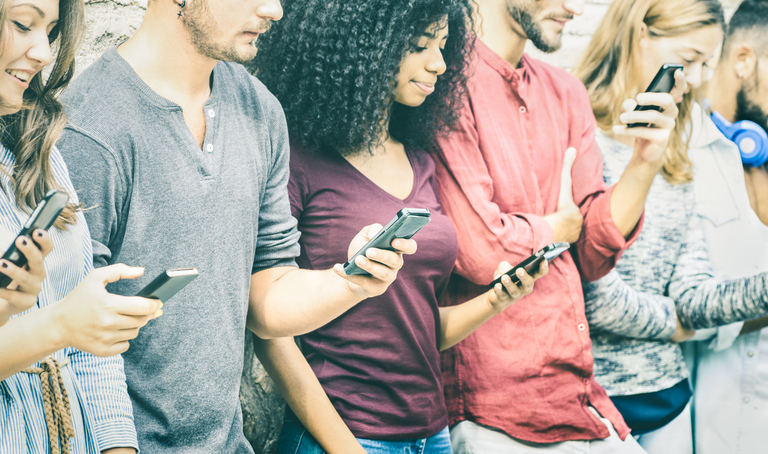 Your child is at school…and something pops into your head that you want to tell your child—plans for dinner have changed, plans after school changed, the doctor appointment tomorrow is confirmed, you love them, etc. What do you do? Do you send the text right when the thought comes, or hold off?

I have started to change my practice around this. Awhile back I was more apt to text right away. Given the lenient phone policies of my teens’ schools in the past, I knew they were receiving snaps and texts from peers all day long, so why would my occasional text make a difference?

AWAY FOR THE DAY

Then something happened. My daughter’s high school changed its policy this year to away-for-the day during class time, and I started thinking differently. The school is working hard to have teens put their attention toward school—teachers are doing an excellent job of requiring phones away in classes (yes, it is working). So even though students can check devices at lunch (and passing to next classes which they do not do as much as you might think they would), I realized I no longer wanted to add to the things Tessa would feel she had to think about or respond to.

Also, I am a big believer in working hard to teach my daughter and son, and myself, to continually be a better planner. So the less we rely on the phone as the escape route for changing plans, the more we work together to get our plans organized outside of school time. So I have really started to “HOLD THAT TEXT.”

This idea is also important in schools that have 100% Away For The Day policies, where phones are put in lockers or backpacks for the whole day. A text during the school day implies we want them to see it, even if we know we don’t expect them to see it until after school. Why give them these mixed messages?

HOLD THAT TEXT is not only about when kids are at school. After a talk I gave recently to a conference of health care providers, a woman came up to me and said how, now that she has joint custody of her kids with her ex-husband, her time with them is that much more precious. So she has ensured she gets at least one hour of alone time with each of them a week, like going out for an ice cream. And the kids know that during this time, she will basically only answer texts and calls from the other kids. And the kids also know they don’t like when their time is interrupted, so they all work to not text mom during those times. Thus they are learning to HOLD THAT TEXT.

I must confess that the hardest part of HOLD THAT TEXT is that I truly fear I will lose the thought completely if I do not quickly do it, because my “working memory” (a psychology term) is not working as well as it used to. So, I am getting better at using the Notes messages on my phone to dictate the idea and then at the same time set an alarm to go off after school hours. That way I remember to text her. I know, I know, this seems like a lot of work versus just sending her the text. But holding the text feels good each time I do it because I believe deeply in the idea that we have times away from our phones, just like when I worked in hospitals and needed a pager, and enjoyed the times that I could take a rest from the pager.

These questions could help you think about texting habits and decide if adjusting them makes sense: 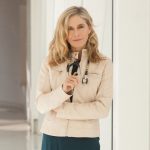 Delaney Ruston is a filmmaker, doctor and mother of two. Through her company, MyDoc Productions, Delaney has made award-winning films such as Unlisted: A Story of Schizophrenia, about her father, and Hidden Pictures: A Personal Journey into Global Mental Health. These films aired on PBS, and were the focus of national campaigns to raise awareness about mental health and were featured at conferences by the World Health Organization. Her new film, Screenagers, is about how we help our kids navigate the digital age. Check out the website for information on screenings and to host a screening. Delaney has been invited to screen her films and be a guest presenter to hundreds of worldwide audiences. She presents to a wide range of audiences ranging from school age children to The United Nations, The World Health Organization, Harvard and TEDX.