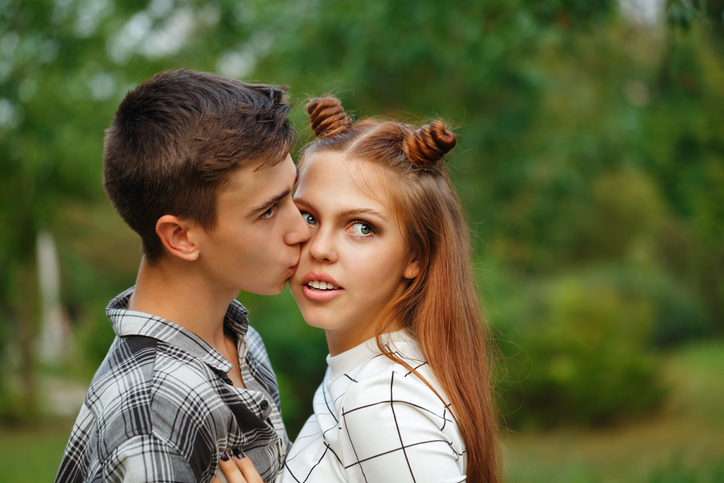 It can turn into a parent’s worst nightmare: one day your darling teen daughter stops listening to you. Starts lying to you. Disappears and refuses to say where she has been. She forgets everything you’ve taught her, and worse, she returns your care and concern with a snarl, tells you you’re stupid and warns you to leave her alone.

It won’t take you long to figure out that she has a new boyfriend, and that this boy has taken over the driver’s seat. In her mind, you’re not the solution, you’re the problem—you’re in the way, standing between her and her newfound infatuation.

This can happen in the best of families, sometimes to the best of parents. So burying your head in the sand, hoping it will go away on its own, and hiding the problem from others is not the way to go. Your daughter needs you now more than ever. It’s time to be strong, double down on your love and compassion for her, and reign in your feelings of anger and betrayal. You may be in a battle for the heart and soul of your daughter, so patience and persistence are the order of the day.

ABUSE COMES IN MANY FORMS

Abuse comes to teenagers in many forms, from the Queen Bees at school, to the inappropriate neighbors, and the bad boy infatuation. Here I am talking about your daughter falling for the bad boy—the boy who is narcissistic, anti-social, and sometimes violent. And in your daughter’s eyes: he’s a lot more fun than the nice boy next door.

As February is Teen Dating Violence Awareness Month, and with over 1.5 million high school students being abused by their partner, it’s important for parents to reflect and check in on their daughters and sons, to see if their partners are putting on an act for everyone to hide what they’re truly capable of.

My extensive research on abusive relationships found three sure signs your daughter is in over her head (and may be in danger of being victimized):

WHAT CAN A PARENT DO?

This boy can have such control that you begin to realize she is not the same daughter you knew a short time ago. In fact, you see all of this and she doesn’t see any of it. In most cases, she will be the last to see it, long after her friends and family have had their fill and are alienated to the edges of her life.

So, what does a parent do? The most important advice I can give is to be patient—don’t attack her, punish her, and drive her further away. Don’t condemn the boyfriend with ugly names or tell her to get rid of him or get out. This only confirms the world view that she and the bad boy have concocted: you don’t love her. Only he loves her. The two of them belong together and you are standing in the way.

AFFIRM AND TRUST YOUR DAUGHTER

At the very point where you want to abandon her and put her in her place, you need to affirm her, tell her you love her, go out of your way to listen and understand even if you’re having a hard time doing so. She’s experimenting with who she is, trying to understand herself, growing into a woman. Tell her you trust her and believe in her ability to make good choices. Tell her she doesn’t deserve to be hurt or harmed and that you know she will protect herself. Don’t be afraid to seek out a qualified professional counselor who specializes in adolescent turmoil and troubles who has helped families through relationship abuse. You deserve support during this time, too.

Above all, let your daughter know you are there for her and you always will be. Make sure she understands that you stand by her and she is not alone. This will be a test of your love for her—so tap into your resources of love. Pray. Hope. Believe. Almost every woman can look back at a time when she fell (or almost fell) for the bad boy. Most will say that a time came when their eyes were opened, and they realized that he doesn’t love her—he loves himself. As a parent, your daughter will turn to you when her eyes are opened. She will be wiser, and she’ll look to you to help her pick up the pieces. That’s what parents do.

Brian Jory, Ph.D. is the Director of Family Studies at Berry College near Atlanta, Georgia. His book, Cupid on Trial – What We Learn About Love When Loving Gets Tough, is now available on Amazon.