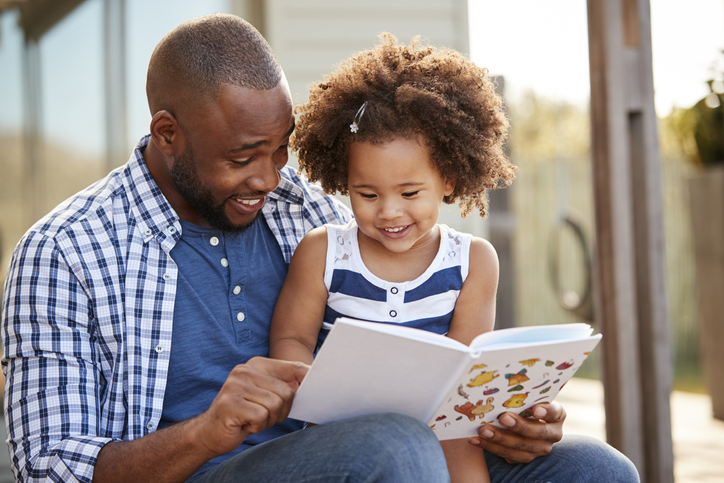 In 1926, historian Carter G. Woodson and the Association for the Study of Negro Life and History designated the second week in February as “Negro History Week.” They chose this week because it included the birthdays of Abraham Lincoln (February 12) and Frederick Douglass (February 14). The intention of the week was to encourage the teaching of Black History in the nation’s schools. Over time, it met with enthusiastic response and in 1969, black educators at Kent State University proposed it be observed for a month. The first celebration of Black History Month took place at Kent State the following year and within six years, it was being celebrated all over the country.

Black History Month, however, is not without controversy. It has been called racist and privileged. Some have suggested that relegating Black History to just one month diminishes its significance and risks reducing important historical figures to stereotypes. They also note that its celebration would be superfluous if Black History were actually integrated into mainstream education throughout the year. 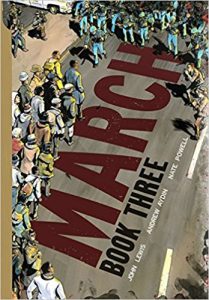 March Book: Three is the final book in a trilogy of graphic novels depicting the Civil Rights Movement in Tennessee, Mississippi, and Alabama between 1960 and 1965. It is also the autobiography and memoir of its author, Congressman John Lewis. It has been called one of the most important graphic novels ever written and a must-read for families of today. March One: Three won the 2016 National Book Award for Young People’s Literature, the 2017 Printz Award, the 2017 Coretta Scott King Author Award, the 2017 Sibert Medal, and the 2017 YALSA Award for Excellence in Nonfiction. 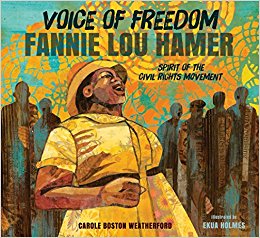 This book of poems and mixed media is told in the first person. Fannie Lou Hamer was a champion of civil rights from the 1950s until her death in 1977. She gave a speech at the 1964 Democratic National Convention that, despite President Johnson’s interference, aired on national TV news and spurred the nation to support the Freedom Democrats. 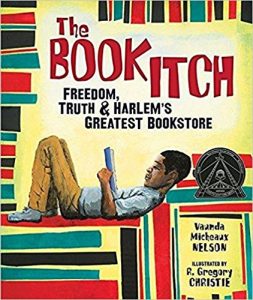 This is the story of the iconic National Memorial African Bookstore as told by the son of its founder. Started in the 1930s by Lewis Michaux, the Harlem bookstore was a meeting  place for all kinds of people. It encouraged people to read and to buy books about African American History. Michael welcomed customers and allowed them to stay as long as they liked and he made a platform for speakers available outside the store; Malcolm X was one of the speakers. R. Gregory Christie uses bold, colorful paintings to help readers envision this landmark bookstore and the surrounding neighborhood. 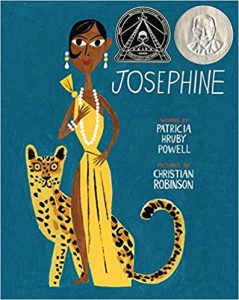 This biographical poem in free verse tells the inspiring story of Josephine Baker, one of the most famous female performers of her day. Born amid poverty and segregation in St. Louis, she was destined to dance on the stages of Paris and Carnegie Hall. Baker was a civil rights pioneer who refused to perform in segregated American dance halls. Josephine: The Dazzling Life of Josephine Baker won the Coretta Scott King Illustrator Award in 2014 as well as the Sibert Book Award, and the Horn Book award. It was named one of the top ten children’s book of the year by the Wall Street Journal. 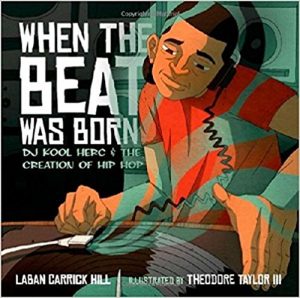 When the Beat Was Born: DJ Kool
Herc & The Creation of Hip Hop

This is a picture book biography of Clive Campbell. Born in Jamaica in 1955, Campbell became known as Kool Herc when he moved to the Bronx. His innovative techniques created the new art form of hip-hop DJing. Kool Herc was the first to use two turntables to create longer breaks for dancing, first to chant the names of his friends during the breaks and coined the term “break-dancers.” The book spans the years 1973 to 1986. 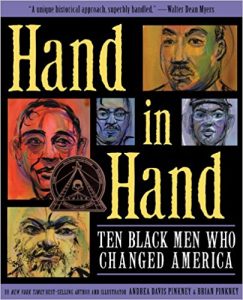 Winner of the 2012 Coretta Scott King Award, Hand in Hand tells the stories of ten men from different eras in American history, from slavery to the modern day. The stories tell about their childhood influences, the times in which they lived, and the legacy they left for future generations as “links in the freedom chain.” The book includes the stories of Benjamin Banneker, Frederick Douglass, Booker T. Washington, W.E.B. DuBois, A. Philip Randolph, Thurgood Marshall, Jackie Robinson, Malcolm X, Martin Luther King, Jr., and Barack H Obama II. 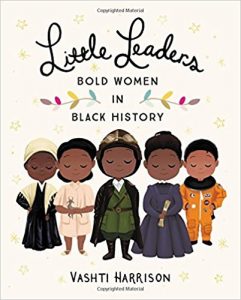 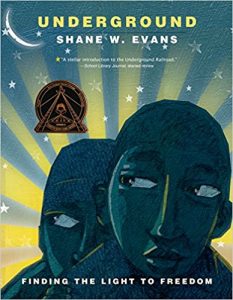 Underground: Finding the Light to Freedom
Written and Illustrated by Shane W. Evans
2015
32 pages
Ages 6 to 8

This is a stirring picture book about a family’s escape from slavery, narrated by a group of slaves. Readers experience the fugitive’s long, nighttime journey, their meetings with friends and family and their glorious arrival at a place of freedom. The emotion of the journey is well captured by the sparse words and high emotions making Underground appropriate for younger readers as well as an opportunity for rich discussion by older readers. Throughout the book, we see the constants of the stars above and the bright, fearful eyes of the fugitives. The subdued hues of the lustrous illustrations erupt in color as freedom appears on the horizon. 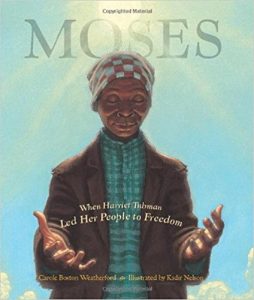 Moses: When Harriet Tubman Led Her People to Freedom
by Carole Boston Weatherford
Illustrated by Kadir Nelson
2006
48 pages
Ages 6 to 9

This book is a poetic account of Harriet Tubman’s escape from slavery and her role in the Underground Railroad. After her tortuous journey to freedom and arrival in Philadelphia, she later guides others to freedom. The book’s illustrations use subtle details like shadowy forest animals guarding her while she sleeps to underscore the spiritual nature of the narrative. The words and illustrations do not romanticize her experience but color it in dark, dramatic tones showing her as a young fugitive “crouched in a potato hole” or as a tough middle-aged leader frowning at the band of runaways she’s trying to help. Especially moving is a one-page portrait of Tubman praying. 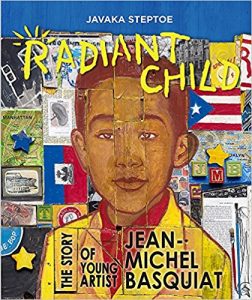 Radiant Child won the 2016 Caldecott Medal, the Coretta Scott King Illustrator Award as well as many other awards. It is the story of the artist, Jean-Michel Basquiat, whose vibrant colors, found objects, and collage-style paintings made him a cultural phenomenon of the 1980s. Steptoe addresses Basquiat’s artistic influences, his difficult childhood as a boy in Brooklyn and his triumph as a critical and popular success in Manhattan. Steptoe’s bold artwork echoes Basquiat’s artistic style and can show young readers that art doesn’t have to be neat and clean to be beautiful. 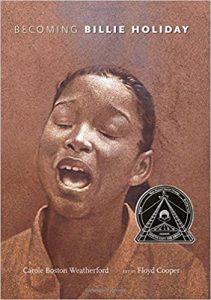 Billie Holiday is perhaps the greatest jazz singer of all time. She was born Eleanora Fagan, grew up in Baltimore and moved to Harlem where she was “discovered.” Holiday journeyed through pain, poverty, and run-ins with the law, but knew, by 15, that she could sing. Dubbed “Lady Day” by her friends she changed the world of jazz forever with her pioneering vocal style. This cultural icon confronted racism during her groundbreaking tour with Artie Shaw’s all-white band in 1938.The book is told in a series of free-verse poems and bluesy lyrics that retrace the singer’s childhood and early career in her own voice. 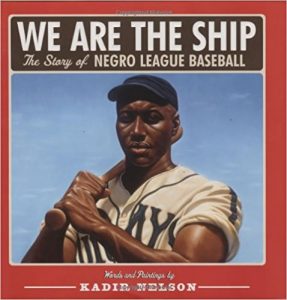 We Are the Ship takes its title from a quote by Rube Foster, founder of the Negro National League, “We are the ship; all else the sea.” It tells the story of the Negro League Baseball from its origins in the 1920s through its decline after Jackie Robinson joined the major league in 1947. Through the authentic voice of the narrator and the dozens of full-page and double-page illustrations, the book makes you feel as if you were there. It reveals the social and political history of the times as well as celebrates the unsung heroes of the league, who just wanted to play ball in a time of segregation, and changed the course of baseball history. 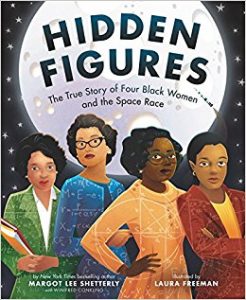 Hidden Figures is the bestselling story of four female African American mathematical geniuses who worked for NASA at a time when “colored computers” were segregated. Dorothy Vaughn, Mary Jackson, Katherine Johnson, and Christine Darden overcame gender and racial biases to succeed in highly challenging and important careers. They provided calculations for America’s first journeys into space. Based on the bestselling book and the Academy Award-nominated movie, this is the incredible and inspiring true story of how four black women helped NASA launch white men into space.