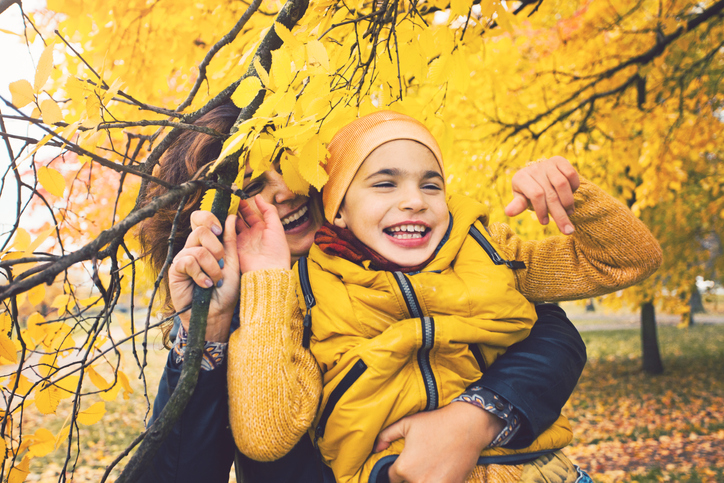 At nine months old, Autumn started banging her head. Victoria and Nathaniel had installed swings for their twin girls in the doorway of the living room, and Autumn would lean out of the swing in order to whack herself on the posts. They would carefully snuggle her back in, secure her, and pad the posts with pillows, but she continued to bang. Sometimes she banged with such vigor that she scarred herself and shook the house. She also started to rock, vigorously pulsating back and forth. She enjoyed humming, producing a discordant, bitonal, and jarring sound. The banging and cacophonous hum, repeated endless times a day, pelted Nathaniel and Victoria’s nerves.

Encouraging, but intermittent signs of progress punctuated Autumn’s repetitious behaviors. During her second year, she began to talk and respond. She would sit on the couch and ask for food, videos, or objects, delighting her parents. She progressed to one or two-word commands before her speech completely evaporated. As her skills slipped, so did hopes of a functional childhood.

By age three, she had collected a variety of diagnoses: autism, cerebral palsy, gastroesophageal reflux disease, and chronic idiopathic constipation. When her twin sister started walking, Autumn was still tackling independent sitting. She never mastered toilet training. For years, she vomited frequently. She even threw up while sleeping, requiring Nathaniel and Victoria to prop her head while in bed. Even then, they needed to change her sheets up to four times a night. She felt miserable. She arched her back and threw herself around, sleeping restlessly, if at all.

When Autumn was four years old, the neurologist thought her difficulties were behavioral and put her on Risperidone, a powerful antipsychotic drug that aimed to reduce her irritability and aggression. Further evaluation uncovered a gastro-intestinal cause to her behaviors. She had a very slow small intestine, digesting food in twice the time it took others. As a consequence, she was uncomfortable and suffered severe reflux, which damaged her esophagus. One year, her medical conditions sent her to the hospital seven times.

Autumn’s school used food as a reinforcer, rewarding her with treats when she attempted a desired task. Autumn would swat the food with her hand, not wanting to eat, but the staff misunderstood her. With her slow intestine and gastrointestinal problems, she could not handle even the low volume of snacks they gave her. Her vomiting and esophageal damage increased to the extent that, for a few months, she required a feeding tube. At home, she risked dislodging the tube while she moved and rocked. Nathaniel and Victoria spent their afternoons holding the tube and following her around the house.

Managing systemic requirements, and their fallouts, required a tremendous amount of time and energy. A labyrinth of bureaucracies confronted the family, agencies and programs with their own twists, turns, obstructions, and dead-ends. Each required a suffocating amount of research, applications, coordination, and, all too often, battles. Nathaniel said,

“It’s constant. It’s been one challenge after another. You need to do the research on doctors, schools, and other services, become the experts, and try not to make an enormous mistake at the same time.”

The stresses mounted. Victoria found it harder and harder to cope. She experienced panic attacks, depression, and fatigue. She said,

“That’s what it became surviving,” said Nathaniel. It was about making it to the next day.”

In her new book, Parents Under Pressure: Struggling to Raise Children in an Unequal America (Leveller Press, March 2019), Karen Zilberstein, Clinical Director of the Northampton, Massachusetts chapter of A Home Within, provides a candid look at how parents contending with poverty, illness, disability, or other constraints are expected to do so much with so little—and the price they and society pay.

Through the unforgettable portraits of six overburdened families, Parents Under Pressure shows how health crises can quickly devolve into the loss of jobs and homes, how public perceptions of poor people hamper the chances for a better life and the ways in which race and income affect access to assistance. Judged by family, friends and professionals who question their abilities and choices, parents feel inadequate and drained, rather than supported.

THE CHALLENGES OF OVERBURDENED FAMILIES

Survival, and the cost of that survival, is the subject of Ruth Levy Guyer’s book, Baby at Risk, which details the experiences of children like Autumn and their families. [i] A writer and medical ethicist, Guyer’s book grapples with the various ethical, medical, social, economic, and political factors that hamper infants born suffering and with severe disabilities, as well as the effects on their parents. It documents a medical establishment more skilled at saving lives than enhancing them, a society more willing to pump money into advanced medical technologies than the daily care of sick children and their families.

“Some families got stronger, but most were broken apart. Some of the situations were impossible. Most did not end well.”

Mothers of children with disabilities are two or three times as likely to suffer from anxiety, depression, and stress than the general population.

The 2009/10 National Survey of Children with Special Health Care Needs states that 22% of the families reported that their child’s health conditions create financial problems and 25% indicated that family members needed to cut back hours or stop working to care for an ill child. When the number and severity of a child’s impairments rose, families’ financial and work-related difficulties surged.

Lower income families felt the impact more than higher income ones. Canadian researchers David McConnell, Amber Savage, and Rhonda Breitkreuz found that families with financial hardship and few social supports paid an especially high price. Faced with challenging child behaviors, one in three financially-secure families, with substantial social supports, fared well. Families lacking both struggled mightily, with only one in one hundred respondents reporting a high quality of life. The odds tilt strongly against families like Victoria and Nathaniel. 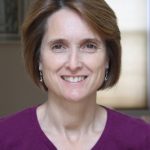 Karen Zilberstein is a psychotherapist who works with children of all ages, adolescents and adults. Her work with children specializes in youth who have experienced foster care, adoption, disabilities, school problems, divorce, and/or trauma. She serves as the Clinical Director of the Northampton, Massachusetts chapter of A Home Within, a national non-profit devoted to providing pro bono therapy to foster care youth.
Post Views: 1,661