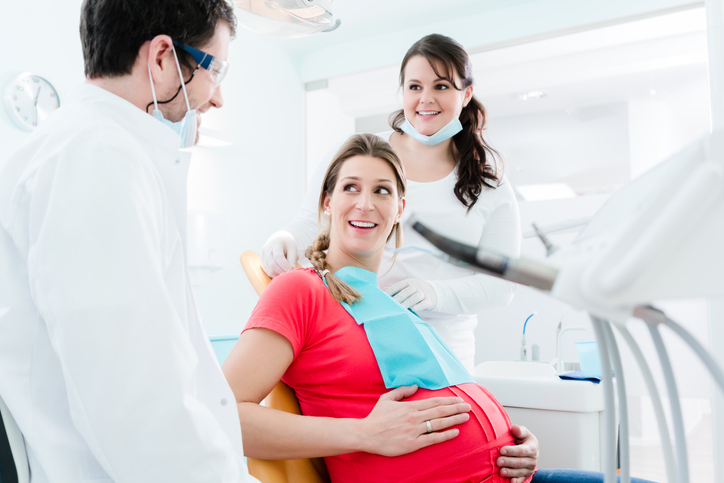 Two new studies associate dental amalgam fillings with pregnancy risks and confirm that action is urgently needed to protect babies from the known risks of mercury, according to the International Academy of Oral Medicine and Toxicology (IAOMT). A growing number of countries have taken measures to prevent the placement of dental amalgam “silver” fillings in women and children because they contain approximately 50% mercury. However, dental amalgams are still widely used in the United States, without any restrictions for susceptible populations.

One of the new studies by researchers in Norway involved over 72,000 pregnant women and included data on the number of their teeth containing dental amalgam fillings. Their research was published earlier this month in the peer-reviewed journal, PLOS One. Lars Bjorkman and his co-authors discovered

“a statistically significant association between the number of teeth filled with dental amalgam and the risk of perinatal death.”

A second study appeared earlier this year in the peer-reviewed medical publication, The International Journal of Occupational and Environmental Medicine. This Egyptian study investigated the pregnancy outcomes, urinary mercury levels, and blood antioxidant activities of a cohort of 64 pregnant dental staff and 60 other pregnant women. Researchers found that pregnant dental staff

“The use of dental mercury must be stopped. No one should have toxic mercury put into their mouth where it continuously leaks, especially when brushing or chewing. These studies validate decades of research demonstrating this outdated dental material poses a substantial threat to human health.”

Last summer, the European Parliament enacted a ban on dental amalgam fillings for children under 15 and pregnant and breastfeeding women with consideration for banning dental amalgam completely by 2030. Other world regions have likewise taken action against dental amalgam, largely due to a United Nations Environment Programme (UNEP) treaty created to protect human health and the environment from the adverse effects of mercury.

Meanwhile, in spite of burgeoning scientific research and global action, the US Food and Drug Administration (FDA)

“considers dental amalgam fillings safe for adults and children ages 6 and above.”

However, details in the FDA’s public statements about dental amalgam have varied over the years, including information about its potentially harmful impact on women during pregnancy (and their fetuses) and children under the age of six. Unfortunately, there are currently no enforced FDA regulations for children or any other population.

This information was first published by the International Academy of Oral Medicine and Toxicology (IAOMT). The IAOMT is a non-profit organization that has been examining the hundreds of scientific research articles showing health risks of dental mercury, including risks to pregnant women and children, since its founding in 1984. Members of the group, which is mainly comprised of dentists, physicians, and scientists, have been expert witnesses about dental products and practices before governments bodies around the world. The IAOMT is also an accredited member of the United Nations Environment Programme (UNEP)’s Global Mercury Partnership.