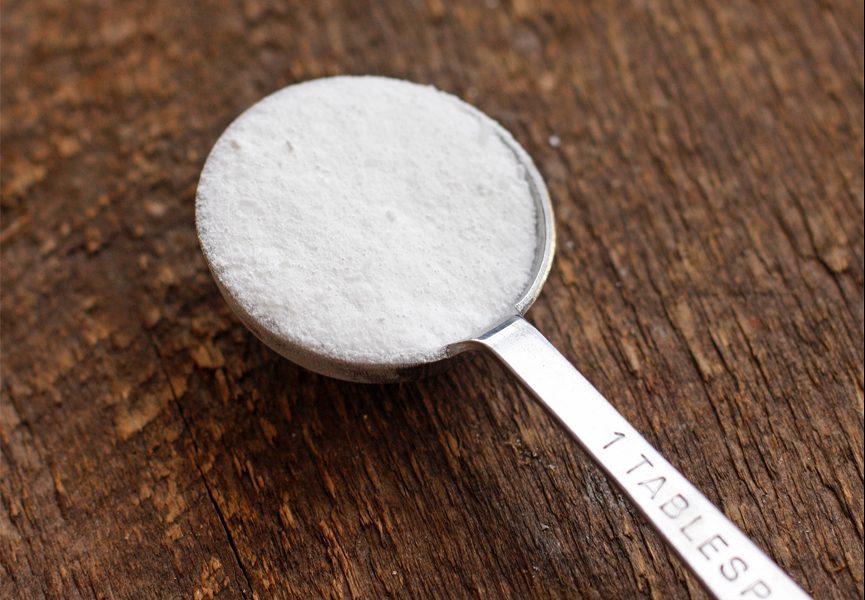 I have been making my own kitchen cleaners for years but it never occurred to me until recently  to make other kinds of every day home products as well. I’ve always used essential oils around the house but only recently began buying the really high quality, truly pure kind that actually retain their medicinal and/or cleansing properties. The more I began experimenting with oils, the more I wanted to incorporate them into all of the products we use at home.

So after tallying up how much I spend in a month on the natural laundry detergent I use for my family of five, I began to wonder how hard it would be to make my own.  I looked around online one night and found a few easy recipes.  Borax seems to get a lot of mixed reviews as to how “natural” it is and I didn’t have any at home anyway, so I chose a recipe without it from Wellness Mama.

This recipe makes exactly a quart of detergent and you only need 1 tablespoon per load.

I started to get excited because all of these ingredients are very inexpensive, and if this worked I would not only be saving quite a bit of money but also be using a completely natural product that would be great for my children’s sensitive skin. 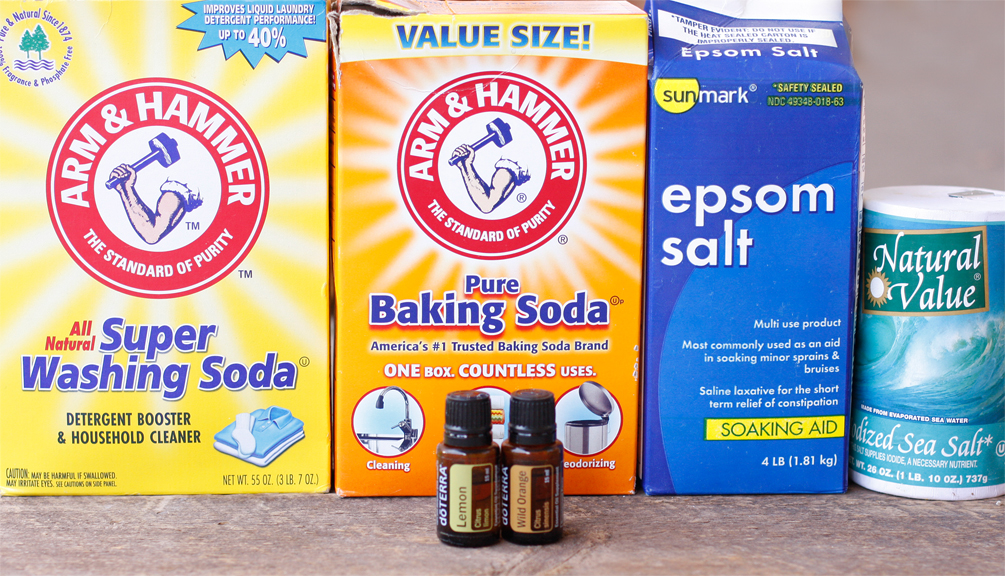 MAKING YOUR OWN WASHING SODA

You can buy a box of washing soda at most grocery stores. The box I bought at my local store was just over $3.00. You can also make your own washing soda by spreading a thin layer of baking soda in a large glass-baking dish and putting it in the oven at 400 degrees for about two hours. Lots of sites say one hour but I found it really took two. You will know it’s done when it looks and feels grainy, almost like fine sand, and is dull in color. Just remember, baking soda is bright white and fluffy; washing soda is dull and grainy.

I decided to wash a load of whites first. Now, I’m a little messy and I have three kids and two big dogs so our whites are only really white the first week we own them. Also, I usually buy liquid laundry detergent and I was a bit concerned about this powdered one getting caked onto the clothes in the wash, but that hasn’t happened.

After I dried the load and put it in the basket I was struck by how bright white the clothes were—as white as I’d seen them since I bought them for sure. I started to get more excited. However, I reserved judgment because that load of whites may have been a little worn out but they weren’t that dirty.

I needed a load that was really dirty and gross to see if this was for real.

A couple of weeks ago I was on my way to pick up my daughter from school and running a little bit late.  I had brought along my new favorite chocolate-peanut butter-banana smoothie to drink in the car because I had a couple hours of car pooling and after school classes ahead of me.

This particular day I couldn’t find the lid to my jar but I decided to risk it and just drink my smoothie quickly.  So of course, as I was about to buckle my son into his car seat, he saw a toy of his up front, jumped to grab it and knocked my smoothie all over the middle console of the car; I had only taken one sip. Not only did I have a huge mess to deal with but I was also going to be hungry this afternoon as well.

By now we were really, really late. I just couldn’t go back in the house again and get a soapy rag and clean the car. I couldn’t be that late to pick up my kindergartener. I was already late enough that I knew there was no way I would get a parking spot anywhere near the school. So I grabbed a scarf of mine that was lying on the seat, sopped up the smoothie as best I could and then wrapped the scarf into a ball, carefully laid it on the edge of the rubber floor mat, and promptly forgot about it—until the next day when I opened the door and thought, “What is that smell?”

As I dug around the mess of papers, notebooks, toys, and crushed cheerios (which have no smell by the way) I saw the scarf. The smoothie had dried onto the balled up scarf and now the whole thing was crusted together. Seriously, Yuck.  My car is old and messy but still…that was over the top even for me.

But you know, when you have kids this kind of ridiculous situation happens all the time (it’s not just me, right?) and you can either laugh or cry. So I only berated myself for a moment about having the grossest car ever and then I remembered my new, homemade laundry detergent.  This would be the perfect test! I threw the disgusting scarf, still in a ball, with a load of dark clothes and my homemade, fresh smelling detergent into the washing machine and hoped for the best. When it was done I pulled the scarf out to inspect it thinking I would probably need to wash it again but it looked perfectly clean. I put the whole load into the dryer and everything came out good as new. I’m sold.

This stuff really works and obviously I’m not some neat freak whose laundry is already pretty clean when it goes into the washing machine. Believe me, I’m just your average mom trying to hold it all together who wants to use natural products in my home without spending a fortune.

This detergent is completely non-toxic, incredibly easy to make, inexpensive and smells wonderful.  I honestly can’t imagine ever buying a bottle of laundry detergent again. 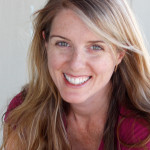 Adrienne Schroeder has a Certificate in Plant-Based Nutrition from The T. Colin Cambpell Foundation and eCornell. She is also a photographer and the mother of three (vegetarian) children who loves to create simple, healthy meals for her family.