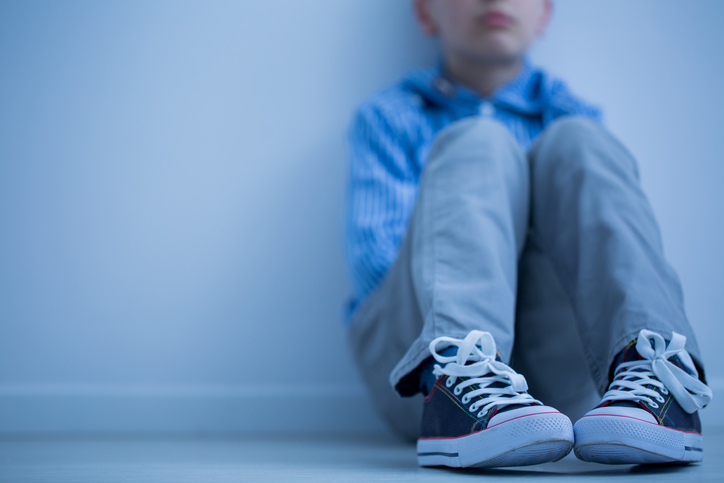 Discussing vaccinations and autism isn’t an explosive topic: it’s thermonuclear. Both sides of the argument feel, with great passion, that the health and welfare of our children are at stake. Much of this passion is the product of several lies told repeatedly. These lies form a foundation for self-interested parties to deny, obscure, and misdirect the truth about what’s happening to millions of children. They pit well-meaning parents against well-meaning parents. Remove the lies, and you’re left with a deeply disturbing explanation for why so many children have autism, seemingly out of the blue.

Interestingly, the belief that vaccines can cause autism isn’t the fringe topic many mainstream media articles make it out to be. In the 2016 election, of the 128 million people who voted for either Hillary Clinton or Donald Trump, 24.3% of them believe this statement is true: “Vaccines have been shown to cause autism.” That’s 31.3 million people. It’s not a conspiracy theory, as I hope my new book, How to End the Autism Epidemic, will show through sound logic, data, and scientific studies.

STEPS TO ENDING THE AUTISM EPIDEMIC

The first step to ending the autism epidemic is to be honest about how it started, and expose the lies told, time and again, to distract and confuse the issue. We need to name names and hold people and institutions accountable. We need to look at common arguments—that the rate of autism isn’t actually increasing and that the science is settled, for example—and intellectually dismantle them in a logical, fact-based way. We need to look at the role of the media, Big Pharma, and trusted institutions such as the Centers for Disease Control and Prevention (CDC) and the AAP. We need to follow the money.

The second step is to understand the clear and compelling scientific evidence that supports the connection between vaccines and autism. What many people don’t know (because the mainstream media doesn’t report this) is that since 2004 there has been a revolution in the understanding of the cause of autism, based on the rapid-fire publication of a number of biological studies that point to an “immune activation event” in the brain—immune activation being the whole point, by the way, of vaccination. Does that mean vaccines are the only cause of autism? No. Other things can cause immune activation events; it just appears that vaccines do it most consistently and devastatingly.

What many people also don’t know is that recently some highly respected scientists—experts who were relied upon to testify against parents in the National Vaccine Injury Compensation Program’s “vaccine court”—have recently switched sides and now support the view of so many parents that vaccines can indeed cause autism. They have amended their views based on evolving science. Their words carry tremendous weight, and I hope my book helps put their comments, many of which have never before seen the light of day, into proper context.

The third step to ending the autism epidemic is to develop a constructive plan for how we protect future generations from a devastating epidemic now impacting one in 36 American children based on what we understand about the cause of autism and where families and doctors have experienced success in recovery.

The autism epidemic is ultimately a failing of our public health officials. In the United States, the Centers for Disease Control and Prevention—a federal agency within the Department of Health and Human Services—is not only responsible for implementing our national vaccination program but, in a twist of bitter irony, is also responsible for tracking the number of children with autism. It’s as if the expression, “the fox guarding the henhouse” had been waiting its whole life for this moment. Sadly, the CDC’s failings are further enabled by scientists, doctors, and many members of the media willing to parrot the same old lies that obscure an honest discourse about the epidemic and how to end it.

IT IS NOT ANTI-VACCINE TO WANT SAFE VACCINES

I know some people will label me as “anti-vaccine.” This is a slur used to quell debate and a waste of my time and yours. People for safer cars are not “anti-car.” As Professor Christopher Exley of Keele University, a pioneer in establishing the biological relationship between vaccine aluminum and autism, explains:

How do you express a legitimate concern about aluminium adjuvants in vaccines without being labelled as ‘anti-vaccine’? . . . The answer appears to be that you cannot.

We don’t have time for these kinds of oversimplified attacks and binary labels. Our kids desperately need us to rise to the occasion of an informed, intellectual, and fact-based debate that examines arguments on their merits. I’m not saying I’m not angry—you’ll see plenty of anger throughout this book directed at the people and institutions I have learned are responsible for the current unprecedented crisis in our kids’ health—but simplistic ad hominem attacks that a person is anti-vaccine for expressing a legitimate and informed concern get us no closer to ending this devastating epidemic.

EVALUATE EACH VACCINE ON ITS OWN MERITS

What I genuinely believe is that each vaccine needs to be evaluated on its own merits. While I acknowledge that vaccines provide some benefit to society in reducing cases of certain acute illness, they also cause brain damage in some of the vulnerable kids who receive them. Parents have a right to all the information they need—this is called informed consent—to make an informed risk/reward decision on behalf of their kids. The public health establishment in this country has not been forthcoming with us. They exaggerate the overall benefits from vaccination and severely downplay the risks, either through improper monitoring and testing or through blatant misrepresentations. And while we have the capacity to do so, we don’t systematically assess the children who are more vulnerable to vaccination before they receive any. I believe the public’s trust in the very institutions whose charge it is to protect our health has been severely compromised. 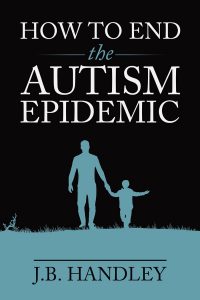 Well Being Journal adapted this article from How to End the Autism Epidemic, copyright 2018 by J.B. Handley, used with permission from Chelsea Green Publishing, White River Junction, Vermont, 802-295-6300; www.chelseagreen.com. 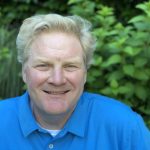 J. B. Handley is the author of the new book How to End the Autism Epidemic (Chelsea Green Publishing, September 2018). He is cofounder and chairman of Generation Rescue, a nonprofit organization focused on helping children recover from autism, and is also the father of a vaccine-injured autistic child. He produced the documentary film Autism Yesterday and is cofounder of the Age of Autism blog. He is an honors graduate of Stanford University and lives in Portland, Oregon, with his wife, Lisa, and their three children.