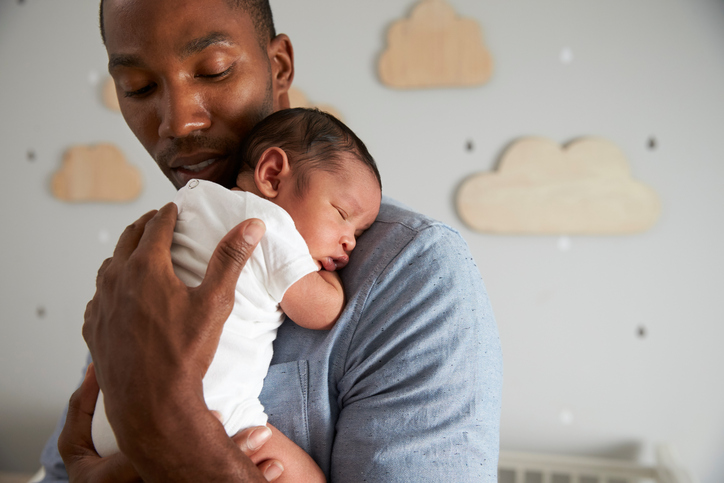 “When I was on parental leave, I took care of cleaning, shopping, cooking, all the basic work.”

Pekka, a 37-year-old Finnish journalist, is talking about what happened when he took solo charge of his one-year-old son during the day over several months, while his wife went back to work after maternity leave. It was, he says, “natural” to take on the broader household tasks.

“I can’t remember any quarrelling about it. I did as much as I could. That was part of my job during leave.”

Pekka stayed at home for 8 months with his son.

“I took two weeks paternity leave when the baby was born and one more week later. Then, when he was about 16 months old, I stayed at home, combining annual holiday with care leave. We did not want to put him in day care before he was two years old. It was OK for my wife to stay at home a year and a half, after which I took the rest.”

The picture Pekka painted of his family life is one that our network of research colleagues is finding in many countries when fathers take extended leave from work to care for their young children while their partners return to work. Our findings are set out in a new book published this month. We have found that the way couples work together in these situations is qualitatively different from how family life typically operates when a father takes just a couple of weeks of paternity leave around the time of birth and then goes back to work.

That pattern usually leaves dad as the secondary parent, a helper rather than an equal or autonomous caregiver. Typically, when dad takes just a couple of weeks off around the birth, the division of tasks in the home continues to follow a more traditional, gendered model that has proved highly frustrating for working mothers who usually remain the primary caregivers, mediating father-child relationships.

In contrast, we have found that when a father spends weeks/months in solo care of young children, his long-term relationship with them is closer. Rather than just a helper in the home, he becomes a man who relishes his competence as a parent and takes much more responsibility for housework and care of the home. This chunk of solo caring by the father seems to be a tipping point, offering considerable potential for greater gender equality in the home.

Pekka also explains how, like other similar fathers, his one-to-one experience in his wife’s absence led him to adjust to child-caring in “slow time”, at a child’s pace, rather than the faster world of his adult or working world. This shift made him more competent, better attuned to children and more reflective about his role.

“I probably have learned to be systematic, fast and effective in many ordinary, mundane tasks,” he says. “But the most important learning has to do with personal growth. It was a surprise to realise how impatient I could be. I always thought I was a really cool and calm person who does not flap about anything. The little one-year-old really pushed my buttons, and I had to manage my anger in a new way. I also began to think more about profound questions of life while sitting by the sandpit. Sandcakes are like life itself: it is not the completed cake that is important, but the process of making it.”

Adam, in Norway, was home alone with his daughter, Thelma, for 15 weeks, starting when she was 6 months old. His experience was similar to Pekka’s.

“We’d get up, and me and my daughter would set the breakfast table because I knew I didn’t have to rush, so I’d make breakfast for everyone. And Thelma would sit and eat her breakfast. And afterwards we’d tidy up together. We’d go out on the back balcony, and then we would have all the toys out. And she’d play, and we’d play, and we would go around the garden. Then it would maybe be time for her to sleep. So then she’d sleep, and then I would clean up the breakfast and vacuum and do the washing. And, just like my sister said, you’ll be the housewife.”

Adam and Pekka show how important changes seem to be happening in fatherhood and family life in countries that have allowed, persuaded or nudged fathers to take longer leave alone with the children. Fathers are interacting more with their children and sharing more responsibilities in the home. The quality of the couples’ relationships may also improve, with greater mutual understanding and sharing. We also see some fertility gains – in Sweden and Norway, where leave for fathers is generous, such couples are more likely than parents elsewhere in Europe to have a third child.

Our findings, from researchers in 11 countries, are qualitative, involving small samples and in-depth interviews, and should prompt larger-scale quantitative research. They reflect shifts in leave arrangements not only in the Nordic countries which, over the past 20 years, have increasingly offered use-it-or-lose-it extended leave for fathers that can be taken in the first years of a child’s life and which is not transferable to, or from, the mother. Our studies also include other countries, such as Canada and Portugal, which have recently enhanced fathers’ leave entitlements.

It seems that where parental leave is transferable from the mother and poorly paid – the system that has developed, for example, in the UK – fathers tend not to use it. They don’t want to take away women’s entitlements. Additionally, because men are typically the higher earners, the family can’t afford for the fathers to take those entitlements in any case.

However, in countries where some of the leave can be taken only by the father and it’s also well paid, dads do take it. For example, fathers’ earmarked entitlement in Norway is 10 weeks of fully compensated leave. It’s part of the couples’ total 49-week parental leave entitlement, and it’s more readily taken up than in the UK, often once the mother has returned to work. This pattern of role-swapping also reduces the couples’ reliance on day-care.

In market economies, it’s hard to nudge fathers’ behaviour in this way because it typically requires state intervention – it can be uncompetitive for employers to set such systems up unilaterally. Establishing such a system requires countries or companies to set a value on changed behaviour and recalibrate the rules around leave for fathers accordingly.

Countries that pursue such a policy may find that they’re laying the foundations for a second gender revolution, one that builds on the first revolution which has enshrined rights for women in the workplace. The second revolution could create symmetry for men – they could move more into the home and participate in the family as carers as well as earners.

Looking at different welfare systems, there’s a risk that a division will emerge between parental leave-rich and parental leave-poor countries. Such a division could also occur within countries, if welfare models are inflexible. For example, access to leave arrangements in Nordic countries is linked to citizenship. In some countries, leave arrangements are not generous for self-employed or irregularly employed workers. As result, poor parents have fewer options.

The message of our studies to governments and employers is that the rules they set for leave arrangements in children’s early years may have a significant impact on how families operate. This includes the roles that men and women occupy in work and the home and the strength of fathers’ relationships with their children.