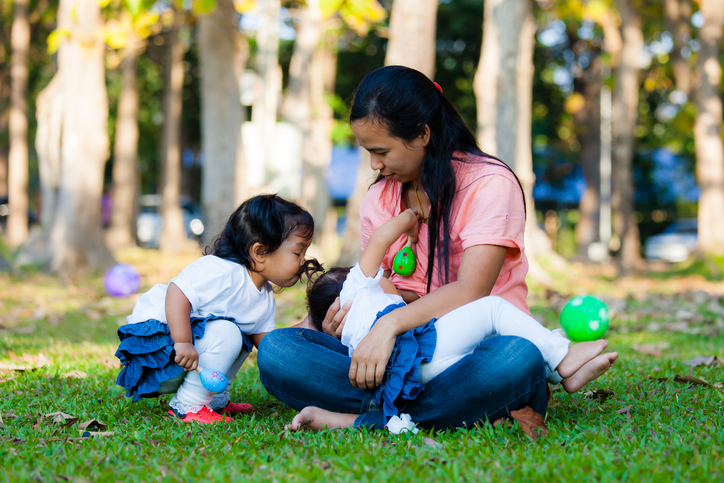 On May 21, 1981 the Code of the Marketing of Breast-milk Substitutes was adopted by the World Health Organization (WHO). While many in the US consider breastfeeding a lifestyle choice, in fact, lack of breastfeeding results in 4000 infant deaths a day worldwide. Just 37% of babies worldwide are exclusively breastfed for the first six months even though an exclusively breastfed child is 14 times less likely to die in the first six months than a non-breastfed child. A 2016 Lancet Series on breastfeeding concludes,

“Breastmilk makes the world healthier, smarter, and more equal. The deaths of 823 000 children and 20 000 mothers each year could be averted through universal breastfeeding, along with economic savings of US$300 billion.”

WHAT DOES THE WHO CODE PROHIBIT?

The WHO Code prohibits advertising or promotion of the following products:

The Code is very specific in regards to the responsibility of health care facilities and health workers.

According to “Marketing of Breast-milk Substitutes: National Implementation of the International Code Status Report 2016″:

Breastfeeding advocates in the US have worked for decades to bring awareness to the important health benefits of breastfeeding and to encourage voluntary adoption of the Code. They have helped to decrease direct advertising to mothers in magazines, on websites and in other media by boycotting outlets that take formula advertising and have successfully worked to eliminate formula sample distribution in US hospitals by organizing consumer campaigns like Ban the Bags. (see below)

Formula advertising has been shown to undermine breastfeeding, but it has been difficult to reduce formula advertising to US mothers because breastfeeding advocates can always be outspent by formula companies. For example, in 2004 the US Department of Health and Human Services Office of Women’s Health launched a National Breastfeeding Awareness Campaign and spent $20 million on the media campaign. That year, formula companies in the US spent $50 million on advertising.

This cost is minimal to an industry that is growing dramatically. Between 2008 and 2013, the total worldwide total sales of milk-based infant formula grew 40.8%. Growth was most rapid in East Asia, particularly China, Indonesia, Thailand and Vietnam. Annual sales of infant formula in 2016 were almost US$ 45 billion worldwide. This is projected to rise by over 55% to US$ 70 billion by 2019.

“It is encouraging to see more countries pass laws to protect and promote breastfeeding, but there are still far too many places where mothers are inundated with incorrect and biased information through advertising and unsubstantiated health claims. This can distort parents’ perceptions and undermine their confidence in breastfeeding, with the result that far too many children miss out on its many benefits,”

A 2016 letter in The Lancet , published as part of the series on breastfeeding, calls for regulation of formula advertising:

FORMULA SAMPLES ON THE DECLINE

One place where there is good news for breastfeeding babies is in the area of formula promotion in health care facilities. Over the past decade, hospitals have been steadily trending toward ending formula promotion. As of 2015, 79% of hospitals report banning free formula samples. Further, all hospitals in Massachusetts and Rhode Island, Massachusetts, Delaware, Maryland, District of Columbia and New Hampshire have voluntarily banned discharge bags. Here’s a list of bag-free US hospitals.

BABY-FRIENDLY HOSPITALS ON THE RISE

The number of Baby Friendly designated hospitals—which must prohibit formula marketing to receive that designation—is increasing. More than 500 facilities are designated Baby-Friendly in the US. According to Baby Friendly USA:

“Baby-Friendly practices are designed to optimize mother-baby bonding and to protect, promote and support breastfeeding in the first few days of a new baby’s life. Baby-Friendly designation means that a maternity facility has successfully implemented the Ten Steps to Successful Breastfeeding, which include providing appropriate education to enable families to make informed decisions about infant feeding, encouraging mothers to hold their babies skin-to-skin immediately following birth, and offering expert lactation support throughout and beyond the hospital stay.”

As recently as 2010, there were less than 100 Baby-Friendly designated facilities implementing these practices in the US, but the designation has gained significant traction since then. Reaching the 500 mark means that currently:

Here is a list of the 518 Baby-Friendly Facilities in the US. More than 20,000 maternity facilities in 150 countries have earned this designation.