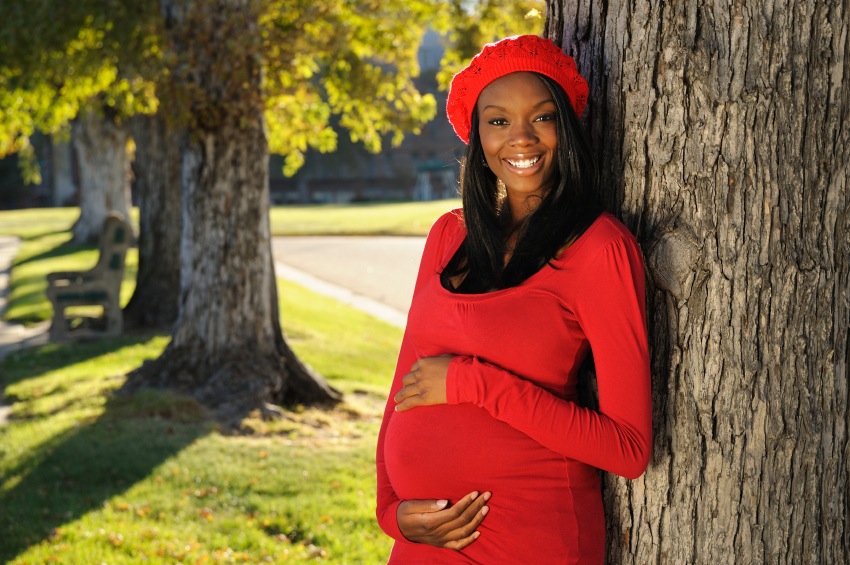 Thank you to Tasha Portley for shining a light on the uncomfortable truth that the birth world, like our social world, is racially segregated. Tasha was asked to speak on a panel at the Birth Roundup held in Ft. Worth on April 22, 2017. When she researched the conference, she noticed that she had been asked to speak on an all-white panel, and at the Birth Roundup she found herself among only a handful of African American attendees. It was virtually an all-white event.

While no one intended this, the impact of the Birth Roundup on Tasha was disturbing. The answer to a question to Ina May Gaskin about racial disparities failed to acknowledge her reality and she experienced a number of microagressions at the conference. A microaggression is

“a statement, action, or incident of indirect, subtle, or unintentional discrimination against members of a marginalized group such as a racial or ethnic minority.”

In her video, Tasha gives the example of the hotel valet criticizing her for talking too much instead of picking up her car when she was called. Microaggression can also be felt from the well meaning comments we white people make to black people when we patronize them. Any act which objectifies a person is an act of microaggression.

When those of us who are white hear this we can get defensive. We don’t consider ourselves racist and think that racists are bad people. We may feel angry, afraid or guilty and want to argue that we are not racist or be silent because we’re afraid we’ll say the wrong thing or simply avoid the situation all together. White privilege tends to make us racially illiterate. Even when we are not racially prejudiced ourselves, we can still hold implicit biases and participate in racial hierarchies. According to Dr. Robin DiAngelo in her article, “White Fragility: Why It’s So Hard to Talk to White People about Racism,”

This distinction—between individual prejudice and a system of unequal institutionalized racial power—is fundamental. One cannot understand how racism functions in the U.S. today if one ignores group power relations.

If you look around at the imagery in the natural birth movement, on websites, brochures and at conferences, you will find that it is largely white centric. And, speakers and attendees at events are largely white. We may not have intended this, but we must talk about its impact and try to change it. I agree with Tasha when she suggests that “we have be willing to be uncomfortable and to have conversations with those who are also uncomfortable.”

We need diversity in birthwork. When people of different races, ethnicities, religions, genders, etc. come together they bring different skills and thought processes to problem solving because of their different life experiences. We need diversity for resilience and sustainability. And, we need diversity because research shows that care that is culturally sensitive to a mother’s specific beliefs, values and to the customs of her ethnicity and religion is essential to a mother-friendly birth.

The racial disparities that Tasha asked Ina May about are staggering. Research shows that African American pregnant women are

We used to think that these grim statistics were the result of socioeconomic factors like poverty, and lack of education, but in fact, they cut across all socioeconomic groups and are the result of simply being black in America. Violence, systemic racism, and microaggression contribute to an elevation of stress hormones. This elevation creates an extended inflammatory response in the body that increases the risk of adverse birth outcomes.

In general, African Americans are subject to the early deterioration of their health as a consequence of social exclusion. As a race, they suffer prematurely from poor health outcomes. Arline T. Geronimus, Sc.D, professor and senior researcher at the University of Michigan School of Pubic Health, calls this concept “weathering.”  Examples of the chronic stress caused by institutional racism have been reported by black women who talk of doctors who do not want to touch them or look them in the eye.

There is some evidence that birth outcomes are worse if a black woman is not cared for by a midwife of color. The International Center for Traditional Childbearing (ICTC) conducted a pilot study of 300 black women regarding how they were treated by their care providers during pregnancy.  Ninety percent of the women in the study reported being alone during birth and none were offered a doula. ICTC has created a fast track to midwifery and also offers a doula training program. In addition, Sister Midwife Productions offers a directory of black midwives and black doulas.

According to Kathi Barber, author of The Black Woman’s Guide to Breastfeeding, there are not enough black lactation consultants in the US. She reported that out of 1000 attendees at a national lactation conference, only nine attendees were black, and of these, just four were lactation consultants. However, The National Association of Professional and Peer Lactation Supporters of Color (NAPPLSC) offers a provider directory.

Breastfeeding can reduce infant mortality by 20%, and is particularly needed in Newborn Intensive Care Units (NICU), according to Barber. Breastfeeding helps contract a mother’s uterus after birth, thus reducing bleeding, which is especially helpful in situations where a mother is not well cared for and in addition, breastfeeding reduces postpartum depression.

Reaching Our Sisters Everywhere (ROSE) is also helping to increase access to breastfeeding in the African American community. Their 6th annual Breastfeeding Summit, “Achieving Health Equity through Breastfeeding” will be held in New Orleans in August, 2017. In addition The Black Mothers Breastfeeding Association, Breastfeeding Mothers Unite, and Breastfeeding Nation: The History of my Chocolate Milk provide breastfeeding advocacy.

We need more black doctors. Fewer black males are applying to and attending medical school than in 1978. This is because of school segregation, lack of financial aid, the emphasis on standardized testing and the lack of black physicians in leadership positions: only 2% of the male full-time faculty at medical schools is African American. The result is that the overall number of minority physicians, including black female physicians, is not increasing as rapidly as it should to meet the needs of the black population. For those looking for a black physician, check out The Association of Black Women Physicians and BlackDoctor.org has a directory.

WHERE DO WE GO FROM HERE?

I love Ina May Gaskin; she’s an old friend of mine. Ina May is a self-taught midwife who has collaborated with many traditional midwives. She highlighted the crisis of maternal mortality in 2008 with her Safe Motherhood Quilt Project and her article in the Spring 2008 edition of The Journal of Perinatal Education, “Maternal Death in the US: A Problem Solved or a Problem Ignored?” I know that Ina May is not a racist, but nonetheless she has become the lightning rod for criticism of the social segregation inherent in the natural birth movement. It’s time we took at a look at this.

Let’s trust each other to come together openly—even if uncomfortably—to talk about how we in the white birth world can address racial disparities. We can do more to help save the lives of black mothers and children and we can co-create a birth movement that leaves no one out.

About Peggy O’Mara. I am an independent journalist who edits and publishes peggyomara.com. I was the editor and publisher of Mothering Magazine for over 30 years and founded Mothering.com in 1995. My books includeHaving a Baby Naturally, Natural Family Living, The Way Back Homeand A Quiet Place.Ihave conducted workshops at Omega Institute, Esalen, La Leche League, and Bioneers. I am the mother of four and grandmother of three. Please check out my email newsletter with free tips on parenting, activism, and healthy living.