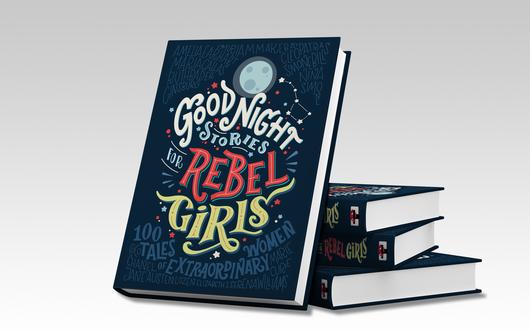 I can’t remember when I’ve been so excited about a book. Good Night Stories for Rebel Girls is everything you want to read to your child, especially your girl child. It’s full, I mean full, of the stories of everyday females who have done extraordinary things. Included are Aung San Suu Kyi, Coy Mathis, Jane Goodall, Harriet Tubman, The Mirabal Sisters, Seondeok of Sillia, Yoko Ono and 93 other women from all over the world and all of time. Plus it’s a beautiful book. I can’t wait to read it to my granddaughter. It’s for ages 5 to 8. Here’s an excerpt.
Peggy O’Mara

Once upon a time, in a bright blue house near Mexico City, lived a small girl called Frida. She would grow up to be one of the most famous painters of the twentieth century, but she almost didn’t grow up at all.

When she was six, she nearly died from polio. The disease left her with a permanent limp, but that didn’t stop her from playing, swimming, wrestling just like other kids.

Then, when she was eighteen, she was involved in a terrible bus accident. She almost died again—and again she spent months in bed. Her mother made her a special easel so that she could paint while lying down, for more than anything else, Frida loved to paint.

Diego and Frida got married. He was a big man in a large floppy hat. She looked tiny beside him. People called them “the elephant and the dove.”

Frida painted hundreds of beautiful self-portraits during her life, often surrounded with the animals and birds that she kept. The bright blue house where she lived has been kept just as she left it, full of color and joy and flowers. 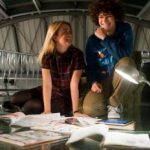 Elena Favilli and Francesca Cavallo, the authors of Goodnight Stories for Rebel Girls realized that 95% of the books and TV shows they grew up with, lacked girls in prominent positions. “Gender stereotypes permeate every aspect of our culture,” Favilli said. “We constantly urge ourselves to ‘lean in’ and books on female empowerment proliferate on our shelves…but they come far too late. Parents are offered little resources to counter this trend and we want to do something about it.” Favilli and Cavallo made crowdfunding history by attracting more dollars than any other children’s book—over $1 million from 20,000 backers through its Kickstarter campaign and Indiegogo InDemand book-ordering campaign.