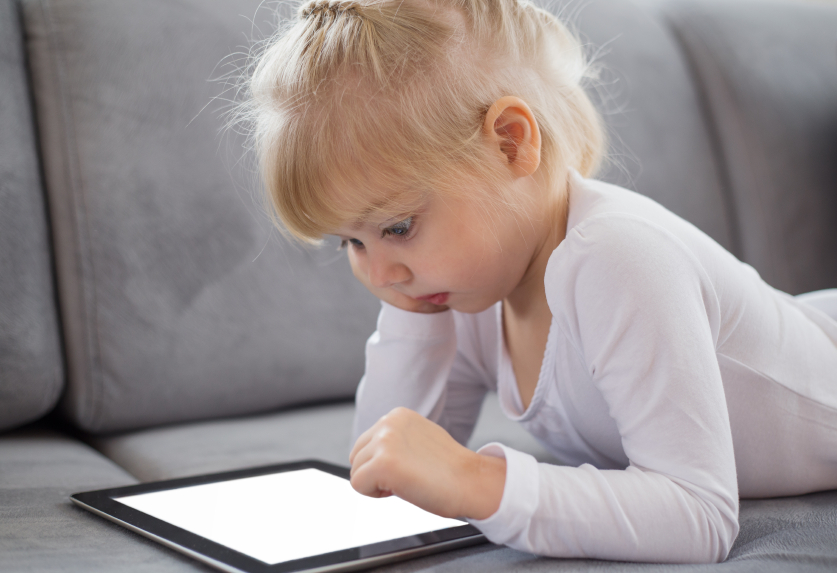 “Doctor, my ten-year-old son, Justin, is really struggling. He comes unglued over the littlest thing, and it’s driving his friends away. He used to love school, but now he hates it. Homework time is torture, but even when he gets his work done, he forgets to turn it in. His teacher thinks he has ADHD, but I think he might be depressed—he’s so irritable! His dad and I divorced two years ago, and his dad thinks all his problems are related to that. How do we know what’s really going on?”

As is my usual practice during an evaluation, I ask this mother about her son’s screen-time habits and the timeline of devices he’s acquired over the last several years. I explain to her how electronic screen-time, particularly the interactive kind, can overstimulate and stress the nervous system. I tell her that even though we can identify other circumstances that would stress any child, this just means his brain and body are even more vulnerable to electronic stress. She nods; this makes sense to her. Yet when we start discussing what to do about it, she becomes uncomfortable and starts shaking her head.

“I’m a single mom…I don’t think I can do that by myself,” she says. “Besides, how on earth do I get his dad to go along with it?”

This scenario is not unique. When I explain what parents have to do regarding restricting electronics to “reset” a child’s brain, nearly all of them balk: “That is impossible, Doctor. There is NO WAY. Isn’t there something else can we do?” Sure there is, but why not do what works best first? Since I know we’ll be wasting time if electronics are not addressed, I always try to unearth what’s behind the resistance.

Does the parent doubt that electronics are having an effect, or do they doubt the intervention I’m proposing will be worthwhile? If the conviction is there but they believe what I’m proposing is too daunting, what is it that they are envisioning or predicting that is so scary, so difficult, or so overwhelming? Is it the logistics? The fear of how a child will react? Guilt about taking something away that the child is attached to—that is in fact a huge part of kids’ culture? Worry about the child being “left behind” in the future? And so on.

In fact, there is no end to the reasons why strictly limiting electronics can seem unpleasant, unrealistic, or unorthodox.

THE EFFECTS OF TOO MUCH SCREEN-TIME

SCREEN-FREE IS EASIER THAN IT SOUNDS

Yet despite all these worries, once parents are on the other side, nearly all report that the intervention wasn’t anywhere near as difficult as they had imagined. In fact, they’re often shocked at the relief it’s given their child, themselves, and the entire family. They also typically report side benefits that they hadn’t anticipated: their child is sharing more, laughing more, exploring nature more, and helping more.

Not uncommonly, they express that they didn’t quite believe that a smartphone or iPad could have been causing so many symptoms and so much dysfunction—especially when there were other issues or preexisting conditions they could clearly point to. Some report feeling a little shaken about how close they were to medicating their child because they thought it was the only option left. They know they still have work to do, but feel they’re in a place where it’s now manageable.

As time goes on, many say that their child seems to be “maturing before [their] very eyes.” And I tell them that makes sense, because indeed being liberated from screens supports development of the frontal lobe, where everything from paying attention to emotional control to compassion occurs.

FROM RESISTANCE TO ACTION

Because addressing electronics use can be so powerful, I like to accomplish it as quickly as possible. As I share in Reset Your Child’s Brain, although every family and situation is unique, I’ve noticed certain steps or mindsets help many parents move out of resistance toward taking action. Here are three tips to help make that shift:

By resetting and resynchronizing a child’s brain through addressing screen-time, parents can begin to get their child back on track in school, at home, and with friends. Think of it as the perfect first step—one that’s so crazy, it just might work. 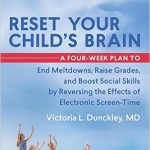 Based on the book Reset Your Child’s Brain: A Four-Week Plan to End Meltdowns, Raise Grades, and Boost Social Skills by Reversing the Effects of Electronic Screen-Time. © Copyright 2015 by Victoria L. Dunckley. Reprinted with permission from New World Library. 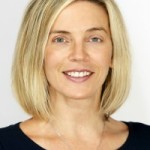 Victoria L. Dunckley, MD, one of the leading psychiatrists practicing integrative, holistic psychiatry with children, is a prominent and award-winning voice for greater understanding of the effects of electronic screens, the environment, diet, and medication on behavior. She lives in Los Angeles, CA and has been a featured expert on the Today show, NBC Nightly News, and the Discovery Channel. Find her at Dr.Dunckley and ResetYourChildsBrain.