In her 1951 poem, A Black Woman Speaks, Beah Richards asks white women why they did not stand up for their black sisters during the years of slavery. She asks why they turned their children against the women who had nursed them as infants. She asks of white women:

What will you do?

Will you fight with me?

White supremacy is your enemy and mine.

Here’s a reenactment of the poem sponsored by Breastfeeding Mothers Unite as part of their work on the film, The History of My Chocolate Milk.

This question, “What will you do?” is a relevant today as it was when Ms. Richards wrote her poem. Yesterday I started to make a list of the unarmed—mostly very young— black men who have been killed by the police, but the list was too long. Their deaths are not a problem for the black community. They are a problem for all of us. What kind of society do we want to be? It is time for white womanhood to stand in solidarity with our black brothers and sisters and demand that police violence stop. Here are some facts. 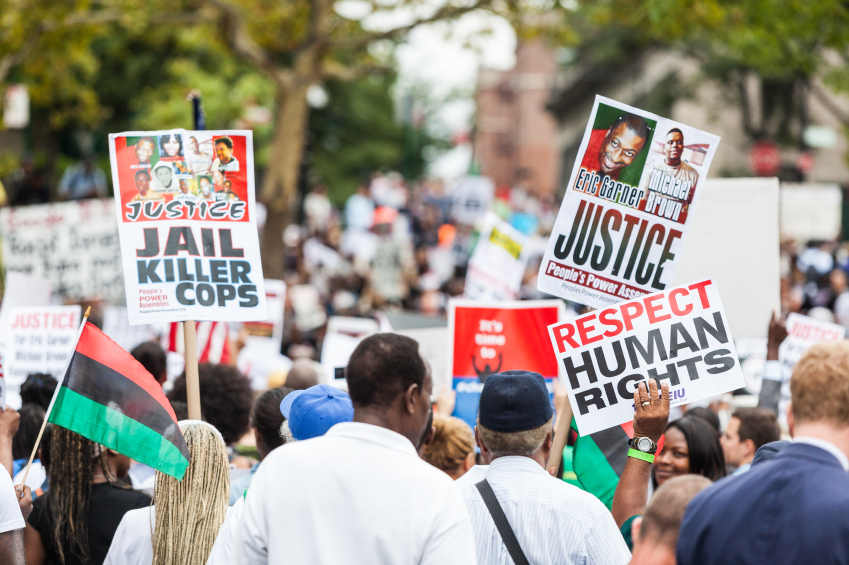 According to Mapping Police Violence, more than 100 unarmed black people were killed by police in 2014. So far in 2015, the number is 184. Here are some more statistics from the site:

Gawker has a long list with photos and biographies of unarmed people of color killed by police from 1999 to 2014. And, the New York Times published an article with several videos of some of the police violence that has been in the news recently. 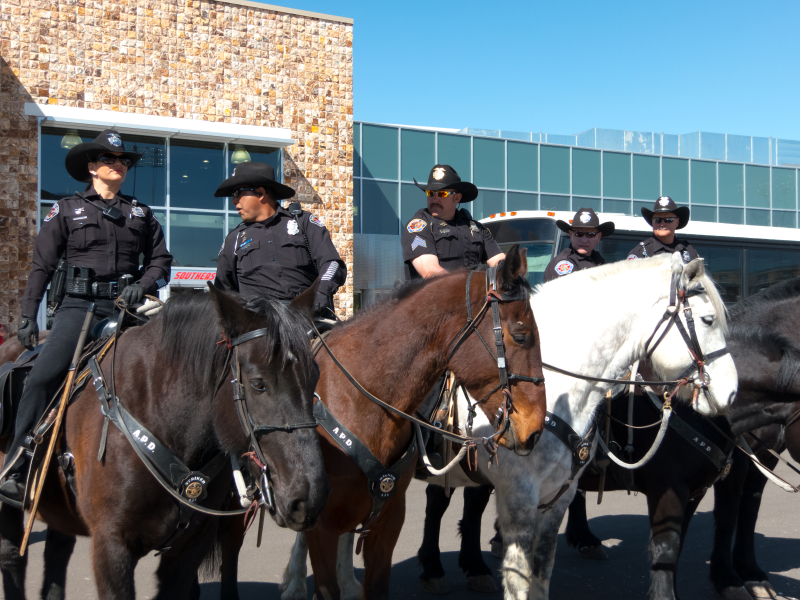 Albuquerque, USA – March 14, 2012: Five mounted police officers on large horses in front of “The Pit”, the University of New Mexico’s basketball arena. They were patrolling prior to the 2012 NCAA men’s basketball tournament.

WHERE ARE BLACK PEOPLE KILLED THE MOST?

In big cities, black people tend to be killed more by police; in smaller towns, it is the mentally ill who are killed targeted. In 17 of the largest US cities, listed below, police killings of black people exceed the US murder rates. The top cities for police violence are:

In Oklahoma, a black person has a nearly 50% chance of being killed by the police. In New Mexico, the chances are 30% and more than 25% in Missouri and Alaska. The top states for police killings of black people are:

In some states there is a 0% chance of black people being killed by the police. These non-lethal states are::

HOW DO US POLICE KILLINGS COMPARE?

Local police kill at least about 1,000 people a year, mostly minorities. A white police officer in the United States killed a black person on average of twice per week from 2005 to 2012, according to homicide reports offered to the FBI. Killed by Police has been tracking this since 2013. They report 678 people killed by police between January 1st and July 31st, 2015. As a comparison, in 2014 58 US troops were killed in Afghanistan and Iraq and 51 US police officers were killed in the line of duty. According to the Federal Bureau of Investigation (FBI):

How do the 1,000 US police killings a year compare to other countries?

On average, US police kill people at a rate 70 times higher than any of the other first world countries. Here’s television coverage of a report from ThinkProgress.

WHAT TO DO ABOUT POLICE VIOLENCE?

I don’t have the solutions to police violence. In Albuquerque, investigations have found that the police are trained to react with violence and have little if any training in de-escalating a situation with a mentally vulnerable person. So, obviously more and better training is required.

Only about 1 in 60 officers who kill unarmed citizens are charged with a crime, and fewer still are convicted. This erodes the public trust and gives the impression that police are above the law.

Police brutality illustrates, of course, institutional and societal racism, but this racism is heightened by our culture of coercion. Some police officers find those they consider marginal citizens to be easy targets for bullying. And, these police officers model the intimidation, domination, and abuse of our national leaders who bully other countries and bully each other in Congress.

Until we decrease the mean-spirited, retributive, combative nature of our national dialogue and our political process, we will continue to see violence played out in the streets. We need more leaders who embody compassion, equanimity and non-violence to counter the winner take all ethos that entitles many in power to be excessive.

Let us stand together as we long for and strive for a more peaceful society for all people. From Ms. Richards poem:

“I would that I could

as it will and should be,

when it stands tall