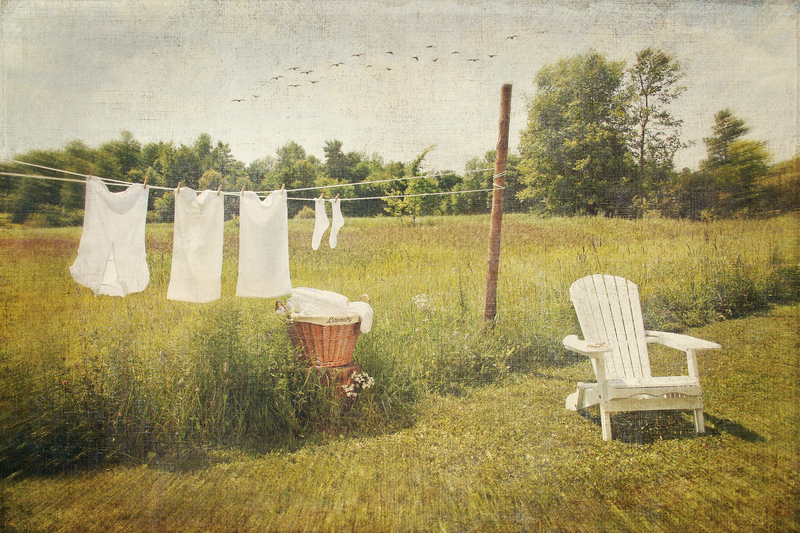 What began as a morning of creative inspiration ended up being a turning point in my life. With a stuffed animal pattern in hand, I headed out to my local fabric shop for material. While reaching for a bolt of children’s fabric that was so darn cute, my arm brushed up against this posted warning sign: 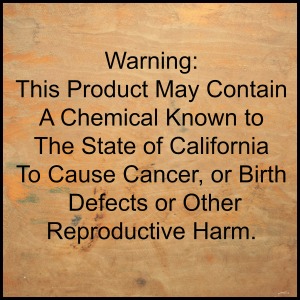 Chemicals!? I pushed that fabric bolt right back into place as if it had stung me. I didn’t quite remove my hand, however, because the particular earthy-looking print was so sweet. This tug of war played out as I paced the aisles, for the first time noticing the prevalence of this posting warning around the store. I left the store empty-handed and frustrated.

Nothing like having a baby to turn your mind to the issue of chemicals. It’s easier to pretend they’re not there. We can’t see them, after all, but we can smell and ingest them. Infants are much more vulnerable to toxicity that comes into contact with their skin and respiratory systems because they learn about the world by putting everything in their mouths. I was initially concerned about my toddler absorbing chemicals through fabric. After a little more research, I realized that there is a lot more to be concerned about on a global scale.

While practices continue to change, generally speaking, below are the differences between conventional and organic cotton.

Various certifications, such as Global Organic Textile Standard (GOTS), were created to encompass all aspects of textile manufacturing—from planting to harvesting—including social and ethical issues such as fair labor and trade.

Fortunately, over the past few years, I have been noticing more organic options in mainstream childrenswear shops also. It’s not uncommon, for example, to find onesies at American Apparel costing only one dollar more than their conventional counterparts.

In the meantime, for your own fabric needs, after exhausting online research for accessible, affordable fabric, I have found US sites like Fabricworm and OrganicCottonPlus to be the most transparent and reasonably-priced.

In an ideal world, we would dress our children in organic fibers from head to toe.  As a compromise, many families are simply choosing organic for garments worn close to baby’s skin on a daily basis: underwear, undershirts, socks and hats. Organic just feels good! 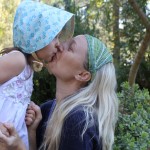 Leanne Southall is a social service worker and founder of www.bonnetfriend.com. She is co-founder of a parenting group dedicated to supporting families on their way to greener living. Leanne lives in a tucked-away cottage in Los Angeles with her partner, daughter and gentle dog.  When she isn’t sewing, she can be found barefoot and playing in the dirt. Follow Leanne on Facebook at Bonnetfriend and on Twitter @Leanne Southall