Here is a talk I was to give at the Attachment Parenting, International’s recent conference at Notre Dame. The shutdown of flights out of Chicago that weekend made it impossible for me to attend so I filmed my talk and sent that instead. Here below are the text of the talk and the video.

It’s profound to think of the significant contribution that Attachment Parenting, International has made to our culture during the last 20 years. Before API, we had no name or no vocabulary for a kind of parenting that helps children to flourish, and nurtures families at the same time.

My first babies were born in the 1970s. At that time, there was a burgeoning natural-living movement that had been catalyzed by young people who had gone “back to the land” during the Vietnam War and rediscovered sustainable ways of living.

In the 1970s, for example, many of us grew our own organic food, made our own herbal remedies, and searched in second-hand stores for cotton clothing for our children. These things were not popular enough yet to be widely available.

When I became pregnant with my first child, I read all the books I could get my hands on. I was a vegetarian who didn’t take over-the-counter drugs, and I wanted to continue living with these values as I raised my babies. I needed concrete examples that would give me confidence in the natural way.

I read the anthropological writings of Margaret Mead in which she talked about common characteristics shared by tribal people. Babies in tribes are integrated easily into their societies. They are born at home, breastfed without restrictions, and held in arms. Children are not routinely separated from adults, and adults work with children in their arms or at their side.

I was inspired by tribal societies and by the idea of a life that would integrate my experiences as a woman with my experiences as a mother. Of course, at that time, there was no name for attachment parenting. Many of us were just trying to figure out what it meant to do things in as natural a way as possible.

My new knowledge of the natural world ran parallel with what I was learning about attachment parenting from my baby and from the La Leche League meetings I attended every month. Attachment parenting appreciates that the first three to five years of life are a critical period for developing trust, empathy, dependency, and optimism.

Attachment parenting also views pregnancy and birth as normal bodily processes, not disease states. Birth is seen as a normal event that does not require drugs or intervention, but relies on human interaction instead.

Birth is not perceived this way because women who embrace the natural way are more heroic or tolerant of pain. It is perceived this way simply because a drug-free mother and baby have distinct advantages. A mother avails herself of an ecstatic birth chemistry that unlocks in her a dormant, instinctual maternal intelligence; a baby begins life without having imprinted on drugs and awake enough to successfully breastfeed.

The ideas of attachment parenting meet at the intersection of instinct and science. Personal intuition is often supported by scientific evidence. Homebirth is a good example of this. Homebirth fosters the intimacy and privacy necessary for an optimal birth. Its safety is also supported by scientific evidence, evidence that consistently demonstrates that birth is safe in any setting.

Breastfeeding is an obvious expression of attachment parenting. One can trust that the milk of our species is the best food for our babies. One can trust, too, that a baby will wean in his or her own time. And again—like birth, attachment parenting is not about rules but about a way to see the world. It is about learning to trust in our own inherent wisdom and the wisdom of our babies.

This new —and at the same time old—way of looking at the world is very much a process. As a new mom, I knew intellectually that touching my babies, for example, was a good thing, but I had to get used to it, and my babies taught me well. It helped to believe that what they wanted was what they needed.

In this regard, one basic and important idea of attachment parenting is that of simply holding our babies. For humans, touch is a nutrient that is necessary for full human development. Babies’ brains are stimulated by the kind of rhythmic movement and physical stimulation they were accustomed to in the womb. Some call this in-arms parenting; it’s the way of the tribes that Margaret Mead and others have studied. It’s important to hold and carry our babies in arms, or in a sling, carrier, or backpack. We can trust in and respond to a baby’s need to be held.

The values of attachment parenting are the values that have sustained the human species for millennia. They are inspired by evidence of the historically successful practices of our species.

Our ancestors, for example, lived in community; birth was a ritualized cultural act with customs that ensured safe outcomes. Women attended other women during birth. Today, science has confirmed that a woman is much less likely to have birth interventions if she births in the company of another woman. Traditionally, women have also cared for one another after birth.

In the Ayurvedic tradition of India, for example, mothers have a seclusion period of 6 weeks after birth. Newborns are protected so they can get started breastfeeding and mothers are allowed complete rest and recuperation. In India, mothers are encouraged to abstain from chores, food preparation, cleaning or even hosting guests during the first six weeks after birth. They are fed simple, digestible foods and given hot oil massages daily. In addition, mothers are fed special foods and herbal drinks to promote healing and recovery, boost their immunity and improve milk supply.

In modern US culture, the postpartum period—the fourth trimester—is often ignored. When one is having a first baby, there is so much excitement, so many things to buy. It feels like a big party. In much the same way that the a big, fancy wedding doesn’t prepare one for the down and dirty of a real relationship, the hyper-excitement over the pregnancy doesn’t prepare one at all for the reality of a new baby. In fact, the lack of attention during our pregnancy to what happens after the baby comes may make one mistakenly think that it’s all about the pregnancy when really it’s all about the new baby.

The combination of the hyper-individualism valued by our society and the cultural fantasy of what a newborn is really like can lead one to believe that one can control things more than one really can when a new baby is born and this denial can put an unnecessary strain on the new family at a vulnerable time. It’s important for new families not to make the mistake of believing that they won’t need help.

Not shoring up the postpartum period also fails to acknowledge that one’s family and friends not only want to, but also need to, help us. We tend to think of happiness as something that comes from money, prestige and image, but really it comes from:

By asking friends and family to help us, we do not impose on them. We actually make them happy.

In addition to making others happy when we ask for their help, asking for help also helps us to become more authentic. Often when we realize we need help, we feel weak and vulnerable and judge ourselves because of this.

According to Brown, those who actually feel a sense of worthiness have the courage to be imperfect, to be vulnerable. They have the compassion to be kind to themselves and those they are connected to, and they are willing to let go of who they thought they were to become who they are.

I always thought that my job as a parent, as a woman, was to be perfect. I now know, as I didn’t know when I was a young parent, that we are imperfect and that our job is not to be perfect, but to be authentic—something much more difficult. While having a baby is challenging, we are wired for this struggle so we can handle it. And, we are all inherently worthy of love and belonging.

Attachment parenting is about optimal survival, but it is not about making rules for proper behavior. That is the last thing we need. Parents don’t need any more guilt or more inflated standards of perfection. This is the beauty of attachment parenting. It is about falling back into ourselves and trusting our own natures again. It is not about conforming to anything other than the needs of our babies. Attachment parenting is about trust in the natural order of things, trust in the innate goodness and perfectibility of people, and trust that each child and each parent is unfolding his or her own biological imperative. 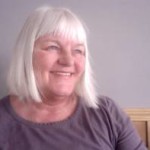