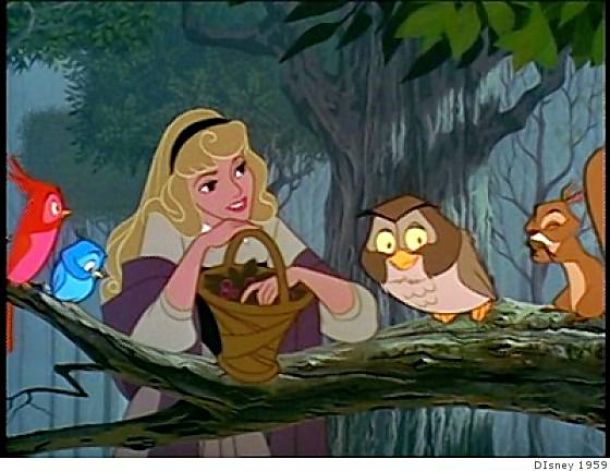 When I was a little girl living in an often confusing and painful world, I took refuge in Disney. For the 30 or so minutes that I was watching Cinderella loving life, loving the birds and the little mice—even amidst the cruelty she endured—I found a way to love the insects that graced my lemon tree and the rivers made by rain moving through gutters. Disney’s land of enchantment introduced me to the magic of imagination. As Cinderella sings, “No matter how you may be grieving, if you keep on believing, the dreams that you wish will come true.” And, I believed

My most favorite story of all was Disney’s Sleeping Beauty. The graceful Aurora, beautiful both inside and out, accepted and found joy in her fate. Growing up in the woods with three silly fairies, she was the daughter of an undefined king and queen. Everything would have been glorious in the kingdom, and for its golden princess, if it weren’t for Maleficent’s curse. Maleficent was black and green, thorny and steely. She was pure evil. Sitting on her mountaintop throne with a pet raven on her shoulder, her only wish was Aurora’s demise.

This story helped shape my life view. It taught me that there was good and there was bad—and I had to choose which camp I belonged in. Being good meant accepting everything with kindness; being bad meant feeling anger or envy or jealousy or any other strong emotions. Aurora had no strong views or convictions. She was the protected, not the protector. Her only responsibility was to be beautiful, inside and out. I tried to be the good protagonist, but often felt like the evil Maleficent. 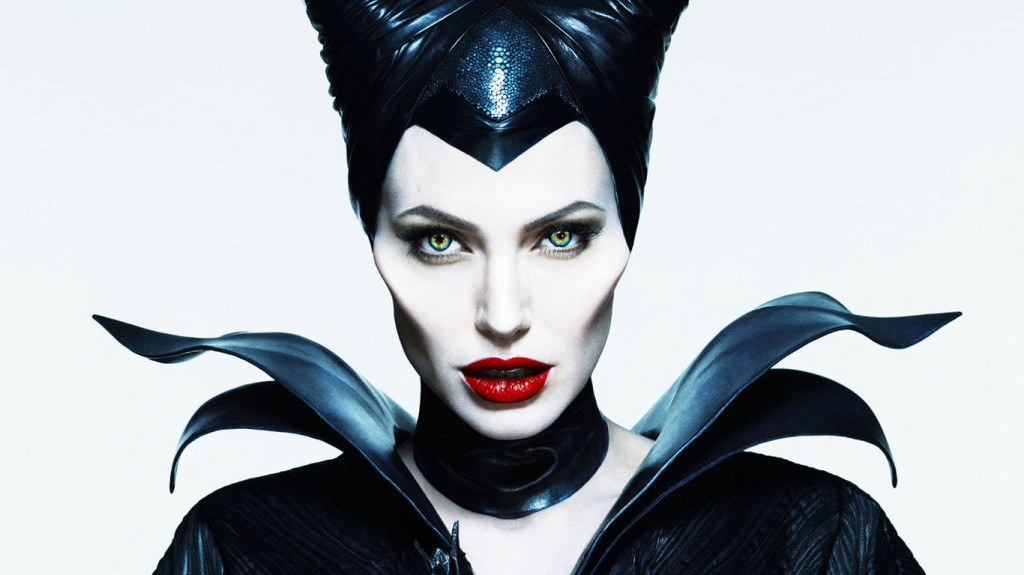 Enter, 55 years later, the movie Maleficent. Here the Sleeping Beauty story is told with an entirely different kind of goodness in mind. Different as Eve was to Adam’s first wife, the independent Lilith, Maleficent Is a powerful, beautiful winged protector of the wild moor lands and the fairies and creatures who live there. Her parents died protecting the land from the humans who coveted the riches the land held. She grew up happily amidst the fairies and woodland creatures until, one day, she met a human boy and fell in love.

All the trust and innocence of first love washed over her. One day the boy left to find his fortune and did not return for some time. When he returned he used her innocent trust in him to trick her, stripping her of her wings while she was asleep in his arms. When the boy handed Maleficent’s wings to the king—who was rabidly intent upon Maleficent’s demise so that he could mine the riches of her land—he was awarded the hand of the princess in marriage. Soon the boy would become the new king.

The new king and queen had a baby girl, who they named Aurora. Like in the original sleeping beauty, Maleficent came to the christening and cursed the child saying that on her 16th birthday she would prick her finger on a spinning wheel and fall into a deep sleep. Only true love’s kiss could wake her from this sleep. The twist here is that, in this telling, true love—forever love between a man and a woman that is felt in an instant—is a myth. “True love” Is not something that could actually save a girl. 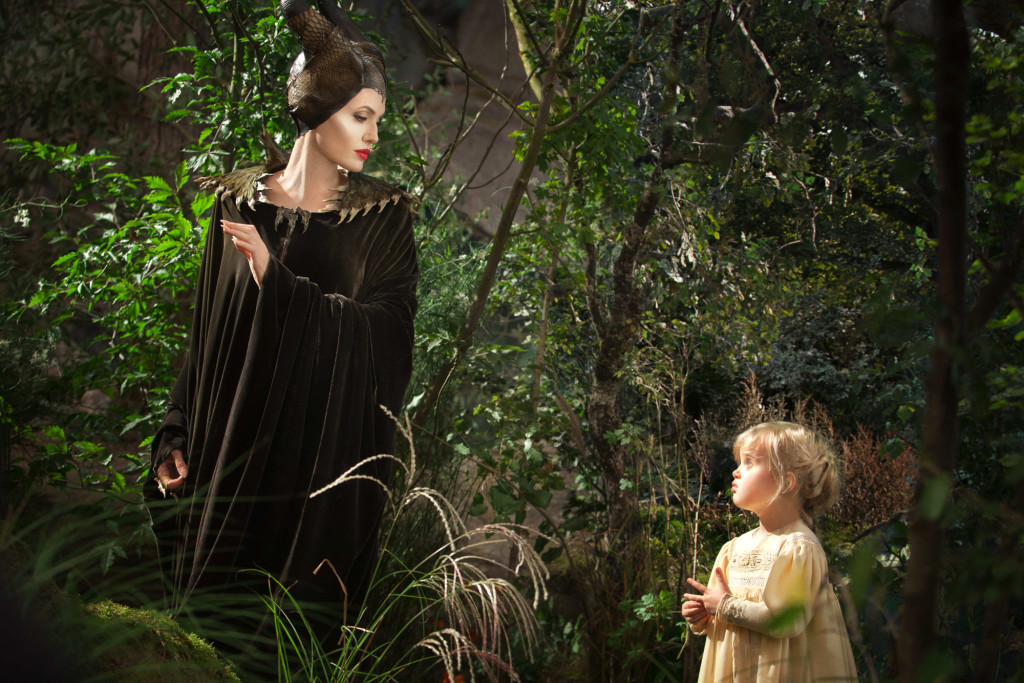 Maleficent looked on as Aurora grew up to become a beautiful, kind young woman. Aurora had none of the rancor of her grandfather and none of her father’s greed and cunning. Seeing Aurora’s sincere kindness Maleficent warmed to the girl. She tried to take the curse back, but was unable to undo the powerful magic. On Aurora’s 16th birthday Maleficent came to the castle to try and save Aurora from her fate.

A fight ensued between the King, now exposed as a dark, greedy, possessed man, and Maleficent, no longer consumed with anger and willing to give her own life to save Aurora. Aurora climbs the stairs into her father’s chamber, breaks open the case holding the wings her father had torn off Maleficent years ago, and returns Malificent’s wings to her. With her power regained, Maleficent won the fight. The kingdom and the moor lands are reunited by Aurora’s good heart and bravery and by Maleficent’s love and courage. 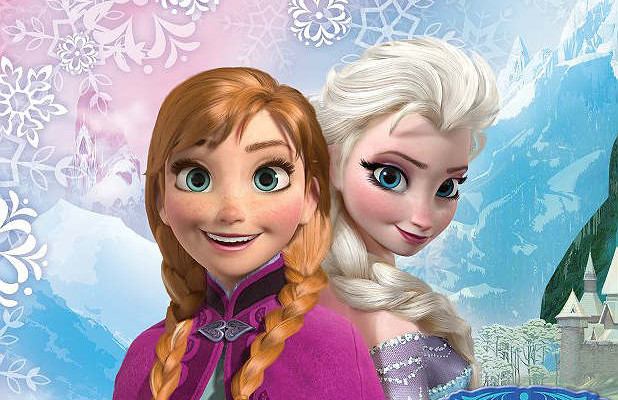 A DIFFERENT KIND OF LOVE

Like Frozen, this new sleeping beauty tale is about a kind of love that is different than the traditional fairy tale, romantic love at first sight between a man and woman. In Maleficent, Angelina Jolie portrays the formerly evil character as a powerful, protective spirit who let her anger get the better of her. She expressed her anger and, in time, regretted her actions.

Like Maleficent, Lilith was a dark winged creature. When she was Adam’s first wife, the first woman, she was cast out of the garden for insisting on equality with Adam. The more conciliatory Eve was then fashioned out of Adams ribs, forever making her Adam’s inferior. But even Eve was a troublemaker by suggesting that Adam take a bite of the apple. This story created the illusion that women could not be trusted. These are the stories that shape our girls images of themselves and set up expectations for their future lives.

The Hebrews swept into goddess cultures, conquering them with physical strength and changing the stories to fit their desire for power over women, land and resources. In earlier cultures, gods and goddesses were much more nuanced than the good and evil ones we’ve come to know. They made mistakes and payed for their mistakes, just as Maleficent pays for hers, just as we pay for ours. These are deities we can live up to. The stories created by the conquerors leave many girls and women holding on to feelings of shame and self-hatred.

When a human girl looks at Lilith, banished for being a strong woman who demands equality with Adam, or when she looks at the always sweet kindness of the 1950’s Aurora, she feels true goodness is not within her grasp.

She does not realize that this sort of “true goodness” is not possible for anyone, that all human’s are subject to greed, anger and delusion, and she feels alone with her shame.

It gives me joy to see Maleficent, a strong, fallible woman, entering into the world of our girl’s imagination. She sets a much more nuanced template for a way of being in the world. This sort of strong, fallible, passionate psyche will be needed in centuries to come. She is a heroine we can live up to. 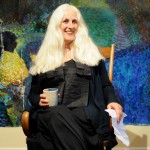 Jacqueline Kramer, author of Buddha Mom-the Path of Mindful Mothering and 10 Spiritual Practices for Busy Parents, has been studying and practicing Buddhism for over 30 years. She is the director of the Hearth Foundation, which offers online lay Buddhist practice classes designed for families, a monthly newsletter and other resources for today’s families seeking spiritual support and inspiration. Jacqueline lives in Sonoma County, California near her daughter and granddaughter.