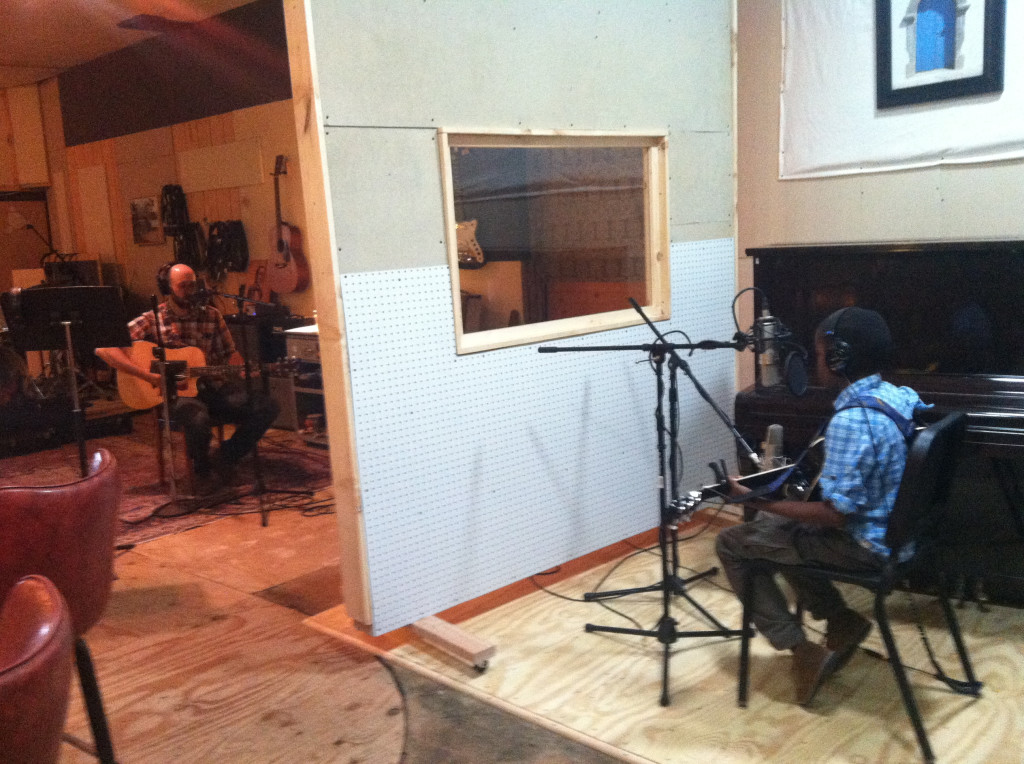 Nick Bayard met his fiancee, Sedia Dennis, while they were both finishing Master’s Degrees at Harvard University. Nick had played music in acoustic bands for over ten years prior, but had never performed with a youngster until he met Sedia’s then 10-year-old son, Ukweli.

Ukweli had five years of piano training under his belt when they met and he was able to pick up rhythm guitar over just a few weeks of practicing with Nick. After they all moved to Washington, DC, Nick and Ukweli spent their Sunday mornings performing folk songs together in Dupont Circle for fun. Children were so drawn to their music that one day Sedia asked Nick, “Why don’t you write children’s music?”

Nick loved the idea and drew inspiration from Ukweli’s interests, passions, and sense of humor in his songwriting. He eventually wrote 12 songs that Nick and Ukweli recorded together in a professional studio to create the album, Wishing Well. They also included in the album one traditional song, “Nine Pound Hammer,” that was a fan favorite in Dupont Circle. Sedia also contributed her beautiful singing voice to a few of the songs.

One of the more interesting “song interviews” Nick conducted with Ukweli centered around the question, “What would you do if all the adults in the world disappeared for a day?” Ukweli’s day-long adventure is described in the album’s third track, “A Day to Myself.” Ukweli’s favorite food is featured in “Pancakes,” and his funniest memories are featured in “Keep It to Myself.”

Ukweli drew a pencil portrait of Nick that ended up being the perfect album cover. Nick and Ukweli have performed songs from Wishing Well to hundreds of children in the DC area at schools and markets. 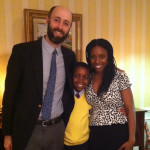 Nick Bayard is a musician, writer, and expert in the fields of governance and international development. He is an Eagle Scout, the Board Chair of Friends of Paraguay, and a former Peace Corps Volunteer. Bayard has released five studio albums and lives in Washington, DC with his fiancée, Sedia Dennis, and her son, Ukweli. You can get a physical copy of Nick and Ukweli’s album, Wishing Well, which includes a booklet of song lyrics, or download it at cdbaby.com. Wishing Well is also available for download on iTunes and Amazon. For more information or to join Nick’s mailing list, please visit nickbayard.com.