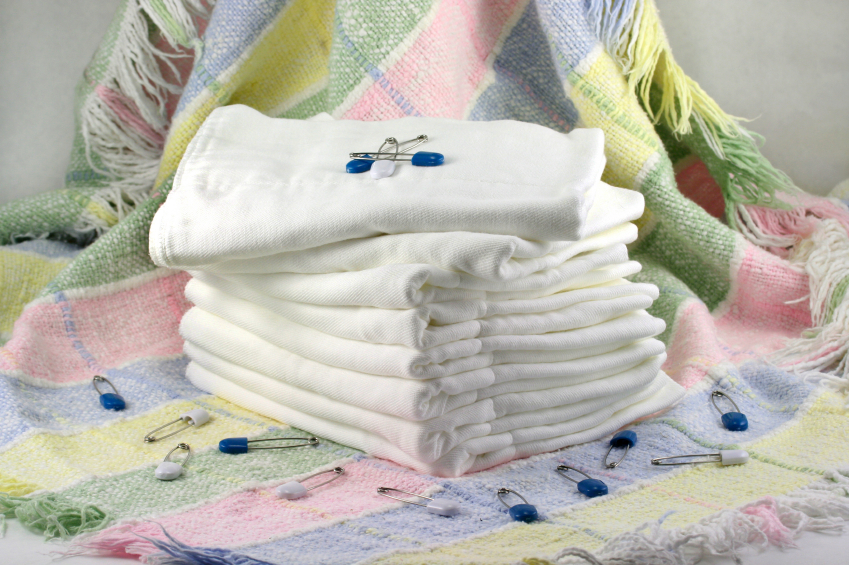 The Sierra Club has said that the loss of cloth diapers is one of the greatest environmental tragedies of the 20th century. And today, we use roughly twice as many disposable diapers as we did in the 1990s when this statement was made. Throwaway diapers require billions of gallons of oil each year to produce and are the third top contributor to our already crowded landfills.

In addition to disposable diapers themselves, disposable inserts are now sold by some cloth diaper brands for use with their diaper wraps. These throwaway inserts are marketed to be flushed or put in the compost, but neither is really practical or even possible.

According to The Biodegradable Products Institute (BPI), “…home composters…do not generate the temperatures needed to assure rapid biodegradation…,” and, industrial composting facilities are still rare. Claims that these inserts are flushable has been refuted by the city of Vancouver, Washington, which recommends that they be treated as solid waste and not flushed down the toilet. The Super Absorbent Polymer (SAP) in the inserts causes them to absorb water and expand in the pipes causing possible plumbing blockages.

Regardless, if they’re disposable they create more waste. The idea of the Three Rs is to create less waste through reducing, reusing and recycling. This means not routinely throwing away products that could more economically be reused.

On this Earth Day, it’s poignant to remember how complacent we’ve become since Earth Day 1990, nearly 25 years ago. That year, legislation was introduced in 24 states and dozens of smaller jurisdictions to reduce the use of disposable diapers.

In July 1989, Connecticut began to phase out the use of disposable products, including those in patient care. Oregon created a 50% recycling credit for diaper services. New Jersey legislated a tax on the manufacture of “disposable, one-way,’ non-reusable or non-returnable products.” Connecticut and New York considered requiring labels on all diaper products stating the environmental hazards associated with their disposal. Nebraska banned the sale of all non-biodegradable diapers effective 1993.

The Women’s Environmental Network joined with other groups in 1994 to demand a Federal Trade Commission (FTC) investigation of the single-use diaper industry, charging the industry with deceptive advertising of environmental and health outcomes. P&G paid out of court settlements to the New York City Consumer Protection Board and to the Attorneys General of at least ten states for misleading advertising claims related to the recycling and composting of Pampers and Luvs.

In 2011, Judy Aagard of Tiny Tots Diaper Service in Campbell, California wanted to have a family event for Earth Day and she thought to get people together to change cloth diapers simultaneously and set a Guinness World Record.The Great Cloth Diaper Change (GCDC) was born and participants have set the record three years in a row. Here’s how it has grown since 2011:

The 2014 Great Cloth Diaper Change will take place this Saturday, April 26th at 11AM local time.  Currently there are 324 GCDC hosts from 23 different countries. Join one of these locations

If you’d like to know more about cloth diapers, the Real Diaper Association has a Cloth Diaper Users’ Guide.