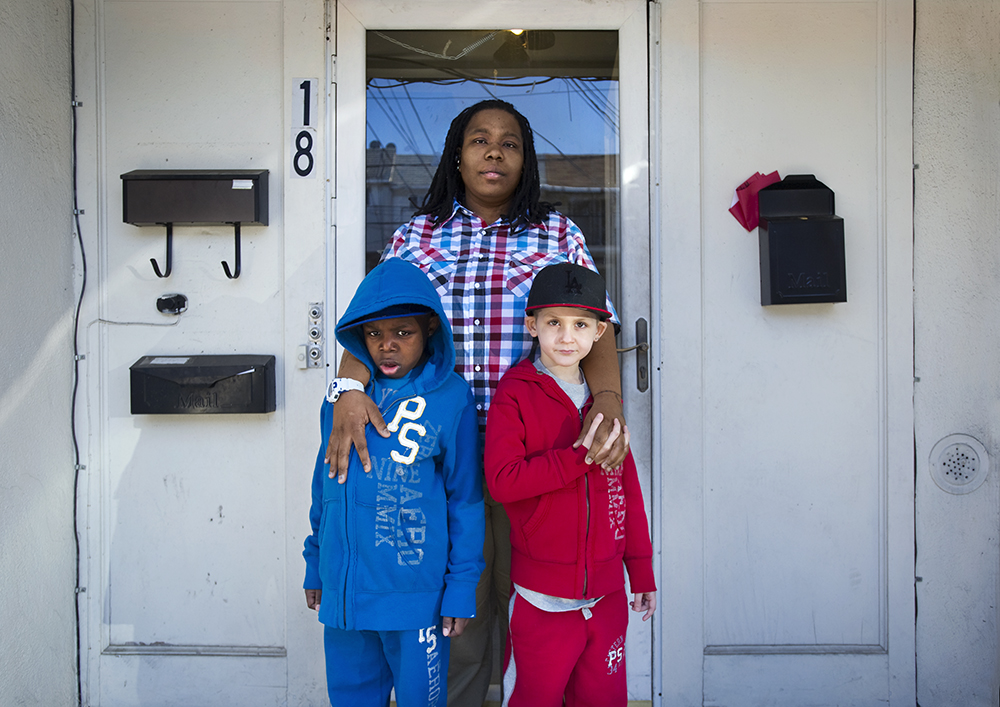 I am the African-American adoptive mom of two sons—one Caucasian and the other African American. I am trying to raise them equally in a world full of inequality.

As a foster mother for years, I’ve watched many children come and go from my home.

Nathaniel, who is white, came to me when he was a little over a year old. I was living in Maine and it was assumed that he was going to return home to his mom, until, out of the blue, she asked me to adopt him. It was never in the plan, and at first I declined because I didn’t think she’d given it enough thought. But after speaking with her numerous times, I believed her when she said that she’d rather be a teenager and know that he was okay rather than have to struggle to take care of a baby. He has no recollection of her, so there is no suffering from rejection yet, though I’m sure that will happen eventually.

Shockingly, a caseworker from the foster-care placement agency at the time said to me, “How dare you come here and think you are going to adopt a healthy white child. We have couples that have been waiting for years for a child to adopt. It won’t happen.“ She immediately launched a bogus investigation against me in which she accused me of beating my kids, confining them to their highchairs for hours at a time, and sending them to school dirty. She accused me of a ton of stuff that I’d rather forget now. Of course the state is mandated to investigate, and they tore my life apart for half a year. In the end it became clear that all her accusations were unfounded.

Nathaniel is five now and we have a great relationship. He has yet to recognize the color difference between us, though we get lots of stares and questions from other people and I often get treated like the babysitter rather than his mother. Once, I was told by the school system that I’d have to come back another time because “only his mother can register him for school.” I’ve often had people in authority check “guardian” instead of “mother” on legal forms on my behalf. Things like that are always happening.

Even my family has a hard time calling him “white.” They say they don’t want him to feel different. I say he is different—call it what it is. Don’t hide the differences. Celebrate them.

I love the age that he is because no child questions that he’s my son. Sometimes I wish the adults had the brilliance of children.

Benjamin is seven. He is the fifth child of my first cousin. I remember when my cousin was pregnant with him, she told me flat out that she didn’t want him and she did everything in her power to make sure that he wouldn’t survive. She did all sorts of drugs, drank alcohol daily, had no prenatal care. But he’s here and he’s very bright. He’s had some struggles but as he gets older, it’s like the lights are coming on.

I was supposed to bring him home when he was born but he had some issues after birth, so he was placed in foster care with a woman who had been specially trained to take care of his health issues. It took three years of fighting against some of my family members to have him placed with me. They thought that placing the baby with another family would be better. I disagreed.

As a single working mom, I’m blessed with great employers and an awesome support system. When I work, my children are in school. If I need a babysitter, I have my grandmother, my sister, and a great system of friends. Still, I know where we live is rough. I’ve recently taken in thirteen-year-old twin boys as well. Their mother has been struggling with addiction for years and it looks like I will soon be legally adopting them, too. They’re just at that age where either I’m going to get them or the streets will. I know that same challenge is going to come up for my two younger boys too, so we’re going to move to a less urban area—somewhere near family but away from the pressures of the street. We’ll start over and hopefully things will be calmer for them.

I often think about the fact that I’m raising one child who was born with something called “white privilege” (which some people choose to think doesn’t exist, but it does) and one who wasn’t. I have one child who may be stopped sometime in his life due to racial profiling and one who will not; one child who may be offered a higher salary for a position than his brother will. I am not looking forward to the day that my son Nathaniel discovers the meaning of the word nigger and uses it against his brother (even jokingly). I am working hard to raise my sons within diverse surroundings, but I am not blind to the fact that one day Nathaniel will realize that we are very different. I am hoping that I am raising a child that will not care.

I know that there are children out there who yearn for someone to love them. If I can help provide love and security for a child who has no one, then my living is not in vain.

“Mom of Courage” (“Patrina Felts”) excerpted from Momma Love; How the Mother Half Lives. Photo at top of Patrina Felts and sons, Benjamin and Nathaniel. All photos ©Ali Smith from the book Momma Love.

The Award-Winning book Momma Love; How the Mother Half Lives provides a riveting and poignant look at modern motherhood through 40 women’s portraits and extremely personal stories. The New York Times’ Motherlode blog named its #1 Mother’s Day Gift for 2013, and Gloria Steinem called it a gift to moms.

ENTER TO WIN your free, signed copy of this Award-Winning Book!

1. Post a photo that you think shows “Momma Love” (it can be anything at all) to the Momma Love Facebook page and “Like” the page. Remember you have to “Like” the page in order to be entered in the contest.

It’s really easy and you have the opportunity to show us your Momma Love! Contest entries are accepted until January 20th and the winner will be announced soon after. 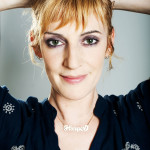