Here is the trailer for Allison Kuznia’s documentary, Midwife, which follows Minnesota homebirth midwife, Sarah Biermeier during her first year as a Certified Professional Midwife (CPM).

The documentary quietly shows the life of a homebirth midwife, from prenatals, to births, to postpartums, while also examining what the birth environment is like in states where homebirth midwifery is not legal, and where families are faced with fewer birth options.

If you’re interested in sharing this film about homebirth and midwifery with your community, please consider hosting a screening of Midwife in your area.  If you’d like more information about hosting a screening, please email me at allisonkuznia@gmail.com or fill out the form online.

WHY I MADE MIDWIFE

I wanted to show the world what homebirth midwifery looked like—the simplicity of it—the beauty of it—the intelligence behind it. All of that is important to me.

During filming, as I started conducting interviews with midwives and families from other states where homebirth midwifery was illegal, the film started to evolve to also address the issue of birth rights. The end result is a nice combination of those two elements.

WHAT I WANT PEOPLE TO KNOW ABOUT PLANNED HOMEBIRTHS

Homebirth is an interesting and fascinating subject for me. It’s something that many birthing families don’t even realize is an option, much less know what it really looks and feels like.

MY OWN PERSONAL EXPERIENCE

All three of my children were born at home. The first two were planned homebirths with midwives, and the last one was a planned unassisted birth. My own experience highlights a point that is made in the film: women and families have the right to have who they want at their birth.

I’ve also had experience with midwives in attending homebirths as a birth photographer. It was from this standpoint, as I was able to watch births unfold from an outside perspective, that I came to truly admire the work of a homebirth midwife.

PERSONAL AND POLITICAL ACTION OR NOT

You know, when I made this film, my intention was simply to make a good film. I wanted to make a movie that people would be interested in and would enjoy watching. Something that someone who knows nothing about midwives or the birth world could watch and enjoy. I was very much making it as a filmmaker, and not as someone with a political agenda.

But as it came together, a political message did start to emerge. And I think that’s great! And I think that people who see the film can do with that message what they wish. They can let it inspire them to action. They can let it inspire them on a personal level. Or they can just enjoy it for what it is and say, “I liked it. That was a good movie.” 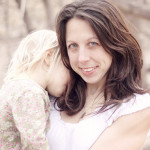 Allison Kuznia is a birth photographer turned filmmaker. She lives in Minnesota with her husband and three children.