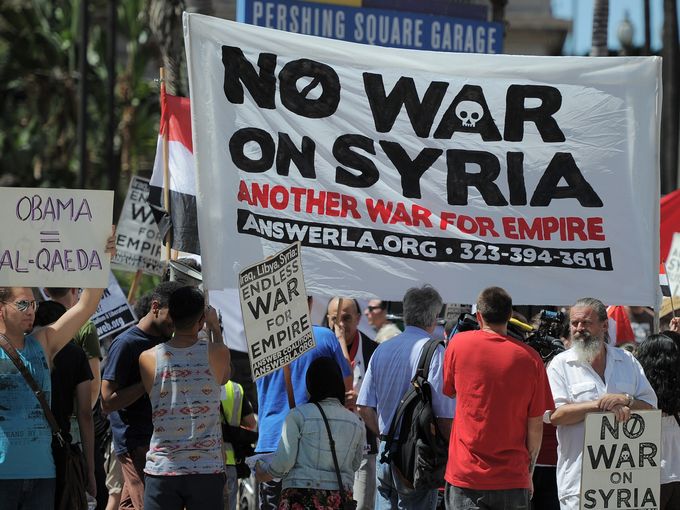 Syria, current home to 23 million people, has been a cradle of civilization for 10,000 years. Located in the ancient region known as Mesopotamia, Syria has been part of various major empires: Egyptian, Assyrian, Chaldean, Persian, Macedonian and Roman.

The city of Damascus was first mentioned in an Egyptian document dating to 1500 BC and archeological evidence suggests that it has been inhabited since 6300 BC.

The suburb of Damascus, Ghouta, was the site of an alleged chemical weapons attack on August 21, 2013. UN chemical weapons inspectors visited the region to collect evidence on which to evaluate the claims of chemical weapons use and expect to have their results within two weeks.

THE UNITED NATIONS AND OXFAM

UN Secretary General, Ban Ki Moon, warned the US yesterday that military strikes will further de-stabilize the region and that such strikes are illegal unless done in self defense or with the approval of the UN Security Council.

The UN has called the exodus of Syrian refugees the worst humanitarian disaster since the end of the Cold War. Two million refugees, including one million children are registered as refugees in neighboring countries. Seven million are in need of humanitarian aid inside Syria and 100,000 lives have been lost in the conflict.

According to Oxfam America president Raymond C. Offenheiser, “Ultimately, there must be a political solution to the crisis. Military intervention should be an option of last resort. In such a complex conflict, it carries high risks for civilians, unclear benefits and could further threaten regional stability. Instead, we urge President Obama and President Putin to act now—use the G20 platform this week to intensify peaceful efforts to stop the bloodshed and expand humanitarian aid to those in need.”

Also yesterday, more than 200 demonstrated outside the US Embassy in London. Labor MP, Jeremy Corbyn, called on the US Congress to vote against a military strike. Demonstrations have also taken place in other areas of London, in Boston, Washington DC, Los Angeles, and Houston, in Ottawa, Canada, Sydney, Australia, Frankfurt , Germany, Japan, Pakistan and Syria as well as online at Twitter under the hashtag #Syria.

The US Congress is expected to begin debate on the Syrian military strike next Monday, September 9th.

US PUBLIC DOES NOT SUPPORT US ACTION IN SYRIA

A Pew Foundation survey of 1000 adults conducted August 29th through September 1st shows that US public opinion opposes US Syrian airstrikes. “By a 48% to 29% margin, more Americans oppose than support conducting military airstrikes against Syria in response to reports that the Syrian government used chemical weapons.”

TAKE OUR POLL BELOW.