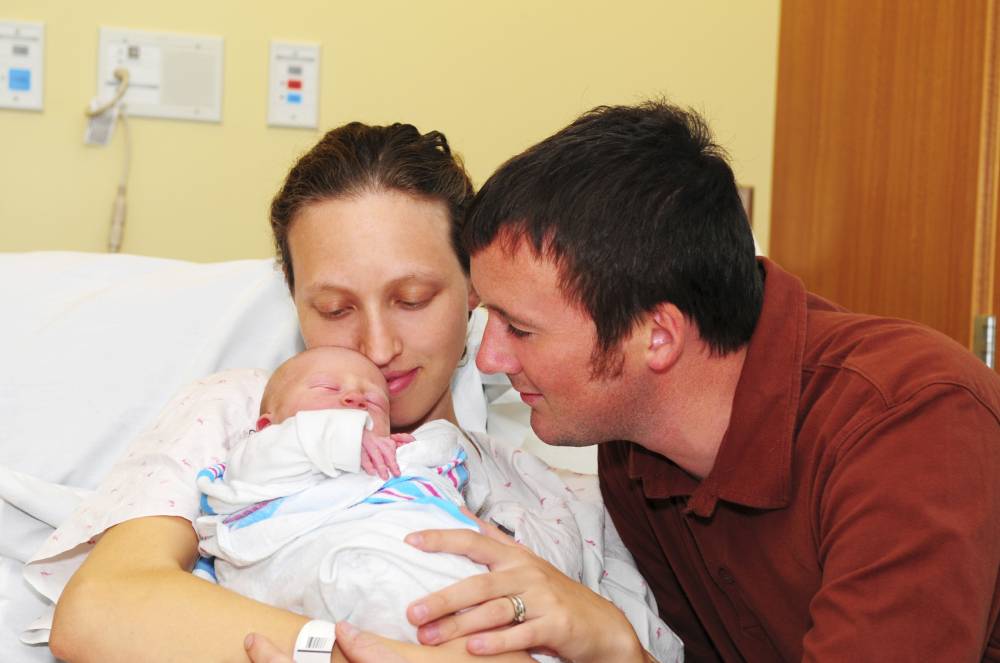 I saw one of my HypnoBirthing clients, Jenny, at one of my postpartum workshops last month.  She was eager to tell me about her hospital birth. One of the first things she said was, “I still can’t get over that digital clock!  It was horrible!” Well, that certainly piqued my interest.

When Jenny arrived to her assigned birthing room, she said a large digital wall clock was started – a timer, so to speak, that would track the length of her labor.

She was told she had ten hours. Meaning, they wanted her to dilate one centimeter per hour on average. This wasn’t the first I’d heard of this time limit – a doctor once told me the same thing. But this was the first I’d heard of the clock. Remarkably, the hospital staff didn’t discuss with Jenny how long she labored at home before coming to the hospital. No matter, apparently. She had ten hours, regardless.

One of my labor doulas told me she witnessed the same “protocol” when she was attending a birth at the same hospital. When the birthing mother was fully dilated, the clock was re-set back to zero.  “You have two hours to get the baby out. Otherwise,” said the nurse on duty, “a C-section will be required.”

Required?  I decided to do some research.

“Because-We-Said-So” Childbirth Protocols
Just for a moment, let’s give these doctors the benefit of the doubt. It seems there is a concern about the risk of prolonged labor.

“Prolonged labor” is defined by the World Health Organization as labor lasting “longer than 24 hours”. In my research I encountered other medical agencies which corroborated this. Thus, this barely-double-digit, round number of ten is recklessly arbitrary and unsubstantiated.

When hospitals and/or obstetricians implement policies and protocols – such as keeping women on their backs or depriving them of food and water during labor (both of which increase risk and slow labor) – one of the first questions to ask is this:

How does this serve the birthing mother and her baby?

A Call for Common Sense
It would be difficult, if not impossible, for any woman to relax under such duress, no matter how much she prepares for a calm birth with HypnoBirthing, yoga, meditation or any other method known to keep endorphin levels high and stress hormones low. Jenny’s instinct was perfect when it came to this clock; she instructed her husband to cover it with a sheet. But each time the nurse re-entered the room, the sheet was yanked down.

In and of itself, prolonged labor isn’t even dangerous. Prolonged means just that: a longer, slower labor. For what it’s worth, the average labor for a first time mom is 12-18 hours, according to WebMD, and their definition just applies to active labor. (Early labor can last much longer.) The course of a woman’s labor is more art than science. For some, labor can be stop-and-go for days. Tiring? Perhaps. Dangerous, no.

So that digital clock with its 10-hour “alarm” isn’t serving women. It’s just another way to set the stage for a C-section – the most common major surgery in the U.S.

First Do No Harm
This isn’t just about vaginal birthing for the joy and gratification of it, though that should not be discounted. Cesareans are significantly more dangerous.

As for the baby, in a neonatal mortality review, the World Health Organization reported:

”Cesarean section and intrapartum complications were associated with neonatal death. In an urban population with good access to professional care, we found a high neonatal mortality rate, often due to preventable conditions.” [emphasis added]

Women shouldn’t settle for providers who impose arbitrary time restrictions on them, because such practices are sending too many women off to the operating room when they were simply experiencing normal, healthy births. The U.S. Cesarean rate continues to climb annually, and is currently at its highest rate ever, affecting 1 in 3 women and babies.

The system is failing us.

Internal Conflicts
An article in Time last February entitled Bitter Pill, by Steven Brill, reveals that pharmaceutical- and hospital-lobbyists succeeded years ago at getting Congress to categorize hospitals as non-profit entities while allowing them to make profits. This has created an inherent conflict-of-interest in the healthcare industry. Because these “non-profit hospitals” can make profits, earning money is precisely what drives them.

One of the hospitals featured in his article was our own local Stamford, CT hospital. He reported, “Stamford Hospital managed an operating profit of $63 million…That’s a 12.7% operating profit margin, which would be the envy of shareholders of high-service businesses across other sectors of the economy.”

He goes on to point out that it’s not uncommon for hospital administrators to earn 7-figure annual salaries. It’s the best of both worlds, if their conscience doesn’t kill them.

So you see, what presents itself as a dot-org is actually a dot-com.

Connecting the Dots
What does this have to do with childbirth? Labor and delivery is the #1 revenue driver for many hospitals. But, the irony! The United States is widely considered the sickest country in the developed world. Cancer, heart disease, obesity, diabetes, you name it. And yet somehow the medical industry has achieved a most unlikely and impressive feat:  It has taken the healthiest among us – our young, pregnant women – and convinced them they’re unwell before labor has even started. Too many low-risk women seeking normal, uncomplicated births are being pressured with protocols that increase childbirth risk, such as Pitocin to induce or “speed up” labor, continuous electronic fetal monitoring, and deprivation of the most fundamental need for survival – food and water. (What next, oxygen?)

It’s too bad that natural birth generates the lowest possible revenue for hospitals, whereas cesareans not only generate the highest (it is “major surgery”), but they take under an hour. How unfortunate that revenue must be a part of this conversation at all.

The Tipping Point
Right around this point in any article that supports a birthing woman’s choice and freedom, there always seems to be a disclaimer where the author feels the need to acknowledge that cesareans have saved lives. I can’t blame them – they have saved lives. They have been the right choice for many women and babies who were facing risks greater than the surgery itself. In fact, a few cases come to mind. This is why cesareans should and do exist.

But there is a tipping point, where cesareans stop saving lives and start taking lives. According to the Center for Disease Control’s Pregnancy Mortality Surveillance System, a pregnant American woman today is more than twice as likely to die from pregnancy- and birth-related causes as in 1987. A woman is five times more likely to die in childbirth in the United States than a woman in Greece. And California has seen a tripling in maternal mortality in recent years. After analysis, C-sections were identified as a “major contributor” to the trend.

So let me say this:  Vaginal births are saving lives, too.

Our national cesarean rate of 1 in 3 women is a warning to us all. It’s not that providers should stop performing C-sections – it’s that they should stop pushing interventions and protocols that are known to lead to C-sections. It is appalling that a woman’s birth is somebody’s opportunity to get richer. But this is the country we live in, and because this medical model isn’t likely to change…

We must take greater responsibility for our health, our bodies, and our babies. We have to stop buying into the “doctor’s orders” way of thinking, and remind our doctors that we’ve hired them, so it’s their job to serve us. One human being has no moral or legal right unilaterally to “require” tests, protocols, procedures or surgery on another. Constitutional informed consent laws support this.

Women recall and recite their birth stories thousands of times throughout their lives. What an injustice to leave any woman wondering if she was possibly robbed of a safer, better birth. How a mother and her baby experience birth, and the early-bonding hours that follow, has a profound effect on them both.

Whether her birth is natural, medicated or surgical, a woman deserves to be emotionally at peace with her birth all her life.

A Final Push
When the clock hanging over Jenny’s head was at eight hours and counting, her doctor entered the room, smiling with a spring in her step. For one woman it was the middle of her labor; for the other, the end of her workweek.

“Look,” her obstetrician began. “It’s three o’clock on a Friday and I’m leaving in two hours. I’m not on call this weekend, and I don’t know which of my colleagues you’ll end up with at five o’clock. So, what do you say? Do you want the A Team to deliver your baby or the B Team?”

“Thank you, doctor,” I wish Jenny had said, “but I think you neglected to consider that maybe I’d like to deliver my own baby.”

Cynthia Overgard is an internationally-published childbirth writer and the owner/founder of HypnoBirthing of Connecticut, a full-service prenatal education center in Westport (HypnoBirthingCT.com).  She holds an MBA in finance and left her corporate career in 2005 to pursue her life mission of educating and empowering women in birthing.  Cynthia lives with her husband and children in Westport, CT