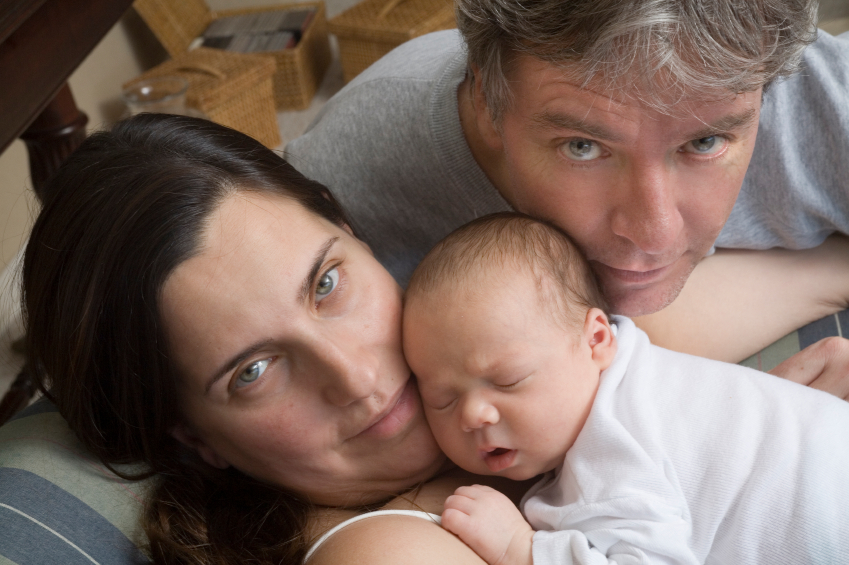 Babies don’t sleep through the night until between two and three years of age. I wish this weren’t true. I wish I had a magic wand that would take away the challenge of night waking, but I’m afraid it comes with the territory. The good news is that it does get better; the bad news is that it’s not over as soon as we’d like.

Informal and formal research confirms this. kellymom has a great page on her site listing several studies of normal sleep. Here are some provocative quotes from the abstracts of these studies. Quotes link to the study:

84% were not sleeping through the night at six months.

…night waking at the end of the first year is a common developmental phenomenon.

The increase in night waking towards the end of the first year coincides with significant socio-emotional advances which characterizes this developmental stage.”

It is not until after 24 months that regular night waking (requiring attention) becomes much less common.

Babies who slept well at night were exposed to significantly more light in the early afternoon period.

“Infants who were breast-fed into the second year did not develop sleep/wake patterns in conformance with the norms. Instead of having long unbroken night sleep, they continued to sleep in short bouts with frequent waking…The sleep/wake development accepted as the physiologic norm may be attributable to the early weaning and separated sleeping practices in western cultures…As prolonged breastfeeding becomes more popular in our society, the norms of sleep/wake patterns in infancy will have be be revised”

WHAT CAN WE DO?

If our culture appears to be in a state of illusion regarding babies’ sleep habits and parents’ ability to control them, it is because we are a bottle feeding culture. A breastfeeding culture has different norms. On good days, we know this. On bad days, we want to make sure we’ve tried everything we can just in case there is something to be done about night waking. Here are some things to consider:

Is your baby hungry?

Is the room too hot or too cold? Is the baby’s clothing right for the temperature of the room?

Is your baby overstimulated? (Does your baby feel, see and hear things more acutely than other babies? Those with low sensory thresholds wake more at night.)

Is your baby teething?

Is your baby sick or getting sick?

Could your baby be having dreams or night terrors?

Is your baby overtired?

Is your baby active enough during the day?

Is your baby sensitive to anything in his or her diet?

Unusual things that could keep a baby awake at night include: inadequate cortisone levels, cerebral allergy, allergic-tension fatigue syndrome, low blood sugar, central nervous system, glandular or mineral imbalance, mold in mattresses, petrochemicals, down comforters, or sleeping bags. These, of course, are things to talk about with your health care practitioner.

The vast majority of the time, however, night waking is perfectly normal. All we can do is change ourselves: don’t take night waking personally;  stop feeling sorry for yourself; make time and space to have a nap; practice relaxation techniques and keep everyone’s blood sugar up. The rest is grace. May you have that grace.

Peggy O’Mara is the editor and publisher of peggyomara.com. She founded Mothering.com in 1995 and was its editor-in chief until 2012 and she and was the editor and publisher of Mothering Magazine from 1980 to 2011. The author of Having a Baby Naturally; Natural Family Living; The Way Back Home; and A Quiet Place, Peggy has conducted workshops at Omega Institute, Esalen, La Leche League, and Bioneers. She is the mother of four and grandmother of two.