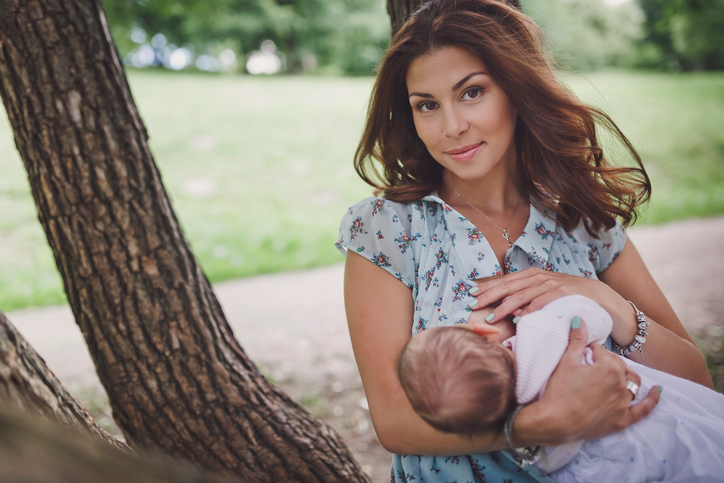 The World Health Assembly (WHA) is the decision-making body of the World Health Organization (WHO) and delegates from WHO member states meet every year in Geneva, Switzerland to determine policy, appoint directors, supervise financial policies, and approve the budget. This year’s meeting took place May 21st through the 26th.

One of the items on this year’s agenda was a resolution on Infant and young-child feeding that references the International Code of Breast-milk Substitutes. This volunteer code was adopted by WHO in 1981 and prohibits advertising or promotion of

From the beginning the Code has been controversial and 49 countries, including the US, have done nothing to enforce it. However, another 135 countries have at least some form of legal measure in place covering some provisions of the code. At the recent World Health Assembly meeting, activists and member states hoped to introduce a resolution that would establish stricter guidelines for governments in establishing control over the sale and marketing of breast-milk substitutes.

“It is encouraging to see more countries pass laws to protect and promote breastfeeding, but there are still far too many places where mothers are inundated with incorrect and biased information through advertising and unsubstantiated health claims. This can distort parents’ perceptions and undermine their confidence in breastfeeding, with the result that far too many children miss out on its many benefits.”

US DELEGATION WATERS DOWN RESOLUTION

As has been widely reported, the US delegation to the World Health Assembly pushed back against the resolution and tried to water it down. When this failed, the US resorted to threatening to withdraw aid and assistance from countries, like Ecuador, that supported the resolution.

While the final document preserves most of its original wording, the US was successful in getting language removed that called on WHO to provide technical support to member states that want to establish control over the sale and marketing of formula and insisted that the words “evidence-based” accompany any reference to long-standing breastfeeding initiatives. According to the New York Times,

“The confrontation was the latest example of the Trump administration siding with corporate interests on numerous public health and environmental issues.”

Health and Human Services (HHS), however, defended the actions of the US delegation to the WHA. According to HHS spokesperson Caitlin Oakley,

“The issues being debated were not about whether one supports breastfeeding. The United States was fighting to protect women’s abilities to make the best choices for the nutrition of their babies. Many women are not able to breastfeed for a variety of reasons, these women should not be stigmatized; they should be equally supported with information and access to alternatives for the health of themselves and their babies.”

CHOICE IS A RED HERRING

Despite her protestations, Ms. Oakley, formerly of the Beer Institute, speaks the language of industry. The formula industry cannot refute the science, so they frame infant formula as an issue of choice rather than as a health care imperative. In fact, in the weeks leading up to the May meeting, articles about women feeling pressured to breastfeed increased in the press. This is a public relations tactic that began earlier this century when efforts to ban formula promotion bags in hospitals began to have an effect.

In June 2006 in response to the Ban the Bag campaign, Massachusetts state representative Helen Stanley (D-Second Essex) introduced House Bill 2257 to protect a new mother’s right to receive formula sample bags in the hospital. A petition in support of the bill was hosted on the wesbite, momsfeedingfreedom.com—created to oppose the Massachusetts ban and sponsored by the formula industry. The url for momsfeedingfreedom currently links to the Infant Nutrition Council of America, “an association of manufacturers of infant formula, follow-up formulas or growing up milks.” Its press release in support of the WHA resolution, frames breastfeeding as a freedom of choice issue and aligns with the evidence-based language in the resolution:

“The Infant Nutrition Council of America and its members have always shared the goal of supporting and promoting the benefits of breastfeeding; however, many parents cannot or choose not to breastfeed.  In order to make informed nutrition decisions for their infants, parents have the right to access accurate information on appropriate and safe feeding options.  This is why the Infant Nutrition Council of America supports the final World Health Assembly resolution, which acknowledges the need for a sound science and evidence-based approach to infant and young child nutrition, and clearly supports and promotes the benefits of breastfeeding.”

The global baby food and infant formula market reached a value of US$ 50 Billion in 2017. While the formula market in Asia and the Pacific is expected to dominate the market, North America accounts for the second-highest revenue share. According to MarketWatch, one of the primary factors hampering growth of this market is stringent regulations regarding infant formula products.

No wonder the formula industry is on the offensive. More and more voices are calling for limits on formula marketing. The Ban the Bags campaign was so successful that today 79% of US hospitals report banning free formula samples. A 2016 letter in The Lancet , published as part of the series on breastfeeding, calls for regulation of formula advertising:

A 2016 study in The Lancet found that universal breastfeeding would prevent 800,000 child deaths a year across the globe and yield $300 billion in savings from reduced health care costs and improved economic outcomes for those raised on breastmilk. Breastfeeding promotion is settled policy and US health organizations responded strongly to US Health and Human Services attempts to undermine WHA’s breastfeeding initiative. Here are some of their statements:

“Fortunately, the resolution was adopted with few changes, but it is unconscionable for the U.S. or other government to oppose efforts that promote breastfeeding. The consequences of low rates of breastfeeding are even greater for the health of children in resource-poor countries.”

“Toddler milk sales are expected to grow by 20% in developed countries from 2015 to 2020; in 2014, these milks comprised 39% of the baby milk retail market worldwide. The World Health Assembly has identified marketing of toddler milks as potentially detrimental to child health, and has called for restrictions on inappropriate promotion. To address these issues, the WHO convened NetCode, the Network for Global Monitoring and Support for Implementation of the International Code of Marketing of Breast-milk Substitutes and Subsequent relevant World Health Assembly Resolutions. All but one reference to the WHO Code was stripped from the WHA resolution that ultimately passed in May.”

“The National WIC Association condemns the US delegation’s opposition to the breastfeeding resolution and supports human milk as the best infant nutrition for the first year of life and beyond with the introduction of solid foods at the appropriate age. Read our full breastfeeding statement – which is in line with the American Academy of Pediatrics and the Academy of Breastfeeding Medicine – on our website.”

“Every two years the World Health Assembly (WHA) of the World Health Organization (WHO) entertains discussion regarding the International Code of Marketing of Breastmilk Substitutes (“the Code”) to reaffirm support for the document, strengthen its tenets, and fill gaps in the promotion, protection, and support of breastfeeding. The United States was the only country that voted against the Code in 1981 and has continuously offered little to no support for subsequent resolutions since then. The United States Lactation Consultant Association uses the Code as the foundation of its work and condemns the embarrassing and bullying behavior engaged in by the United States that threatens the health of mothers and infants worldwide. Breastfeeding is a public health imperative and should not fall prey to profit-driven motives of businesses who stand to gain when breastfeeding fails.”

“The World Health Organization (WHO) recognizes that there are babies who need to use formula and it supports the safe use of infant formula when needed. Despite claims to the contrary, there was nothing in the original World Health Assembly resolution or WHO documents that called for limiting or denying women’s access to infant formula. This is disinformation pushed by the formula industry and amplified by the Trump Administration. While it is encouraging to see President Trump stating on Twitter that he doesn’t believe women should be denied access to a product that might be medically necessary, the reality is that infant formula is widely available. Moreover, it is wrong to suggest, as the President did, that infant formula is a solution to malnutrition and poverty. In fact, research conducted by 1,000 Days together with the World Bank, WHO, UNICEF and others shows the opposite: countries lose billions of dollars each year in the form of avoidable health care costs and lower wages as a result of low breastfeeding rates.”

“When maternal and infant morbidity and mortality are at stake, any actions by organizations or governments that elevate corporate profit over public health are inexcusable. The U.S. and its leadership must stand up to industry lobbyists and support, promote and protect the health of parents and babies. The USBC stands prepared and committed to lend our expertise to future efforts to support breastfeeding as the first food, both within the U.S. and in collaboration with our global family.”

The US has continually refused to put any limits on formula advertising even though research shows that it undermines breastfeeding.  While this recent incident is no exception, it is more transparent. The good news is that a rising chorus of international voices now calls for implementation of the Code.

For related articles, see “The Who Code” , “Ban the Bags Redux” and “Choice is a Red Herring.” 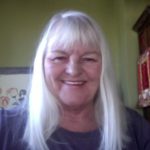 About Peggy O’Mara. I am an independent journalist who edits and publishes peggyomara.com. I was the editor and publisher of Mothering Magazine for over 30 years and founded Mothering.com in 1995. My books includeHaving a Baby Naturally, Natural Family Living, The Way Back Homeand A Quiet Place.Ihave conducted workshops at Omega Institute, Esalen, La Leche League, and Bioneers. I am the mother of four and grandmother of three. Please check out my email newsletter with free tipson parenting, activism, and healthy living.