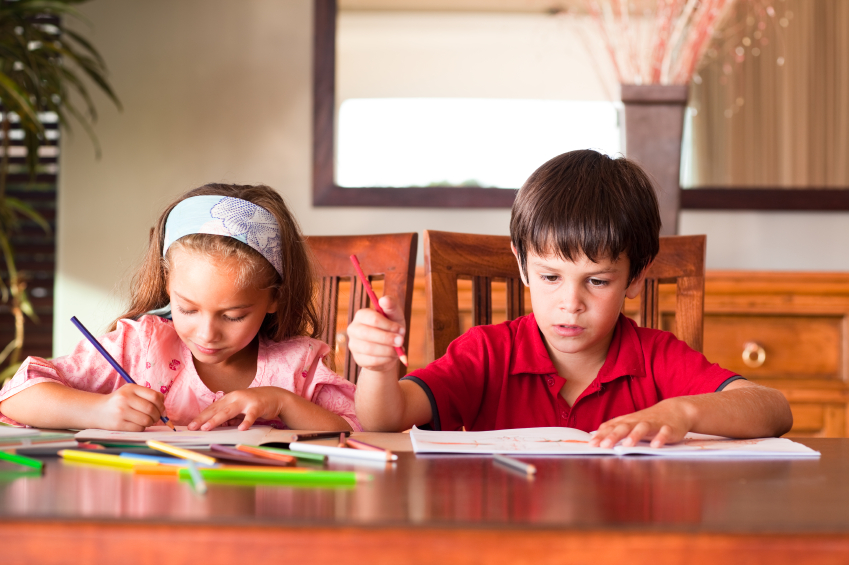 This year marks the thirty-eighth year I’ve been involved with homeschooling. When I look back on the last four decades, it’s been an amazing experience—not only for me personally, but for all of us involved in this profound educational movement.

What has made the homeschooling movement most remarkable is that it was not guided by one charismatic leader or driven by a small group with common political or religious beliefs. Since the modern homeschooling movement began in the 1960s, it has always been composed of a wide variety of thinkers and doers: back-to-the-land homesteaders, new age hippies, right-wing fundamental Christians, academic idealists, public school educators, and many others. This diverse group, united only by love for children and a desire for educational freedom, has dramatically changed the educational landscape throughout the US and created new opportunities for learning throughout the world.

Beginning as a small movement of about 10,000 students, amidst laws that banned it in almost every state, homeschooling gradually became a recognized, legal option for parents throughout the US and a significant player in the educational field. There are now over two million students, dozens of homeschooling magazines and websites, hundreds of homeschooling curriculum providers and K-12 distance learning schools, and thousands of local homeschooling groups. 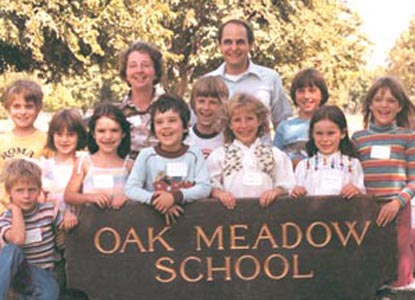 I became involved in homeschooling in an unusual way—by starting a small school in California. It was 1975, and I had just completed teacher training at the Waldorf Institute in Garden City, New York. I was unable to find work as a Waldorf teacher, so I took a job as the business manager for Happy Valley School in Ojai, California and moved there with my wife, Bonnie, and our three children.

After a few months we found that the local school wasn’t a good fit for our children, and we started thinking about teaching them ourselves at home. Being young and naive, I called the state Department of Education and asked how we could do it. It turned out to be a life-changing conversation.

“Do you have a state teaching credential?” asked the man on the phone at the DOE.

“No,” I replied, “but I have a Master’s degree in education.”

“Nope, that’s not good enough,” he responded. “You need a state teaching credential.”

I couldn’t believe that was the end of it. Looking for some unofficial advice, I asked, “Isn’t there another way we could do it?”

“And could my children be part of that school?”

“Sure. You could teach them and as many kids as you want.”

Dumbfounded, all I could say was, “Thanks for your help!” I hung up the phone. Standing there, looking out the window, my mind exploded. Start a school! Why not? I had a degree in business, experience as a school business manager, and I was a trained Waldorf teacher. Bonnie was a skilled administrator and loved working with children. So we started Oak Meadow School and began teaching our children and about 40 others. 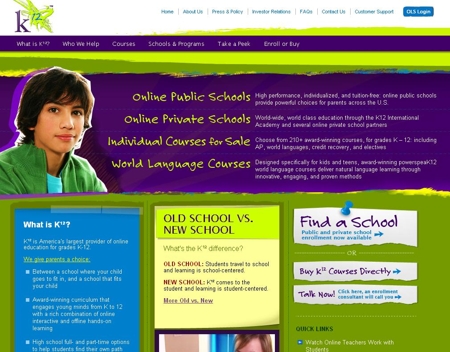 Although the recent growth in the homeschooling movement has benefited homeschoolers by providing more support, it has also introduced new players in the homeschooling field—large corporations, political lobbyists, investors, and power brokers. As the recognized Next Big Market, with billion-dollar annual purchases and rapid growth, homeschooling has entered a new phase in its evolution. Now, homeschooling is not just about a shared love of children and a desire to help them learn, it is also about money. Big Money.

Of course, many for-profit companies, including Oak Meadow, have provided a variety of curriculum materials and educational programs for homeschooling families for decades, so the entry of more for-profit corporations into the homeschooling marketplace didn’t suddenly change the nature of homeschooling. What has changed is the sheer size and the business practices of the companies themselves.

Two examples of these new corporate players are Connections Academy (owned by Connections Education) and K12 Inc. Both of these are for-profit corporations, and both gain most of their income from agreements with public schools that allow them to receive public funds for online public school enrollment and thus, like all public schools, provide enrollment free to students. With 40,000 students enrolled in 21 states and annual revenues of $190 million, Connections Education was recently acquired for $400 million by Pearson, an international media company with businesses in education, strategic business information, international television production, and consumer publishing.

As large as Connections Education may be, it is a far second to K12 Inc., a for-profit education company founded in 1999. Like Connections Education, K12 sells online schooling programs to local and state governments for use in public or charter schools, and these schools then provide the K12 programs to homeschoolers as alternatives to traditional public education. Through its network of 54 schools in 33 states (including such “homeschooling schools” as Laurel Springs and Keystone), K12 enrolls about 110,000 students in its programs and has grown in the last six years from $141 million in annual revenue to $848 million. As with Connections Education, the most interesting part of K12’s growth is that the vast majority of its revenue comes from taxpayers.

According to sourcewatch.org, $730.8 million out of the $848.2 million K12 earned from its operations in the fiscal year ending June 30, 2013 came from US taxpayers. How is this possible? Through extensive lobbying. K12 has used lobbyists and political contributions to change state laws to enable the company to receive money directly from state and local governments for their online programs. According to PRWatch.org, K12 Inc. hired 153 lobbyists in 28 states from 2003 through 2012.

The money that K12 and Connections Education are paid is the same amount that public schools receive for each student, even though their online programs have no brick-and-mortar classrooms and therefore many fewer expenses. As US taxpayers, we are all providing the money for the growth of these companies, whether we’re using their services or not. Homeschooled students flock to these companies because enrollment is free. However, as sourcewatch.org points out, “the services are far from free as they divert taxpayer dollars from the public school system to a private for-profit firm.”

Clearly, K12 and Connections Education are no mom-and-pop businesses created to provide educational resources to homeschoolers. This is Big Business, designed from the beginning to make a few people very, very wealthy. With the advent of these and other large, aggressive corporations, homeschooling is no longer growing by parents talking to their friends and neighbors. The growth of homeschooling is now being driven by large corporations intent upon maximizing profits for their shareholders and doing whatever is necessary to make that happen.

FOR THE LOVE OF THE CHILDREN 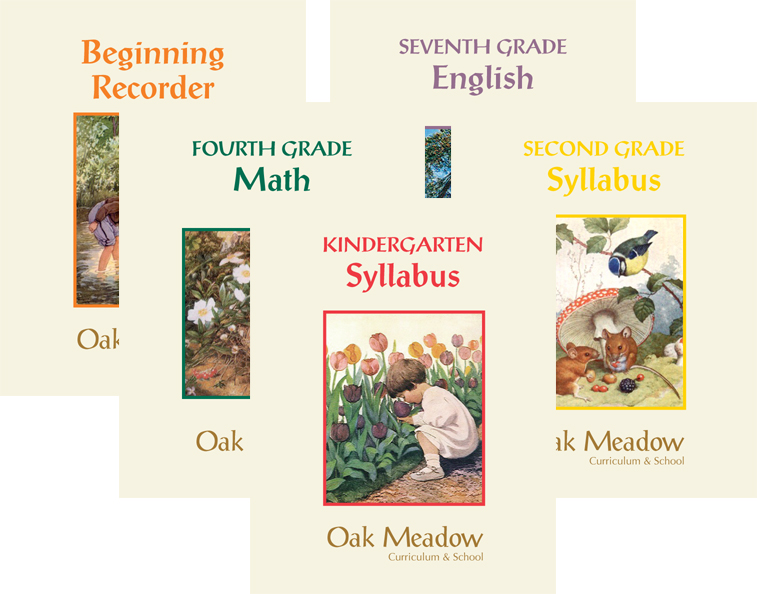 I’ve been an entrepreneur for most of my life, and I have nothing against money and corporations. We’ve all benefited from the vision and genius of entrepreneurs like Steve Jobs, Bill Gates, Oprah Winfrey, Jeff Bezos, Mark Zuckerberg, and Arianna Huffington. There’s nothing innately wrong with investors looking for opportunities in a new market; their profits enable them to grow and more effectively meet the needs of their customers.

The corporate invasion of homeschooling, however, is different. Homeschooling is education, the end users are children, and children are our future. Letting Big Business into that realm jeopardizes our children and our future so that a few can become wealthy. We’ve monitored the educational results of large for-profit corporations and have seen the damage caused to parents and children who have enrolled in these “free” corporate programs through public schools (for more, see Stephanie Saul’s “Profits and Questions at Online Charter Schools,” New York Times, December 12, 2011; and Wesley Blixt’s “Say ‘no’ to K12,” The Recorder, June 17, 2013).

In the early days of homeschooling, those of us who were involved weren’t interested in changing the educational establishment. We believed that the existing educational system was so broken that it couldn’t be fixed, so we weren’t even going to try. We simply believed that homeschooling would help make the world a better place—that the most powerful way to change the world was by providing opportunities for children to express their innate intelligence, sensitivity, and creativity. Homeschooling has grown as quickly as it has for one reason: it’s motivated by love for our children and the beauty and potential we see within them.

These same ideals remain at the heart of Oak Meadow today. As we’ve grown over the years, we’ve tried our best to stay close to that vision. As we were developing Oak Meadow, we organized it as a for-profit corporation because that enabled us to be more nimble, flexible, and responsive to the changing demands of the homeschooling marketplace. At that time, we believed that schools and other educational companies could be organized as for-profit businesses without sacrificing the quality of education. To some extent, I even believed then that non-profit schools were a relic of the past and that more innovative educational approaches could be found in for-profit corporations than in non-profit organizations. 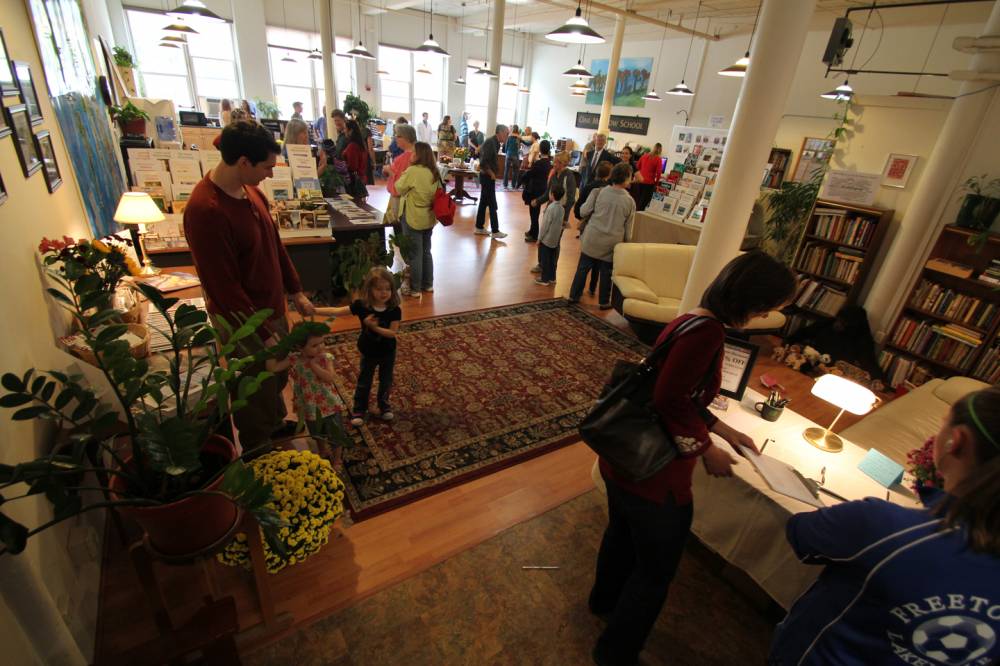 There are certainly some innovative ideas coming out of for-profit organizations, and there are clear examples of non-profit schools that have become old, stodgy, and unresponsive to the needs of their students. In the past few years, however, as I’ve watched the tactics of for-profit educational corporations in the homeschooling arena and witnessed their efforts to constantly maximize profits at the expense of educational quality (even when those profits are already substantial), I now understand why educational institutions have traditionally applied for and been granted protection as non-profit organizations.

I’ve finally realized that education and for-profit organizations don’t mix. Perhaps the thrill of enormous profits inherent in the for-profit world is simply incompatible with the educational arena in which compassion, integrity, and self-sacrifice are valued so highly. If we want to teach our children to become strong, intelligent, compassionate adults—and thoughtful members of the global community—that can be best accomplished through a business structure that sets an example of disciplined, responsible, ethical behavior.

Over the years, we’ve had many offers to sell Oak Meadow, but on each occasion it was clear that the motivation of the buyers was for profit, not for children. Many other homeschool organizations have started, grown, and been sold to large for-profit corporations since we began, and the number of heavily-capitalized for-profit educational corporations seems to be increasing daily.

In this environment, we feel that allowing Oak Meadow to continue as a for-profit corporation jeopardizes our mission and our commitment to thousands of homeschooling parents and children around the world. For this reason, and to do our best to ensure that Oak Meadow’s compassionate, holistic, experiential form of education will survive for decades to come, we feel it’s time for us to swim upstream against the current, the way all reputable schools have over the ages. We have decided that Oak Meadow will cease being a for-profit corporation and will become a non-profit educational organization, irrevocably dedicated to providing quality education for the benefit of children worldwide.

In doing this, we realize that we’re giving up the potential to reap huge salaries, profits, and bonuses, but what we gain is much more important: the long-term stability and mission-focused dedication that enables Oak Meadow to continue offering the same progressive, high-quality curriculum and services that we have offered for almost 40 years. In the end, the children and future generations will be the big winners. For all of us at Oak Meadow—and for millions of present and future homeschoolers—that’s what is most important. 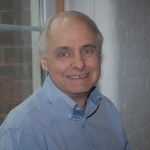 Lawrence Williams, Ed.D. is a pioneer and innovator in the homeschooling movement whose early work in the field helped homeschooling gain widespread acceptance and legal status. He has over 40 years of educational experience and is the author of numerous articles, books, and curriculum materials published by Oak Meadow.