I love board games, always have. We played cards and board games when I was growing up and the tradition has continued with my own family. When my children were teens, I made Sunday a mandatory family day and we would often play board games. Even now when they are all grown up, they come up on Sundays to eat and play board games and we especially love to play games during the holidays when everyone is together.

I’ve done a lot of research on the best board games because I wanted to add something new to our repertoire and was looking for more games that two people can play. Here are some of our current family favorites.

CLUE AND TICKET TO RIDE 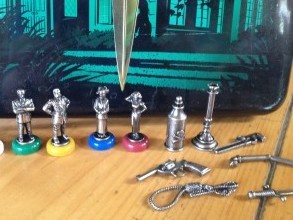 My favorite classic game is Clue. I prefer the 50th Anniversary edition because it has metal characters, and weapons and the board is attractive and has a classic feel. I’m partial to games that are beautiful.

The newest Clue has the clever addition of a swimming pool in the center of the board where players have to go before making an accusation, but the characters, weapons and the Clue Detective Sheets are poorly designed.

The 50th Anniversary Clue Deluxe Edition in Metal Tin is a Parker Brothers game and retails for $79. 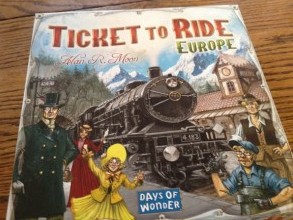 Our current favorite game is Ticket to Ride Europe. It can be played with two or more players and can get really exciting.

One chooses destination cards and then uses small plastic trains to complete the various routes, getting points along the way. 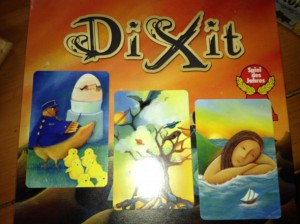 Several new games, including Small World and Tobago are beautiful and clever but take too a long time to learn. Just reading the instructions of Small World took us three hours. From this experience, we decided that one criteria of a good game is a one-page instruction sheet.

I bought another new game, Settlers of Catan, but we haven’t yet played it. It also takes a while to learn but has been named a top game. We like two games that are new to us, but are already well-established. Scattergories and Balderdash. Balderdash is better with more than three people and Scattergories is great for the English majors in the crowd.

Dixit. is a really beautiful new game.The cards you use to play are colorful and evocative and I think this would be a great game for families with young children. Cranium is a really fun game to play with a bunch of people, especially if you want to be silly and laugh a lot!

I love the classic games of Chess, Backgammon, Go and Mahjong and would play Mahjong a lot more if it wasn’t a game for four players. I found one site online that ranked Risk as the number one most popular game and it can be fun too though I think the older versions are more visually satisfying.

Another classic is Chinese Checkers and we got a wooden and glass bead set from Melissa and Doug for ourselves for Christmas one year. Chinese Checkers is a surprisingly elegant, fast paced and heart pounding game, especially when played on such a visually inspiring board.

One of my favorite games in Mancala. This deceptively simple game employs glass beads that are moved around the board and nvolves quick thinking and sophisticated strategy.

Another beautiful game that would be great for homeschoolers is Bird Watching Trivia Game. Even the beginner questions are difficult, but the game would be a great way to learn more about birds.

Here are some board game links to check out:

Best Board Games of All Times

Beyond Monopoly: The 15 Greatest Board Games of All Times

What are your family’s favorite games?